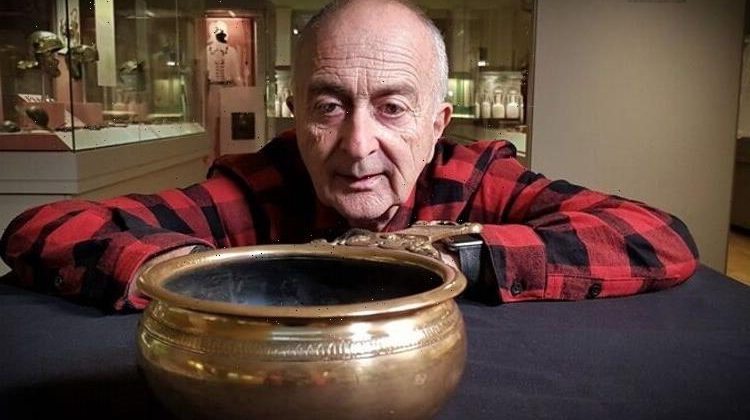 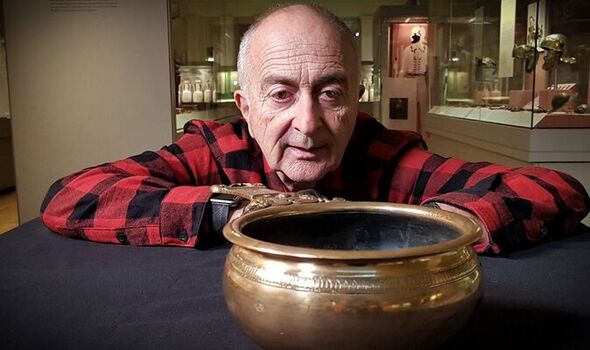 Asked to describe it, he says, laughing: “It’s blue, it comes down to my knees and it was from my mother-in-law so I thank her deeply.” The genial actor and broadcaster found fame in the comedy series Blackadder then parlayed his passion for history into two decades and counting of TV shows aimed at throwing fresh new light on bygone times.His latest Channel 5 four-parter, Tony Robinson’s History Of Britain, might be best described (if he’ll forgive me) as a Baldrick’s eye view of the past after his servant character in the Ben Elton-Richard Curtis comedy, telling the stories of ordinary, unglamorous Britons who kept us going over the centuries. Each episode dives into a different tumultuous era, from the Romans to the Middle Ages, the Edwardians and the 1950s, revealing fascinating – and often funny – stories of unsung Britons, a sort of Horrible History for adults.

For too long, Robinson explains, ordinary folk were absent from history because it tended to be recorded by the wealthy, something he is passionate about correcting.

“We have this thing called history which we have grown to think of as being the only truth about what happened in the past, when in fact it’s very partial and only represents the lives of a very small number of people,” he explains.

The first episode featured a pendant discovered in Roman ruins near Leicester bearing the names of an actress, Verecunda, and a gladiator, Lucius. Using this token as a starting point, Robinson goes in search of this Roman “Posh and Becks”.

The presenter, who helped popularise archaeology, hosting the hit show Time Team for two decades, visited Britain’s best-preserved Roman theatre at Verulamium in Hertfordshire, where Verecunda may well have performed. And he learned about the gladiatorial training and weaponry Lucius would have had to master before fighting in one of Roman Britain’s theatres of death.

In later episodes, Robinson tries a privy, tells the story of a stoker who survived the doomed RMS Titanic, endures dentristy Edwardian-style, and can barely contain his glee at zooming about in an ancient if beautifully preserved Morris Minor.

Bringing these stories to life, he explains, helps challenge the obsession with kings, queens and dates that have traditionally constituted our main link to our collective past.

“People are finally coming to understand their own genealogies are important, and in the last 30 years our own history has become available in a way like never before,” he says.

“This can be just as exciting as the history of Queen Elizabeth I or King Alfred. One of the most exciting things is that more people have begun to understand history is something that is constantly contested. It’s always been debated and challenged but it tended to happen within the ivory towers of academia amongst about 30 people.

“But now, and I think this is to do with the fact there’s so much history on TV, we’ve come to understand there are as many histories as people in the world.”

A perfect example of the challenge to received history has been the recent furore over the toppling of the statue of slave trader Edward Colston in Bristol, where Robinson once lived. Such incidents are as old as statues themselves.

“If you go to any Roman or Greek museum, you’ll find 100 statues where the head has been glued on because when the statue was in the market square the original head was knocked off when the person it was celebrating was no longer in fashion,” he says. “Or the number of coins that have been restamped for another emperor. Or the fact that in the seventies all the statues of Stalin were pulled over.

“The irony about the Colston statue was that it wasn’t put up by people at the time. It was a PR stunt by wealthy merchants much later who wanted to celebrate themselves and the notion of their own respectability.”

The row exemplifies the current debate over colonialism, slavery and ongoing efforts to recognise the massive contribution of Commonwealth troops on the side of Britain during both world wars.

Robinson continues: “There is this fallacy that history is the truth. At best, it is a truth that has been decided by certain people at a certain time with certain interests at heart. For example, the enormous contribution of fighting forces from the Empire was completely missed out of the First World War for decade after decade.

“For people, many of whom are fascinated by history, to now be offended because other people want to assert the role of black people in history is a rather absurd contradiction.”

It’s reminiscent of the row ahead of the centenary of the start of the First World War when the then Education Secretary Michael Gove criticised teachers using Robinson’s beloved show Blackadder Goes Forth, claiming it wrongly depicted Britain’s military efforts as a “misbegotten shambles” run by an out of touch elite.

In fact, Robinson firmly believes such comedies have been crucial in introducing the FirstWorldWar to new generations.

“Of course, what it required was good teachers who could use it in an imaginative way in the classroom,” he says. “I think tragically he just didn’t understand what teachers actually do.” While history has always been open for discussion as far as Robinson is concerned, he concedes two “diametrically opposed ideas” are currently in violent collision with one another.

“One is the idea that, ‘Just because I feel something, that is right. I am offended if the opposite is out there and it is my right to attack it and destroy it’. That has nothing to do with history. I don’t think it has much to do with good human conduct either.

“Opposite to that, there is this idea of reappraisal which is helpful. Because, if you continue to live by the visions, morals and understandings of a history written 300 years ago, you’re going to tie yourself into the past in a way which is very unhelpful.

“History can be patchy at best. It always deserves rethinking and re-examination but that’s not the same as believing everything is wrong and offends you and therefore should be destroyed.”

Robinson blames this “new puritanism” or “wokeness” as a backlash against the idea that society would keep getting better if we work hard and contribute. “It’s probably not a very good model,” he admits.

“I think it’s much more likely that things happen in waves. Something one could call a new puritanism is around in what other people call ‘woke’ culture.

“But it’s happened time and time again. In America and indeed Britain in the 19th century there were a whole host of puritanical revivalist movements which lasted five to ten years and then disappeared but had an enormous effect for a short period of time.

“Various things kick-start them, whether it’s liquor, drugs, poverty or simply anger at people who don’t live the same sort of lives as us. I think we happen to be in one of these periods at the moment.”

Ironically, he says, our dependency on memory for much of our own history is flawed. Our eyes blink constantly so we don’t see 20 percent of what we’ve lived through. It well be at a in history we’ve had a very odd politicians’

“Our memories fill in the gaps, and change things as they go along. I always think our memory is a room where we’ve stuck a lot of Post-It Notes; we’ve only covered about a third of the available space, some of those Post-Its are upside down, some were written by other people, and others we can’t read, yet we believe our memory is wonderful.”

For his own part, Robinson, who has homes in London and Spain, is proud to have passed on his love of history to his daughter Laura Shepherd-Robinson, a bestselling historical thriller writer with two books under her belt, saying: “Every dad ought to be allowed the experience of having a daughter who becomes a runaway success.”

And looking back, he’s grateful for the path he has taken. “My grandad always wanted me to be a jockey. I think my size was the only reason, it wasn’t anything to do with my ability to ride well. My dad always wanted me to be a lawyer or politician, and there was a time in my late 30s when a lot of constituencies approached me and asked if I would consider standing for Parliament [for Labour].

“At the time, it was interesting but I’m now so glad I didn’t. I’m really much better at this than I would’ve been as a politician.”

A little too much common sense, perhaps? “It may well be that we’re at a moment in history where we’ve had a few very odd politicians,” he says. “But the chicanery and ineptitude has been there probably as long as we’ve had politicians.”

Now 75, he became Sir Tony in the 2013 Queen’s Birthday Honours, and has no plans to retire from writing and presenting.

“As long as I’ve got my health, I’ll carry on. Both my parents died with dementia and working can make your chances of avoiding early dementia better though, like an awful lot of these things, you can just be unlucky.

“It’s important to me that I don’t drink too much, that I eat well and that I do my 10,000 steps every day and keep working as long as I can. I’m not a new puritan – there are lots of days when I decide not to be that rigorous – but by and large it’s something I cling to.”

He’s been helped by the lockdown rescue dog – a West Highland Terrier called Holly Berry – whihe and his wife Louise adopted at the start of lockdown.

“The joy of our lives recently has been an animal almost completely shut down psychologically and physically because of cruelty who has gradually learned to blossom,” he explains.

“She’s learned to play, to be quirky, how to enjoy eating rather than with a kind of vicious desperation because it might be her last meal.

“All those things one looks for in a doting puppy, she’s rediscovered at the age of eight and that’s so moving.”

Tony Robinson’s History Of Britain is on Channel 5 on Saturday nights at 7.30pm and available on catch up via My5.