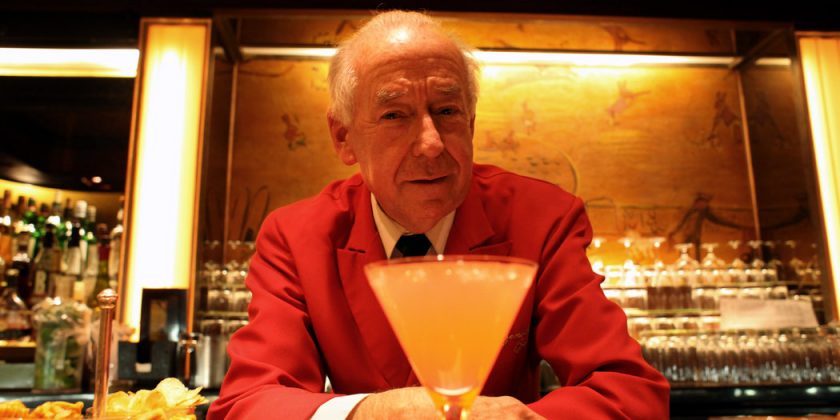 For 53 years, Tommy Rowles asked “What are you having?” to the likes of Elizabeth Taylor, Paul McCartney and anyone else who bellied up to the bar he presided over.

Some of them ordered a Tommy Rowles; after he had worked there for a while, a rum-and-cognac concoction named for him was added to the drink menu.

The place was Bemelmans Bar, in the Carlyle hotel in Manhattan. Mr. Rowles, who worked there until he retired in 2012, died on Nov. 11 at age 78.

His daughter, Sharon Connelly, confirmed the death. She said Mr. Rowles had dementia.

On the job at Bemelmans Bar, known for its murals by the artist Ludwig Bemelmans and its little tables with their little lights, Mr. Rowles mixed and poured for the famous and the influential. But whatever secrets they imparted, he kept. His guiding principle was that what happened in Bemelmans stayed in Bemelmans.

Still, he had a repertoire of stories that said a great deal without saying very much. He admitted to having shaken hands with John F. Kennedy. “I served Bobby and Teddy,” he said, “but not Jack. When they know they’re running, they don’t go into bars.”

And he often told of an early incident. It involved his fourth customer, former President Harry S. Truman. (And no, Mr. Rowles would not say who the first three were.)

“I didn’t know the protocol of talking to a Mr. President,” he recalled in “Always at the Carlyle,” a recent documentary directed by Matthew Miele. “I said, ‘Harry, would you like a little drink?’ ”

Mr. Rowles’s boss overheard the question and was not happy that the former president had been addressed by his first name. “He’s Mr. President to you,” his boss fumed. “You will not be here long.” 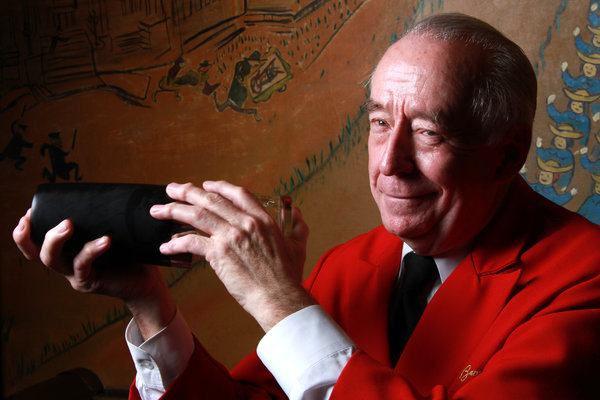 But Truman overheard that, and intervened. “I told that young man to call me by my name,” he told the boss, who said: “I’m sorry, very sorry, Mr. President. O.K. Tommy, go ahead.”

Mr. Rowles said Truman had ordered an Old Grand-Dad bourbon, and when Mr. Rowles told him he could never drink that, the former president said, “Well, take a look outside and tell me what you see.”

Mr. Rowles left his post in the windowless bar. “I looked outside and saw these reporters with cameras and microphones,” he recalled. “And I says, ‘I see a lot of reporters.’ And he said, ‘Yes, and if you had to walk 15 blocks with these guys following you, you’d drink this, too.’ ”

Mr. Rowles was born in Dublin on May 30, 1940. His father, Thomas, died when he was 2, and he said his mother, Winifred, worked at three or four jobs.

“She taught English literature,” he said, “but they paid her more to clean houses than to teach.”

In addition to his daughter, Mr. Rowles is survived by a sister, Helen Doyle, and a granddaughter. A brother, Dick, died this year.

He left Ireland for New York when he was 18. In the classified ads of The Irish Echo, he found a room for rent at Madison Avenue and 96th Street. Then he set out to find a job in a bar.

He started talking with the man behind the bar. “I said I’d like to be a bar boy,” Mr. Rowles recalled in 2012. “He said, ‘We call them bartenders over here.’ ” Then he told Mr. Rowles to report for work the next day.

Toward the end of his career, having made thousands of martinis, Mr. Rowles said there was a right way to make one.

“My secret is to forget about the vermouth,” he told FT Magazine, a weekly supplement of the British newspaper Financial Times. “I don’t know why people put it in. A bottle of vermouth, you should just open it and look at it.”