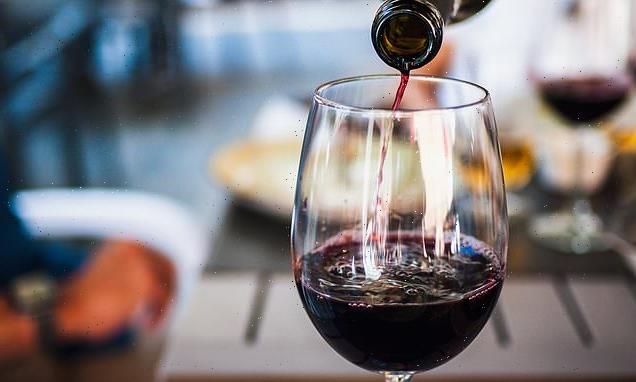 How I chuckled when I read in yesterday’s paper that there are people among us who believe chips, packets of crisps, jam and wine count towards the five-a-day portions of fruit and veg recommended by the health police as part of the ideal diet.

Such, anyway, is the finding by a team of researchers at Bournemouth University, who polled more than 750 respondents as they developed an app for monitoring users’ progress towards meeting their daily target.

Of those interviewed, almost a tenth said they believed chips and strawberry jam counted as part of their five-a-day, while six per cent thought crisps qualified — and a wishful-thinking two per cent said that a glass of wine counted as a portion of fruit.

Ho, ho, I thought. How dumb can some people be? 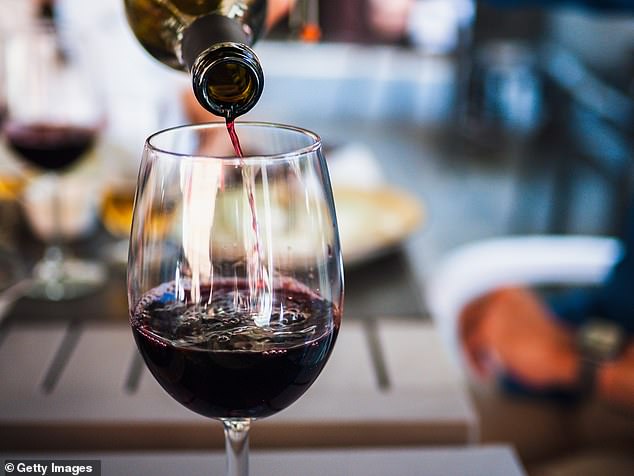 Wine (produced from fruit, of course) also contains vitamins — including thiamin, niacin, riboflavin and vitamin K, in the case of reds — though apparently in such small quantities that you would have to drink an awful lot of it

I don’t just mean that Britons confronted by pollsters are not always inclined to take the questions they’re asked seriously (if you remember how ‘Boaty McBoatface’ came out top in a 2016 poll to name a £200 million polar research ship, you will know what I mean).

So isn’t it possible that at least some of those who named chips, jam and wine among qualifiers for our five-a-day were having a little laugh? Certainly, if I’d been approached by Bournemouth University’s researchers, an irreverent part of me would have been strongly tempted to include chocolate eclairs and deep-fried Mars Bars in my list.

Nor can I help asking myself if it’s really so absurd to suggest wine and chips might have the health-giving properties of fruit and veg. After all, potatoes are a vegetable, rich in fibre and vitamin C, while the oil in which chips and crisps are cooked also contains vitamins and other stuff said to be good for us. Why shouldn’t they qualify?

Meanwhile, wine (produced from fruit, of course) also contains vitamins — including thiamin, niacin, riboflavin and vitamin K, in the case of reds — though apparently in such small quantities that you would have to drink an awful lot of it, as I do, to get anywhere near the vitamin doses deemed by the experts to be our daily requirement.

All right, I’m prepared to believe that deep-frying potatoes may reduce the nutritional value of both the veg and the oil, and that grapes may be better for our health before they’re turned into wine. I’m no expert, and I simply don’t know, one way or the other.

But my point this week is to ask whether the experts themselves really know what they’re talking about when they declare that a healthy diet should include precisely five portions of fruit and veg a day, amounting to 400g in total (or just over 14oz in old money).

All I can say for certain is that in the course of my 69 years, I’ve hardly ever eaten as much as 400g of fruit and veg in a single day — well, not if we’re to exclude potatoes and say that the hops and grapes in beer and wine don’t qualify as fruits.

To shock the experts further, I’ve smoked vast numbers of cigarettes, drunk countless gallons of bitter and oceans of red wine and eaten huge quantities of red meat and other food proclaimed to be bad for me — my particular favourites are rare steak and chips, almost anything in a creamy sauce and baked potatoes, smothered in butter.

Nor have I ever stepped into a gym since the day I left school.

Yet throughout my 43 years in full-time employment, illness kept me away from work for an average of only one day every ten years — and, touch wood, I still feel fine today.

Meanwhile, non-smoking colleagues who lived supposedly much healthier lives — counting the calories, drinking only in moderation and taking regular exercise — would be laid up in bed for weeks at a time, complaining of every ailment in the book.

All right, I’ve probably been extremely lucky, and no doubt I’m a fool to carry on ignoring official advice.

It’s just that whenever bossy-boots authorities come up with figures to back up their guidance, claiming that these are based on meticulous science, I can’t help taking their claims with a huge pinch of salt.

Take Christmas a year ago, when the Government’s scientific advisory panel, Sage, predicted that the new Omicron variant of Covid would cause between 600 and 6,000 deaths per day, unless ministers imposed a strict lockdown. 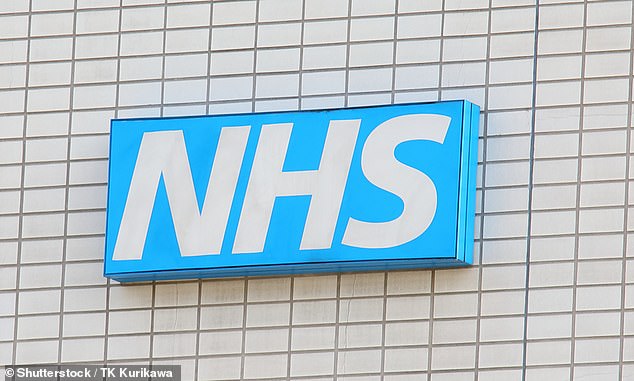 But I’m wholly unconvinced by the experts’ oft-repeated claim that smoking costs the NHS £2.4 billion a year and sets the UK economy back a further £13 billion through tobacco-related lost earnings, unemployment and premature death

For once, Boris Johnson ignored its dire warning, and allowed families and friends to celebrate together.

And as it turned out, deaths and hospitalisations attributed to Omicron amounted to only a small fraction of the know-all experts’ lowest estimate.

Or take my own disgusting habit of smoking. Let me say at once that I wouldn’t recommend it to anyone. Sceptical though I am about many official claims, the evidence that it can do terrible harm to one’s health is so overwhelming that even I accept it.

That’s not to mention the ruinous damage it can do to one’s bank balance, with cigarettes costing well over £13 a packet in my part of London.

But I’m wholly unconvinced by the experts’ oft-repeated claim that smoking costs the NHS £2.4 billion a year and sets the UK economy back a further £13 billion through tobacco-related lost earnings, unemployment and premature death. With so many unknown variables, how can any such figures be based on anything much more substantial than guesswork?

Yes, I grant you that we smokers tend to die young. But non-smokers who live to a great age can also cost the Treasury and NHS a packet during all those extra years of drawing pensions and needing care.

Once you’ve taken this into account, along with the £10.2 billion the Government received in tobacco duty in the last financial year alone, I suspect that a very different picture might emerge.

Don’t you just know, meanwhile, that if someone shoots me dead in the park tomorrow, as I’m walking the dog, my death will be added to a bank of official figures on smokers’ mortality, then presented as yet more evidence that smoking causes premature death?

Indeed, the pro-lockdown experts employed this tactic at the height of the pandemic, seeking to exaggerate the danger and alarm us into obedience by lumping together those who died of Covid with others who had tested positive for the disease, but had died of something else. In many cases, of course, that something else was extreme old age.

But medical alarmists are far from the only alleged experts who like to dress up their guesswork as meticulous research.

Take those Remainers at the Treasury who plucked figures from the air before the referendum, warning that catastrophic unemployment would follow if we voted for Brexit. Well, we’re still waiting, six-and-a-half years on. Die-hard Remainers are still at it today, claiming to have totted up the precise difference it would have made to the economy if we’d voted the other way. Wild guesswork, of course, since there are a great many things that experts can never know for sure.

So forgive me if I keep an open mind about the World Health Organisation’s claim, echoed by the NHS, that if we want to stay healthy we should consume those five-a-day portions of 80g each.

It may well be sound advice — and I wouldn’t dream of discouraging anyone from making a New Year’s resolution to follow it. All I will add, as I wish readers a very happy 2023, is that I myself will be sticking to steak, chips and wine.