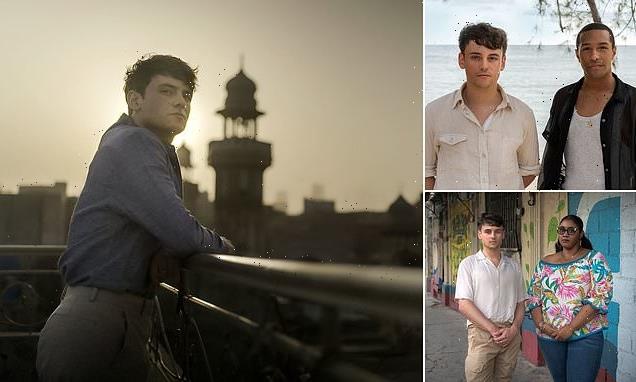 Tom Daley is right to highlight the terrible homophobia in much of the Commonwealth. But to blame the British Empire is simply absurd, writes Professor Emeritus Robert Tombs

Every day, someone, somewhere tries to blame the British Empire for some terrible evil.

Dictators such as Robert Mugabe made a great trick of this — pinning Zimbabwe’s poverty and corruption on the British who ran his country as Rhodesia, rather than on his own incompetence and greed.

But, very often these days, such reflex criticism of the Empire comes from the British themselves — and especially from the woke Left.

In the aftermath of the Commonwealth Games in Birmingham — with whose success the BBC seems strangely uncomfortable — Daley made a film, which was broadcast on Tuesday night on BBC One, where he visited what were dubbed ‘the most homophobic countries in the Commonwealth’.

As the BBC put it in its blurb for the film, Illegal To Be Me, Daley ‘discovers the colonial legacy that first criminalised homosexuality’. 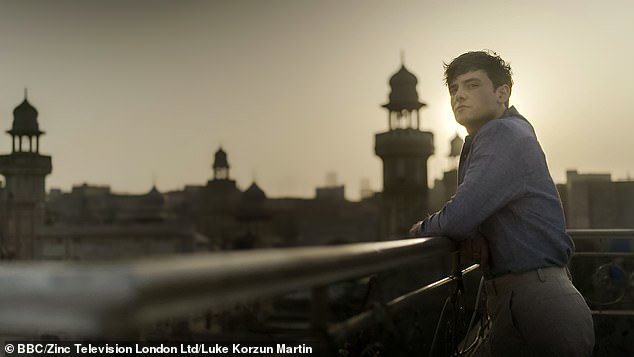 In the aftermath of the Commonwealth Games in Birmingham — with whose success the BBC seems strangely uncomfortable — Tom Daley made a film, which was broadcast on Tuesday night on BBC One, where he visited what were dubbed ‘the most homophobic countries in the Commonwealth’

Perhaps inevitably, given our society’s current preoccupations, the ‘toxic influence of slavery on attitudes towards LGBT+ people’ also featured.

The BBC, funded as it is by a compulsory poll tax, has a remit to remain neutral on controversial subjects.

But Daley was clear about his own views. In an interview to promote the documentary, he suggested frankly that the ‘homophobia’ apparent in some Commonwealth nations is ‘a legacy of colonialism’.

The argument, such as it was, appeared to be that because colonial-era laws criminalising homosexuality remained on the statute books of some Commonwealth countries, it was the fault of the British that gay people in those nations are being persecuted today.

It is hard to know where to start in unravelling this tangle of misunderstandings. The suggestion that the Empire created a legacy of homophobia is nothing short of absurd.

Countless societies throughout history have been racist, homophobic and sexist to varying degrees — though, intriguingly, many, including Ancient Greece and Celtic Britain, did not habitually criminalise homosexuality.

In historically illiterate and ill-educated places, however, gay sex was often policed with extreme and exemplary harshness — by families, rather than the authorities.

So, from the Caribbean to the Indian subcontinent, when the British came along and ‘imposed’ laws banning homosexual acts, they were scarcely teaching those societies to be homophobic for the first time.

As Dr Zareer Masani, an expert on the British Raj, said this week: ‘I can assure [Daley] that male homosexuality in India carried penalties under both Hindu and Sharia Islamic law long before the British Raj . . . enacted statutes prohibiting it.’

Dr Masani added that, ’75 years after the British left’, attitudes towards gay people in many Commonwealth countries have barely changed. 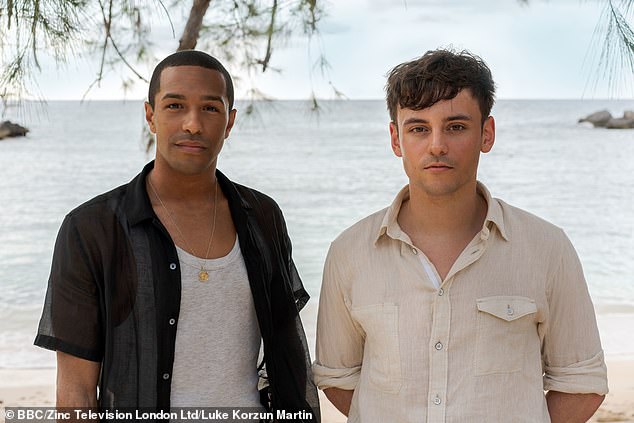 As the BBC put it in its blurb for the film, Illegal To Be Me, Daley (pictured with Jamaican swimmer Michael Gunning) ‘discovers the colonial legacy that first criminalised homosexuality’

Today, homosexuality is a criminal offence in 35 out of the Commonwealth’s 56 member countries. Daley is right to highlight this injustice.

And, although it’s often argued that sport and politics should never mix, some would no doubt applaud his early suggestion in the film that Commonwealth nations retaining anti-gay laws should be barred from competing in the Games.

To be clear, there is no doubt that some Commonwealth countries are appallingly homophobic today: in Jamaica and Pakistan, to name two he visited, gay people often live in fear, and face ostracism, abuse and violence or murder simply for being who they are.

The BBC could have pointed all this out without blaming the Empire. Instead, it produced and has been obsessively promoting Daley’s documentary (the diver has appeared on Radio 4’s flagship Today Programme twice in only the past few weeks to talk about his work advancing gay rights) — and peddled a historically ignorant and deeply divisive narrative.

Like many of our cultural institutions, from museums to universities and art galleries, Auntie seems to have bought into the fashion for ‘decolonisation’ — with the facts appearing to take second place to the dogma.

None of this is Tom Daley’s fault, of course. He is not a historian, and there is no more reason for him to grasp the complexities of post-colonial legal history than for me to perform a ‘reverse three‑and-a-half somersaults tuck’ off a ten-metre springboard/ The good-natured Daley seems simply to have been influenced by what he has previously been told, and by a dimly grasped notion that Britain and her Empire were unique evils.

Indeed, listening to one account of slavery in Jamaica, he exclaimed: ‘It honestly makes me feel sick to be British.’

But the BBC should have known better — and treated its audience with less contempt. 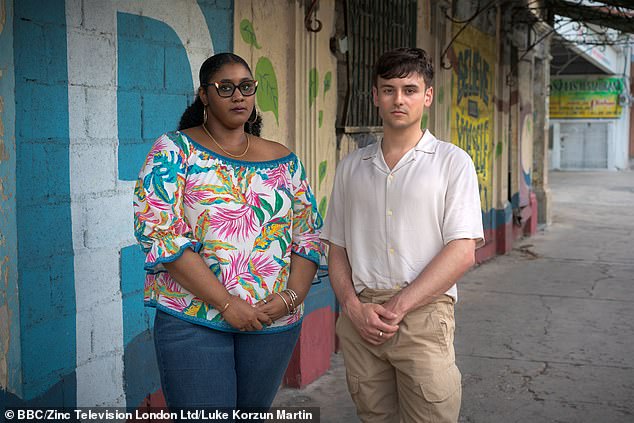 In an interview to promote the documentary, Daley (pictured with activist Carla Moore) suggested frankly that the ‘homophobia’ apparent in some Commonwealth nations is ‘a legacy of colonialism’

Of those three countries, only Nigeria was fully a British territory, and Mauritania never was at all. But what do they all have in common? They espouse extremist and intolerant forms of Islam.

But the BBC, through Daley, has yet to visit Saudi Arabia or Iran, neither of which were colonised, to complain that homophobia there is ‘a legacy of Islam’.

Meanwhile, it is an amazing piece of arrogance to think that the British Empire, as brief as it was, was so influential that it transformed everything about the modern world in perpetuity. Even the most triumphalist Victorians never dreamt of that.

But now decolonisers apparently do. In fact, it is Britain — as the very existence of Daley’s film shows — that has helped to lead the way in the march of gay and other minority rights over the past half-century or so, just as it once led the way in ending the monstrous crime of the Transatlantic slave trade.

And often it is Britain’s westernised former colonies, from Australia to Canada, that have been at the forefront of this growing tolerance and liberalisation.

In contrast, in Britain’s former African and Caribbean possessions, anti-gay laws have often voluntarily been retained since independence.

So why blame the Empire?

In some cases — and perhaps in Daley’s — this is just a fashionable bandwagon for the woke brigade to jump on. But more sinister parts of the hard Left have a more serious purpose.

History, I know from experience, is the weapon they have seized against what they see as the power structures of the West. Their anger is directed against those they see as oppressors — the white, the Western, the male.

They care nothing about genuine injustices taking place around the world, and they are uncomfortable pointing the blame where it actually lies — with the societies themselves, and not with long-gone colonialists.

We could laugh this off as just another of the absurdities of modern life.

But think of the harm that is inflicted on young people through the unending denigration of their history.

The final result will be to fan resentments in our society and undermine the feeling of belonging that every democracy needs. And that will create a new empire — one of ignorance and falsehood. The BBC should be ashamed.