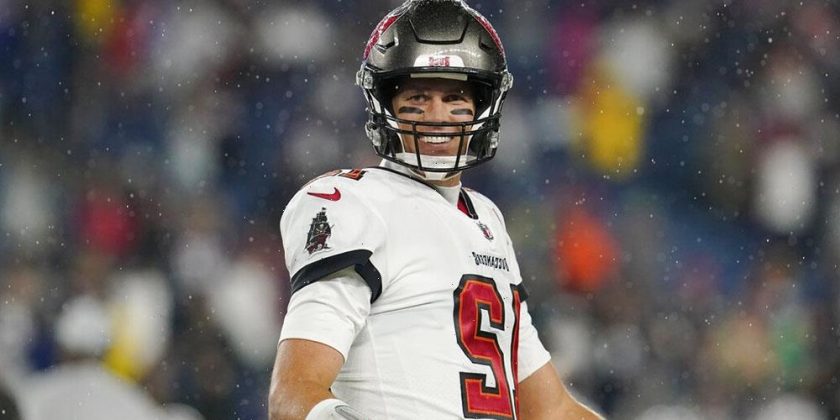 Tom Brady is, quite literally, saying “hello from the other side” to his former team, the New England Patriots.

In a new promo for Sunday Night Football that aired before tonight’s face off between the Patriots and Tampa Bay Buccaneers, Brady’s first time playing at Gillette Stadium as the Buccaneers’ quarterback was soundtracked by Adele’s ballad “Hello.”

The dramatic clip compiles video from the 20 seasons he played for the Patriots, along with a close up of coach Bill Belichick’s face, looking unamused. As Adele belts the song’s emotional chorus, clips of Brady in his Buccaneers jersey flash by, along with video of Patriots fans cheering.

The promo immediately caused chatter on Twitter, with fans and journalists either questioning the song choice or praising its humor.

“Putting the Brady-come-back-to-New-England montage to Adele’s ‘Hello’ is the funniest thing I have ever heard,” wrote Fox Sports writer Charlotte Wilder.

David Spade chimed in with, “I think they’re going too overboard with this ‘Brady Return.’ They’re playing Adele? Are they kidding? Its a game. Enough. Just play #nfl.”

In addition to it being Brady’s first time back in Foxborough, Mass. since leaving the Patriots, the game is also likely to be history-making for the quarterback, who is just 68 yards away from surpassing former New Orleans Saints player Drew Bees as the leading passer in the history of the NFL.