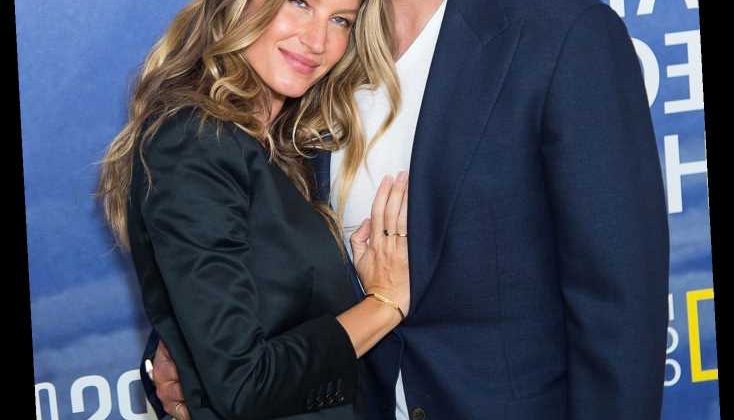 Tom Brady is opening up about his sex life with wife Gisele Bündchen.

In Thursday's episode of Dax Shepard’s Armchair Expert podcast, the Tampa Bay Buccaneers quarterback, 43, shared his stance on getting intimate on the day of the big game.

“Do you make love to your wife on a game day or is that off the table?" asked Shepard.

"Oh man, that's probably off the table," Brady answered with a laugh.

Although the pro athlete, who celebrated his 11th wedding anniversary with the supermodel earlier this year, went on to share that he “wouldn’t say it’s probably never happened, I don’t think that would be the moment.”

"That wouldn't be my pre-game warm-up," he playfully added.

During the interview, the father of three also opened up about how his family is adjusting to life in Tampa Bay.

Brady and Bündchen celebrated their 11th wedding anniversary in February, with the pair each sharing sentimental tributes to one another.

“I can’t believe it’s been 11 years since we devoured this delicious cake after we came home from our wedding,” wrote the Brazilian model, 40, alongside a photo that showed the pair getting ready to cut the cake on their big day. “Happy anniversary love of my lifey!!! Thank you for making life so sweet!”

The first slide is where we met and the second slide is what we’ve become. You have always been the one to hold us up and you love us the way no one else can. And we love you so much in return. Happy Anniversary Love of my Life 😍😍😍

In his own post, Brady praised his wife, as he reflected on how far the pair have come over the years.

“The first slide is where we met and the second slide is what we’ve become,” he wrote, alongside one photo that showed the model standing outside a wine bar, and another of her smiling down on their children.

“You have always been the one to hold us up and you love us the way no one else can. And we love you so much in return,” he added. “Happy Anniversary Love of my Life.”