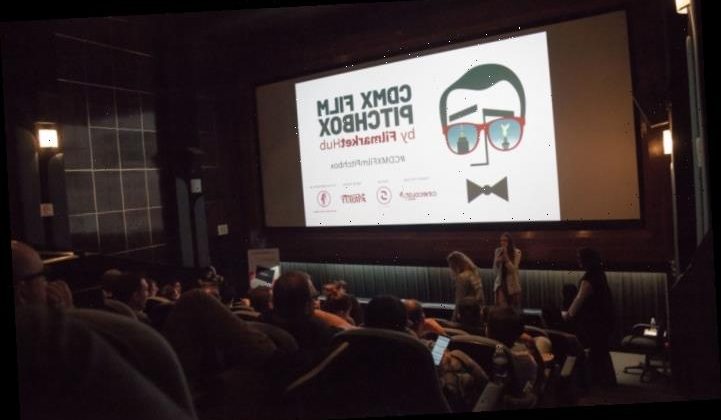 Co-written by producer Bernardo Pérez and director Santiago Aguirre, “Together” scooped the Cinecolor México & Shalala Estudios Award at the Filmarket Hub’s first ever CDMX Film Pitchbox, which unspooled on Friday at the installations in Mexico City of Cinecolor, the event’s principal partner in the Mexican capitol.

The award is worth Pesos 500,000 ($25,000) of post-production image and sound-design services to the winning title. The CDMX Film Pitchbox focused on local fiction feature projects. In all, seven movie projects were given seven minutes to pitch to an industry audience of producers, platforms and distributors.

“Without doubt we are experiencing a boom of original content and series in Latin America, where Mexico is leading in terms of production volume,” Filmarket Hub co-founder Bernardo Gómez told Variety from Mexico City.

“The demand from platforms and chains is immense, forcing producers to be in constant search for talent and to have ample slates of projects in development at all times,” he went on.

That’s good news for Filmarket Hub, an increasingly influential digital platform allowing creators to interface with producers, distributors, networks and more. So much is the demand coming from Mexico on Friday THAT Filmarket Hub announced that next year they will also be hosting a dedicated TV project pitching event in addition to confirming a second edition of the CDMX Film Pitchbox.

“Filmarket Hub aspires to become a main player in the Mexican audiovisual industry in a very short time, so we must cover all needs,” Gómez said.

“Together” also scored a new prize announced at the pitching sessions, the Diablo Panzón Award, granted by event collaborator Diablo Panzón Food Company, which will cover 50% of the catering budget for the film’s shoot.

In the film, a couple suffering the recent loss of a child must put aside their differences to work together to avoid a zombie-like apocalypse.

On Friday, Aguirre described the project as, “A drama film with suspense and touches of sci fi and horror.” But emphasized that it’s not at all planned as a straight thriller or gorefest.

“The idea for this film is to be sentimental,” he explained. “It’s not a slasher, not a zombie action movie, but a film about a couple in crisis. It’s a love story that forces them to recover a lost love.”

The film’s script and all promotional materials are already in English, with the idea of possibly filming in the language, although shooting in Mexico is still likely.

A second-prize winner at the CDMX Pitchbox, “Lala,” from Guadalajara’s Rocko D. Márquez, nabbed the Pesos $20,000 ($1,000) worth Clearance & Copyright Award, in which lawyer Daniel Castillejos will prepare contracts for application to Mexico’s biggest film-backing public-sector funds: Eficine, Fidecine and Foprocine.

Backed by Mexican independent uber -producer Marco Antonio Salgado and label Cinema226, along with Mental Revolution Films, the coming of age road movie is set in rural Mexico where Lala, a mentally disabled 24-year-old woman, is chained up in a chicken coop by her grandmother who believes her to be possessed by the devil. Along with her sister Blanca, who steals their brother’s car, the girls escape and seek out their mother, whom they’ve not seen in years.

The project has already participated in international labs in Chile, Spain and Torino. The production team is currently looking for co-producers and an international sales agent.

“This story is very personal because it reminds me of my childhood,” Márquez said in his pitch. “I would visit my grandparents and their people in a very Catholic place where people with disabilities were treated more like animals than people.”

In line with the now established Filmarket Hub format, the pitching session were followed by a networking lunch.

Natalia Segura contributed to this article