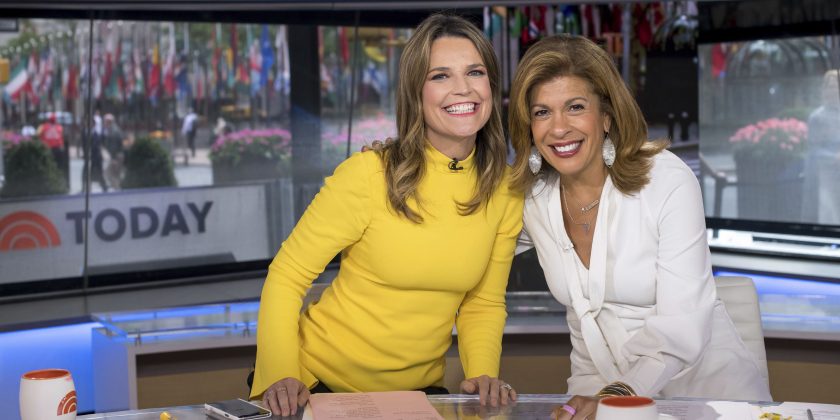 Momentum at “CBS This Morning,” the most buzzworthy morning show for a handful of years, stopped dead with Rose’s firing. Last week CBS announced the exit of Ryan Kadro, the show’s top executive who had worked there since its 2012 launch, leaving an uncertain future.

“Today” is hardly problem-free – remember Megyn Kelly? – but it has the steadiest audience of all three network morning shows. The elevation of Hoda Kotb into Lauer’s role is widely perceived as a winner.

Rose lost his job in November 2017 following allegations of improper behavior with women who had worked with him. Lauer’s downfall, also due to reports of inappropriate relationships with women, came less than two weeks later.

The long history of “Today” likely helps it absorb hits. The show launched in 1952 and while it has had missteps – it has never recovered the dominance it enjoyed prior to the ham-fisted departure of Ann Curry a decade ago – “Today” viewers can be confident it will be around tomorrow.

“It just has the strongest DNA out of all the morning shows,” said Shelley Ross, who produced rivals at ABC and CBS.

For much of the past half-century, CBS has been an after-thought in the mornings, a distant third-place broadcast that changed names, formats and personalities as often as an impatient designer changes paint. That’s what made “CBS This Morning” so encouraging; with a newsy emphasis, it gained a larger share of the audience in the morning and was now competitive in a lucrative marketplace.

Rose, a skillful interviewer who moonlighted on both “60 Minutes” and his own PBS show, teamed with Gayle King and Norah O’Donnell.

In retrospect, Rose seemed more important to the success and chemistry of his show at the time than Lauer did. Rose was replaced by former “Face the Nation” host John Dickerson and, in October, Bianna Golodryga was added as a fourth anchor.

Lauer spent two decades as “Today” co-host, and in his heyday with Katie Couric was part of the most successful anchor team in morning show history. But his reputation took a significant hit with the Curry drama and he wasn’t as popular at the end of his run.

“There was concern when Matt Lauer left that they would be hurt more than turned out to be the case,” said Garth Tiedje, an analyst and senior vice president at Horizon Media.

In fact, Kotb earned the permanent job beside Savannah Guthrie after “Today” did unexpectedly well in the ratings when she was an emergency fill-in. Kotb’s “Q” score, a statistical measure of her popularity, is strong among women – who make up the bulk of morning news show audiences – and more than doubles Lauer’s last score among older women, according to Marketing Evaluations, Inc.

“Everybody loves Hoda,” Ross said. “She’s a magical part of the equation.”

That doesn’t mean everything is sunshine and flowers at “Today,” which has to be concerned about an erosion of younger women viewers. In the second week of December, its audience among 18-to-49-year-old viewers was down 23 percent compared to the same week in 2017, Nielsen said. It faces questions about its third hour following Kelly’s departure, and the fourth after Kathie Lee Gifford said she was leaving the show. NBC declined to comment.

The “Today” show executive producer, Libby Leist, was appointed to her job in January.

For all morning shows, the fact that more people wake up with a hand-held computer on their nightstands in addition to a television remote is ultimately a bigger concern than anchors who have lost their jobs.

In the days following Kadro’s departure, CBS dealt with damaging news stories suggesting that King was unhappy and considering leaving, and that networks were mulling a top-to-bottom renovation. The network declined comment on the reports or ratings, but said its newsy emphasis remains intact now and for the future.

The danger in responding to ratings weakness with big changes is that it could play into a narrative of CBS being less able than its rivals of being able to settle on one type of morning show for the long term.

“It’s always hard to fight against the pull of history if it’s a long trajectory,” Tiedje said. “But I also think that shouldn’t cloud the decisions that need to be made for the future.”