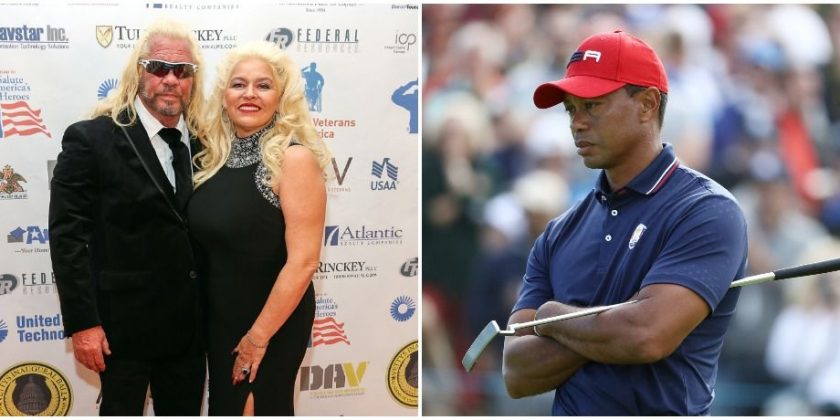 In an update to a story Inquisitr posted yesterday, Tiger Woods’ ex-mistress Jamie Jungers was allegedly “exchanging drugs for sex” when she was rescued by Dog the Bounty Hunter and his wife Beth Chapman, reported Radar Online.

Dog held a midnight raid on a house in Las Vegas where he found Woods’ former mistress hiding after she skipped bail in Kansas when she failed to attend court appearances after being arrested for stealing from her own father.

In an interview with Radar, Dog revealed that Jungers was “thin” and in “a bad way” when he found her. Dog and Chapman, who reportedly searched for Jungers for one week, located Woods’ former love, who was “dazed, confused and disheveled” in the home, reported Radar.

The reality star said to Radar, “She was 88 pounds when we got her and the handcuffs wouldn’t even go on her wrists because they were so skinny. She was going to die in the next few weeks.”

“These guys were holding her in a house where she was giving sexual favors for drugs,” Dog alleged to Radar.

Radar reported that Dog claimed Jungers was using both heroin and speed and was “passed between a group of high profile business executives for weeks.”

“She told me she was trading drugs for sex with guys at four or five houses. One was the top investigator for one of the biggest insurance companies in the U.S. Another guy was in construction,” alleged the bounty hunter to Radar Online.

Radar reported that after her affair with Woods came to an end in 2009, Jungers allegedly became addicted to drugs and entered rehab.

In a series of expletives, Jungers blamed Woods for her current condition, alleges Dog to Radar.

Radar also reported that the former Dog the Bounty Hunter star and his wife turned Jamie over to the Las Vegas Metropolitan Police Department, where she was arrested and is currently being held on charges of drug possession and being a fugitive from the law.

In November 2016, Jungers was arrested for three failed court appearances and spent 13 days behind bars. She admitted at one time, as reported by Radar, that she was addicted to both alcohol and pills.

The former Las Vegas lingerie model was involved with the golf pro for 18 months, stated Radar.

Jungers allegedly met Woods when she was 21 when he spotted her at a Vegas nightclub and sent over a VIP hostess to let her know he wanted to meet her. He was married to wife Elin Nordegren at the time.