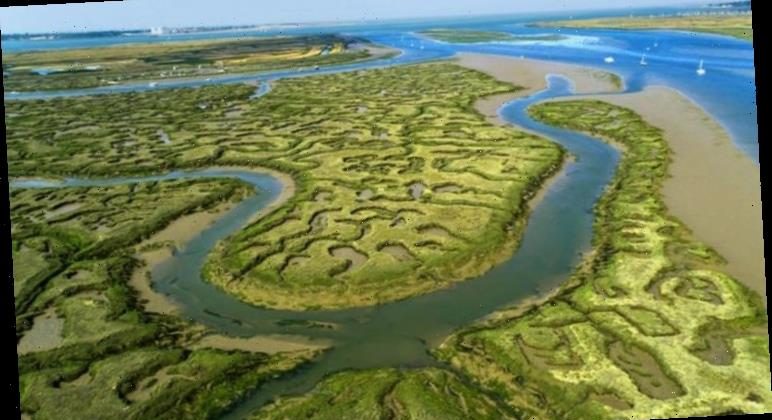 But the sound from the birds is overwhelming – skylarks spiralling heavenwards on their beautiful liquid song, reed buntings chirping away, redshanks piping in the marshes and the constant screeching from a new colony of thousands of black-headed gulls. This natural phenomenon has all been made possible by three million tonnes of mud clawed from deep below London. The spoil from tunnels dug for Crossrail, the new rail line from Reading to east London, has created this reserve teeming with birds, hares and water voles.

This year marks 21 years since the RSPB began considering the £13million Wallasea Island Wild Coast Project in Essex, near Southend.

It is barely six years since they took the dramatic step of breaching the seawalls with the apparently contradictory aim of reducing the impact of rising sea levels from climate change.

But Wallasea, a huge reserve of marshes, lagoons and mudflats under big, wide skies, is where conservation and climate change meet head on. The 1,850-acre reserve is pioneering an approach that could be taken up around the world as a model for coastal habitat creation and natural flood risk management.

Site manager Rachel Fancy, 43, from Chelmsford, has seen Wallasea change before her eyes since the land, which grew wheat, oilseed rape and beans, was bought from Wallasea Farms.

She said: “They could see the seawalls were coming to the end of their lives. They had put in quite a bit of money making a new wall but potentially it was going to cost a lot more in the long run.

“There are farmers in the area who see this as a bad idea, as good land going under water. But we were just advancing what was going to happen anyway in a few years.

“We are doing it in a planned way rather than having a massive breach of the seawall.”

A lot of Wallasea is below sea level, making it particularly vulnerable to climate change and storm surges. The key to the re-wilding is Crossrail which provided a £12million endowment and enough soil to fillWembley Stadium, hewn out of London’s bowels to make inner city tunnels.

The soil was ferried by boat between 2012 and 2015 and then used to create a seawall further inland and a gently sloping mudbank stretching down to the sea.

In parts the land was raised by up to 10ft, allowing the creation of the intertidal salt marsh on the seaward side, and the lagoons and ponds and marshes on the other.

Then in July 2015 the RSPB breached the old seawalls and let the tide do its daily work.

Rachel said: “We have replaced the old seawall with a new wall which can cope with very high tides and a bit of storm surge. We’ve designed it so there’s a shallow slope towards the sea. As sea levels rise, the salt marsh can rise with it. In 100 years we should still have the salt marsh, whereas if there was just a seawall it would be lost.” 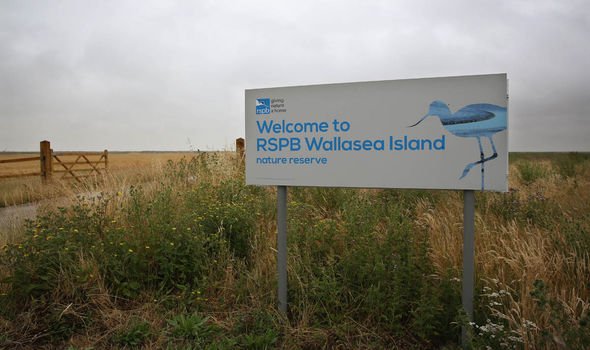 Restoring salt marsh is vital for local wildlife. In the past 400 years Essex has lost 91 percent of this intertidal habitat.

It seems to be working. On our walk around this flat, green landscape where sea and sky meet on the horizon, we saw hares and a stoat in all white winter ermine apart from a black tip to its tail.

Bird counts also reveal the transformation, particularly for wildfowl and waders. In the winter of 2008-09 there were about 10,000 birds compared to 41,000 this winter.

Meanwhile, corn bunting, whose numbers have plunged nationally by about 90 per cent in 50 years, are thriving – up from five to 23. 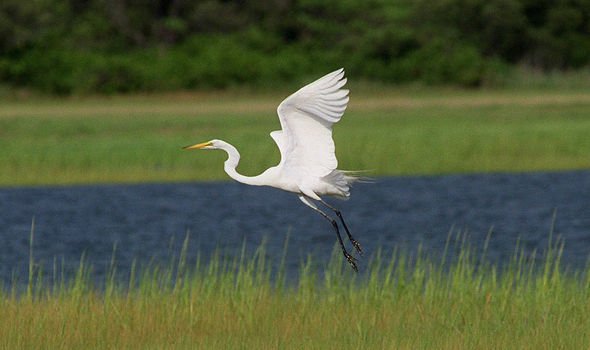 In summer there is a similar picture. Black-headed gulls rapidly discovered the new habitat and there is now a colony of about 2,000 shrieking pairs, which I watched perform their courtship rituals, pointing their bills to the sky, wings back, alongside much more exotic Mediterranean gulls doing much the same thing.

Common terns have moved in, too, building up a breeding population of about 70 pairs in between wintering off South Africa.

And in the next few weeks the first of about 100 pairs of avocets, dainty black and white waders with long upcurved beaks, are expected to begin breeding.

Somehow, their success seems especially appropriate: they are the symbol of the RSPB.