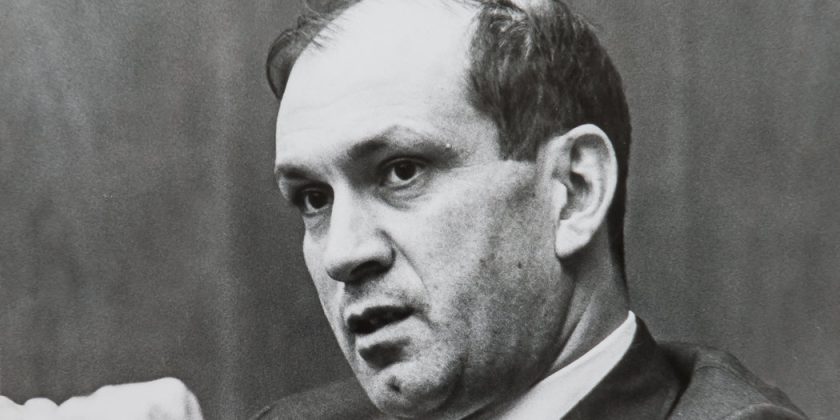 Thomas L. Phillips, who transformed Raytheon from mainly a weapons company into a diversified manufacturer of aircraft, industrial equipment and appliances as its longtime chief executive, died on Jan. 9 at his home in Weston, Mass.

Mr. Phillips had said he was 94, though family members said they could not be sure about his precise date of birth. His death was confirmed by his daughter Debbie Phillips.

Mr. Phillips often spoke of his midcareer embrace of evangelical Christianity as a pivotal moment in both his personal and his business life, leading him to make corporate decisions based in part on his faith. Charles W. Colson, a lawyer and political saboteur for President Richard M. Nixon, credited Mr. Phillips as having inspired him in his own born-again experience in the 1970s while serving a prison term stemming from the Watergate scandal.

Mr. Phillips, an engineer by training, joined Raytheon in 1948, when the company, now headquartered in Waltham, Mass., was known as a manufacturer of vacuum tubes and microwave tubes for radar equipment.

He was instrumental in the company’s branching into building missiles and producing communications, guidance and detection systems for them. During his first eight years with the company, he was project manager for two of its most important, and lucrative, weapons: the Sparrow air-to-air and Hawk surface-to-air missile systems.

Mr. Phillips was named president of Raytheon in 1964, chief executive four years later and chairman in 1975. Though Raytheon was making steady profits from government contracts during the Vietnam War, he sought to diversify the company with civilian ventures in part to insulate it from the unpredictability of military spending.

“The government business is too volatile to stake all one’s hopes on,” he told The New York Times in 1976.

Under Mr. Phillips, Raytheon purchased the appliance manufacturers Amana (known for its refrigerators), Caloric (ovens and ranges) and Speed Queen (washers and dryers), as well as D.C. Heath & Company, a textbook publisher; the Seismograph Service Company, which made surveillance equipment for oil and gas companies; United Engineers and Constructors, which built power plants; and Cedar Rapids Corp., which made asphalt and rock crushing machines. (Raytheon later sold some of its acquisitions.)

In 1967, Amana helped Raytheon manufacture and market one of the earliest countertop consumer microwaves. That same year, Raytheon recorded $1 billion in sales (more than $7 billion in today’s money) largely because of its acquisitions.

Mr. Phillips was known to be patient if his acquisitions were not immediately successful. In 1980 Raytheon bought Beech Aircraft for a reported $790 million, just before the general aviation market crashed. Rather than walk away, Mr. Phillips poured hundreds of millions of dollars into Beech, developing a cutting-edge corporate aircraft called the Starship and positioning Raytheon to benefit when the airplane market rebounded in 1988.

But business success proved not enough for Mr. Phillips. “Something was missing,” he told The New York Times in 1976. “I felt a terrible emptiness. There was a big hole in my life. I began to read the Scriptures, looking for answers. Something made me realize I needed a personal relationship with God.”

A memorial to those who lost their lives in 2018

The turning point was a Billy Graham crusade he attended in Madison Square Garden in New York in the late 1960s, according to Mr. Colson’s recollection of their conversation in his autobiography, “Born Again” (1976). Mr. Phillips, by his account, soon began incorporating his evangelical Christian values into his leadership of Raytheon.

“The thing that guides me now as a businessman is to be a good steward,” Mr. Phillips told The Times. . “God gave me both this position of managing the resources of this company and of the men that are entrusted to work with me.”

Thomas A. Kennedy, Raytheon’s current chairman and chief executive, said in a statement that “for all his technical and financial achievements, Tom will be best known at Raytheon for his warm and engaging business leadership.”

Mr. Phillips befriended Mr. Colson, a special counsel to Nixon, while the Watergate scandal played out and told him about his conversion. Mr. Colson later went to prison, convicted of obstruction of justice, and there had his religious awakening. He paid tribute to Mr. Phillips as an inspiration in his memoir.

Mr. Colson devoted the rest of his life (he died in 2012) to religious work and became a leader in the evangelical political movement.

There is little official documentation of his early life, but Mr. Phillips had said that he was born to Greek parents in what is now Istanbul on May 2, 1924. His father died when he was young, and his mother emigrated with him to Canada.

Mr. Phillips’s son, Tom, said that Canadian immigration records listed his father’s birth name as Athanasius Leonidas Philippides and indicated that he may have been born in 1923. He Americanized his name after moving to Boston with his mother in the mid-1930s. She remarried there.

Mr. Phillips graduated from Boston Latin School in 1942 and was drafted into the Army during World War II, but Japan surrendered before he saw combat.

He earned bachelor’s and master’s degrees in electrical engineering from Virginia Polytechnic Institute and State University before starting with Raytheon.

In 1944 he married Gertrude Van Iderstine, whom he had met in Boston. She died in 2017. In addition to his son and daughter, his survivors include two other daughters, Patty Fraser and Bobbie Suratt; 11 grandchildren; and 12 great-grandchildren.

Mr. Phillips told The Times that he thought working at Raytheon did not violate Christianity’s imperative for peace because he saw it as a defense company, and “every nation has a right to provide for its own common defense.”

“But if I thought we were providing provocative or offensive arms, then I would feel at an impasse as a Christian.”