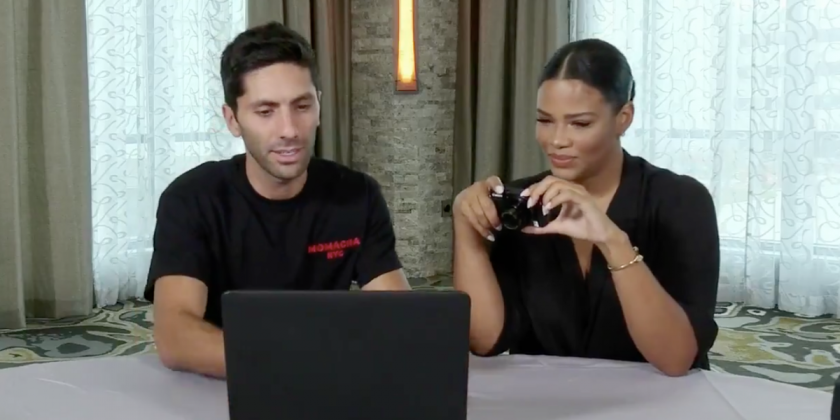 Spoilers ahead for Catfish Season 7, Episode 20. If last week’s revenge-ridden episode stirred the proverbial drama pot, the latest episode of MTV’s Catfish sent that pot boiling over. Although there was more truth within this episode than, sadly, is revealed in most, the happy ending fans may have been holding out for didn’t come to fruition. While that isn’t necessarily a surprise, considering the show’s track record, Rachael and Vance from Catfish‘s story was still pretty dang shocking.

First of all, the accused catfish was, in fact, not a catfish by definition. The man behind the Facebook account Rachael had been communicating with for 11 — yes, 11 — years was legitimate. No fake pictures or fake names. That part was really surprising, considering all of the typical red flags were there: he never wanted to video chat with Rachael, he switched phone numbers often, and he always canceled plans to visit her IRL.

The two of them met back in the day over Myspace when Rachael was just 12 years old. Vance was there for her at an emotionally vulnerable time in her life — she had been sexually assaulted at a young age, and their communication was an escape for her. Throughout the past 11 years, they remained in contact intermittently. They always had feelings for one another, but continued to lead independent lives that involved other relationships, and even kids. At the time their Catfish episode was filmed, Rachael had recently given birth to her five-week old baby, and in true Nev fashion, he arrived in Iowa City bearing gifts — aka baby supplies galore.

Nev and his guest co-host for the episode, model and beauty influencer Kamie Crawford, put their investigative hats on and discovered that Vance could have some kind of criminal record, uncovering arrest reports and even a mugshot. They jumped to the conclusion that his communication with Rachael had been spotty because he was serving time. This isn’t the first time a potentially incarcerated catfish has come up on the show, and usually, it ends up being a false alarm.

After a seemingly sketchy Facebook audio call between Nev and Vance, they arranged for funds to be wired to his friend for a flight to meet Rachael in her hometown. He showed up, the real deal, revealing that he was never in prison. His life really just lacked stability and an income that would allow him to stay in touch or travel.

Nev and Kamie were hopeful that Vance and Rachael’s story would be inducted to the sparse hall of Catfish success stories. After dropping them off on their first date, both Rachael and Vance agreed to give love a shot. But unfortunately, that didn’t last long. In the regular three month follow-up post-filming, Rachael revealed that things didn’t work out. He apparently asked her for money shortly after leaving her in Iowa, and with three kids of her own, she doesn’t need another person to take care of.

As far as a current update on both of them goes, both of their Facebook pages are private. Rachael recently celebrated a birthday for which she asked her friends to donate to St. Jude Children’s Research Hospital. Another public status, shared on Aug. 29, could be an allusion to her breakup with Vance.

"By the time I believe someone is real they show me exactly why I questioned it in the first place," she wrote.

In June, Vance shared a similarly vague, but emotional, post. "It is what it is and that’s just how it’s Goin 2 be & What’s understood don’t have to be EXPLAINED !!" he wrote.

As far as Rachael’s sister Samantha, who was the one who wrote in to Catfish in the first place, it looks like she and Rachael are still living together and sticking up for one another; Sam shares photos with Rachel’s kids often. Like she said in the follow-up clip on the show, family is there when no one else wants to be — catfishes included.