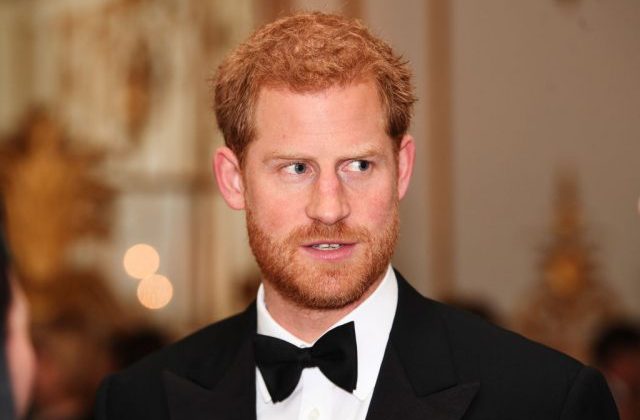 Prince Harry has dealt with a lot of rumors and scandals over the years, but there is one royal leak that reportedly pushed him over the edge. Long before Harry tied the knot with Meghan Markle, he was “absolutely furious” when he found out about a report that leaked sensitive information about his military duties. At the time, Harry was on deployment in Afghanistan and was forced to return home because of safety concerns. How did Harry handle being brought back home before his deployment was over?

Royal author Duncan Larcombe claims that Prince Harry was furious when Buckingham Palace flew him back home while he was in Afghanistan. The royals were forced to bring Harry home after a newspaper in published sensitive information about Harry, including where he was stationed. This was a big security concern as Harry could have easily been targeted by enemy forces. According to Express, Harry was so angry about the situation that he flew to Botswana with his then-girlfriend, Chelsy Davy, to cool off.

“He was absolutely furious. Where did he go? Straight toBotswana with Chelsy Davy. Straight there and spent a couple of weeks there,”Larcombe shared. “Almost like – it’s where he goes when there’s steam comingout of his ears to calm down.”

Prince Harry has previously talked about how Botswana is a special place. The first time Harry visited the country was when his father, Prince Charles, took him there as a young boy. The visit happened shortly after the passing of his mom, Princess Diana. Harry used the trip to help mourn Diana’s tragic death, and the country has remained special to the Duke of Sussex ever since.

Harry has also visited Botswana with his wife, Meghan Markle, onseveral occasions. The couple is scheduled to stop by Botswana during theirtour of South Africa this fall. The trip will be their first as a family ofthree as the pair is expected to bring along their first child, Archie HarrisonMountbatten-Windsor.

Prince Harry and Markle also celebrated her 36th birthday in Botswana in 2017. The trip was the former Suits star’s first safari. The couple stayed in a bush camp near Meno a Kwena, a location that features some of the country’s most impressive views. It also boasts the Boteti River and plenty of African bush. Harry later told his friends that he and Markle fell in love on the safari, making Botswana all the more special to him and his family.

In an interview with BBC, Prince Harry recalled the outing andrevealed that he and Markle slept out under the stars. The trip, which tookplace a year after they started dating, lasted five days and gave them both achance to really get to know each other.

In fact, Harry loved the outing so much that he incorporated diamonds from Botswana in Markle’s engagement ring. The ring also featured stones from Diana’s jewelry collection.

Although Harry and Markle have spent plenty of time in Botswanatogether, Harry ventured to the South African nation by himself as recently as2018. Harry spent the majority of the trip meeting with officials from Rhino ConservationBotswana.

The Duke of Sussex is a patron of the organization and has apassion for the country’s animals. Rhino Conservation Botswana does a lot ofwork increasing populations of white and black rhinos, and Harry has beenphotographed working with the creatures on several occasions.

It is unclear why Meghan Markle did not join Prince Harry for thetrip, though it sounds like he kept himself busy doing important work. The tripoccurred around three months after the couple tied the knot. Harry and Markleexchanged vows in a gorgeous ceremony in May of 2018. Late last year, the twoannounced their first pregnancy.

Markle, who is about to come off maternity leave, gave birth to Archie this past May. Harry has not commented on the reports surrounding the time he was forced to come home from deployment, but it sounds like Botswana still holds a special place in Harry’s heart.

Before they venture to Botswana, Prince Harry and Meghan Markleare expected to visit Queen Elizabeth in Balmoral to wrap up their summervacation.