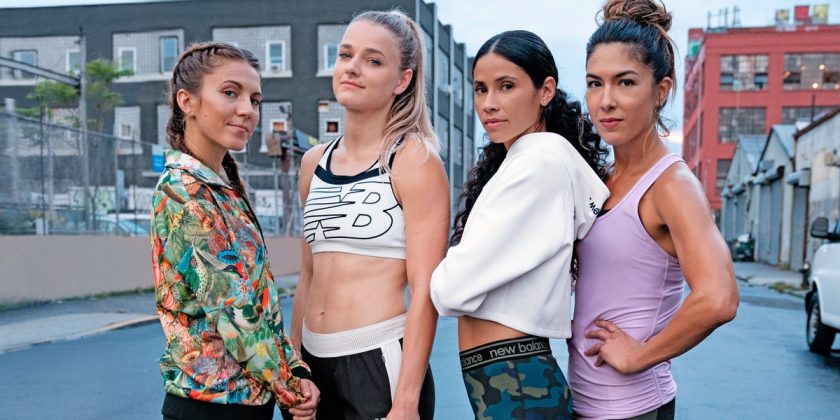 For anyone who’s ever caught the running bug, you know that there’s nothing better — or more empowering — that the feeling that you’re flying across the track, or through your neighborhood, on nothing but the power of your own two feet and the music blasting in your ears. Today, New Balance debuts a new music video that captures that feeling, featuring female runners on team New Balance running in Fresh Foam Zante Pursuits, to music by the band BEGINNERS x Night Panda. The music video was directed by Lauren Sick, and made possible with an all-female creative team.

The four runners featured in the video — Beverly Ramos, Stephanie Garcia, Cory McGee, and Lisanne DeWitt — tell Bustle that being a part of the video was empowering, to say the least. The video is "about being in motion, active, and focused," Ramos tells Bustle. It’s a reminder that "you can be strong, and be beautiful, and you can accomplish anything."

"It’s a huge honor to be recognized as a strong and empowered female athlete," Garcia tells Bustle. "I love the message of the video," McGee says. "It’s different from anything I’ve been a part of before and speaks to the strength and camaraderie of the women I have trained with over the years."

In the video, you can see each of the runners as they fly across a dark cityscape at night or cross-train, showing off what total badasses each of these runners are. The song — a total bop that is going on *my* running playlist immediately — echoes in the background, drums beating as the runners make their way across the city. The scene will probably feel familiar for anyone who’s put their headphones in, blasted the loudest music in their Spotify, and torn off across the city. And the runners tell Bustle that music is a major part of their running practice.

"First of all, the music must be a bit up-tempo so I can get in my rhythm," DeWitt says. "Since I’m a Dutchie, there is a lot of Dutch music in my playlist. I’d say half of it is English and half Dutch. I like hip-hop and R&B and music with Caribbean vibes."

"My running playlist depends on my mood," Garcia says. "When I want to relax and melt into my run, I go for jammy tunes like Dead & Company; when I want to get super hyped up, I listen to hip hop and rap like Drake, Cardi B and Kanye; and when I’m just feeling happy, I listen to old school classic rock." 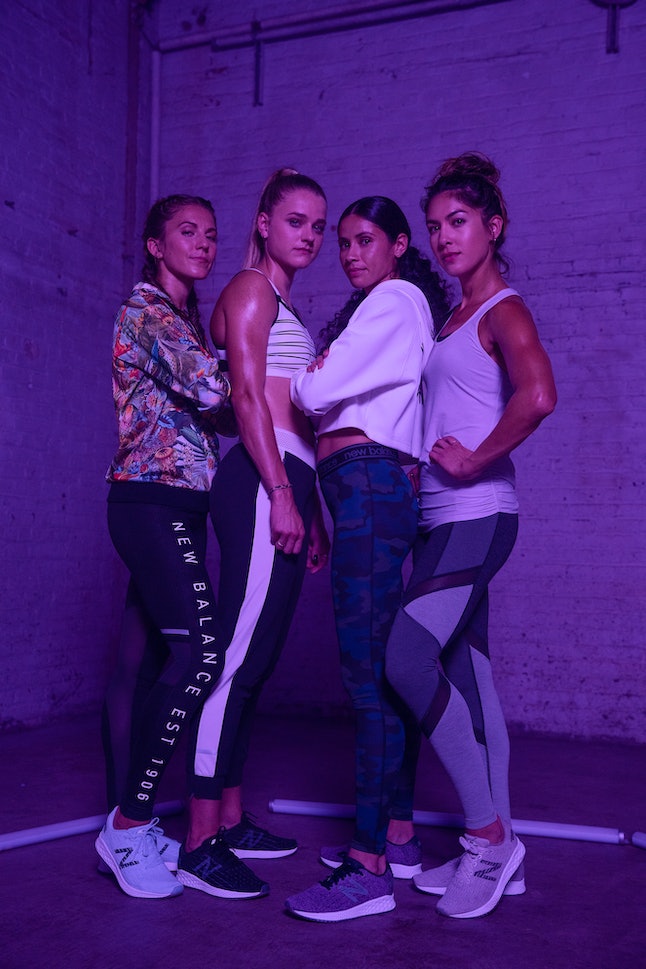 But more than that, these runners’ involvement in this video is a testament to how much music has the power to, well, make you feel your best — just like running does.

"Running is the ultimate form of movement: it’s what our bodies were built to do! I absolutely love the primal feeling of moving fast with just my body doing the work," says Garcia. "I love running for the clarity it brings to my life and the time I can spend sorting my thoughts. Running without distraction is therapeutic and I think it’s easy to over complicate the beauty of what running can be," McGee says.

"Running gives me a feeling of freedom, it really clears up my mind," DeWitt says. "But thing that empowers me the most, is that I can raise the bar as high as I want."