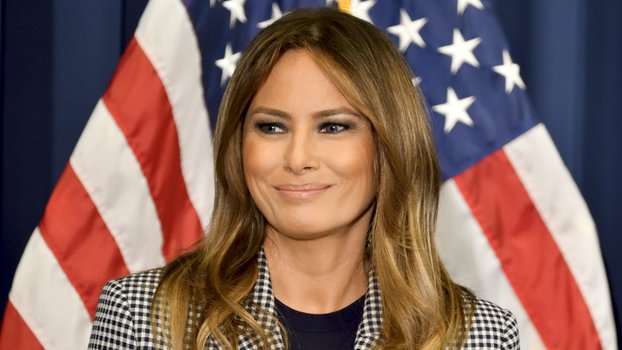 While Donald Trump crisscrossed the nation to stump for his favorite candidates during the midterm elections, there was one Trump family member that wasn’t. No, it wasn’t his daughter, Ivanka, who visited two states, or President Trump’s son, who appeared at dozens of events with his girlfriend, Kimberly Guilfoyle, who many may recognize from Fox News. It was Melania who stayed out of sight during what many called the most important midterms in a generation. Why was the nation’s first lady so quiet during the political fervor? CNN reports that she was just continuing her usual M.O. and staying out of the spotlight.

“Due to her schedule as a mother and as first lady, especially with the upcoming holidays and international travel, there are no plans for her to campaign,” spokeswoman Stephanie Grisham told CNN.

RELATED: Melania Trump Spends Nearly $100,000 for a Hotel She Never Spent the Night at in Cairo

The network points out that the last time Melania made any sort of campaign appearance was back in 2016, when she gave a speech in Pennsylvania. During her time at the mic, she spoke about being an immigrant and bullying, which are still a huge part of the national dialogue, making her a perfect avatar for the Republican Party. But she remained behind the scenes in the weeks leading up to last night’s elections.

Melania is focusing instead on being a mother, CNN adds, and showcasing her talents as a hostess when visiting dignitaries arrive at the White House. When she does make political statements, she focuses on her platforms of bullying and the opioid epidemic in America. With the holiday season approaching, she’s committing to planning all of the special events that come at the end of the year. She also returned from her solo trip to Africa and did accompany the president on trips to Pittsburg and Florida. She’ll also be traveling with him to Paris later this month, so she’ll be thrust into the spotlight once again.

She wasn’t the only one quiet during the lead-up to Tuesday. After more than a year of being subjected to presidential criticism, Jeff Sessions stepped down from his role as attorney general. The move could be seen as a way to limit the Mueller investigation into Russian interference during the 2016 election. Democrats took notice, but only time will tell exactly how the move will play out in Washington.