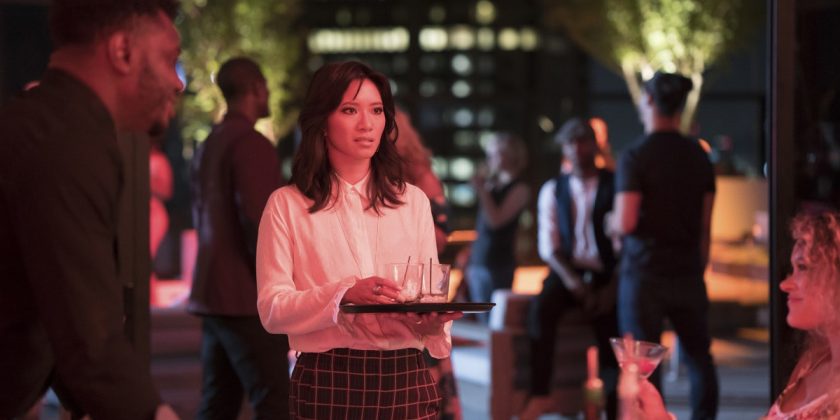 Black Lightning fans were excited to see comic character Grace Choi make an appearance early in Season 1. However, her relationship with Anissa/Thunder came to a quick halt and Grace seemingly disappeared from Freeland. The couple recently reunited for a passionate hookup that ended in a heated argument, leading to a curious scene that made it seem like Grace Choi has powers on Black Lightning.

Gambi’s death last week caused Anissa to realize that she truly loved Grace, so she went to her apartment to declare her true feelings. Of course, Grace was skeptical because Anissa previously ghosted her and started dating someone else, but she couldn’t resist her advances. Later on, Grace regretted their hookup because she knew Anissa was only using her for comfort during an emotionally turbulent time. So, she gave Anissa an ultimatum: either be a reliable partner or leave her alone.

Anissa said that she did love Grace, but that she couldn’t promise that she would never disappear again, which caused Grace to storm out of the bedroom in anger. As she approached her kitchen, Grace’s skin started to shift in an odd way. Grace seemed suspiciously calm about this reaction as she popped a few pills to stop the rippling effect.

Anissa was in the bedroom when it happened, so it remains to be seen if Grace will tell her about her maybe-powers. It’s probably won’t happen any time soon since she’s still upset and not sure if she can fully trust Anissa, but nothing on this show can stay a secret for too long. 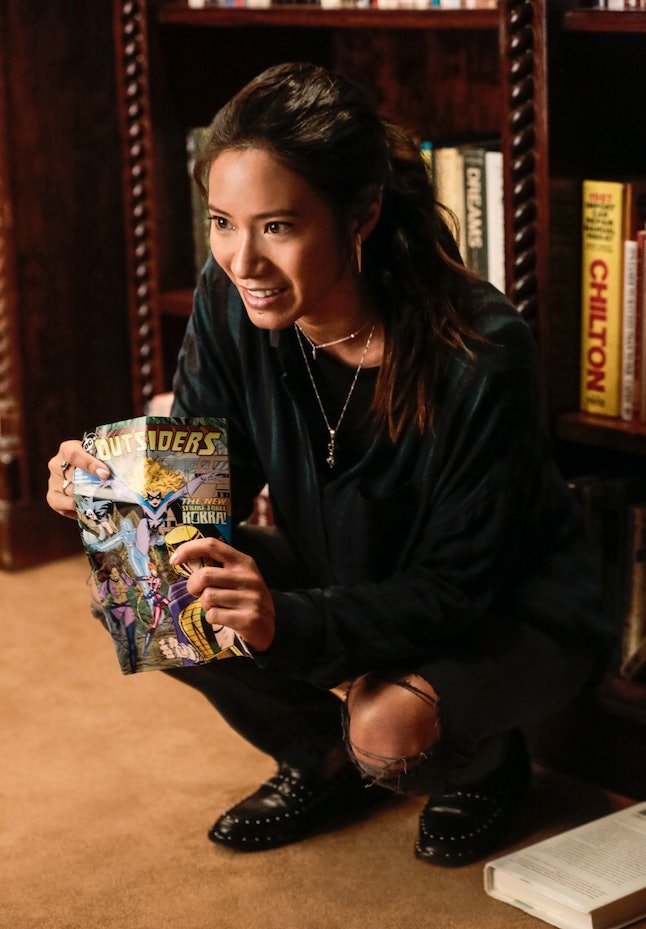 Perhaps Grace and Anissa will confide in each other and start working together to save Freeland. Or, maybe Grace will be captured by the A.S.A. and Anissa will have to save her life. Either way, their shared experience as not-so-normal humans has to bring them closer together, right?

The potential of Grace Choi’s powers is exciting for fans who love her comic book character. In the comics, Grace is an Amazonian woman who, much like Anissa, has superhuman strength and advanced healing powers that helped her become a successful nightclub bouncer, per Comic Vine. She was recruited by the Outsiders superhero group (co-founded by Black Lightning) and fell in love with her teammate Thunder.

She eventually discovers her family history and begins to idolize Wonder Woman because they both have divine powers. It’s not clear what her powers will be like on TV, but her shifting skin could be her body’s way of reacting to a stressful situation or a defense mechanism.

Grace’s reappearance and the introduction of comic characters like Looker could indicate that the Outsiders collective will be forming with Thunder, Lightning, and Black Lightning. Imagine how cool it would be for Black Lightning to show up with an all-female crew to take down Tobias Whale for good. It would be a surprising twist that would put women of color at the forefront of this groundbreaking series, and would mean Grace will be taking on a much larger role moving forward. Only time will tell, but either way, there’s clearly more to Grace’s story than we originally knew.