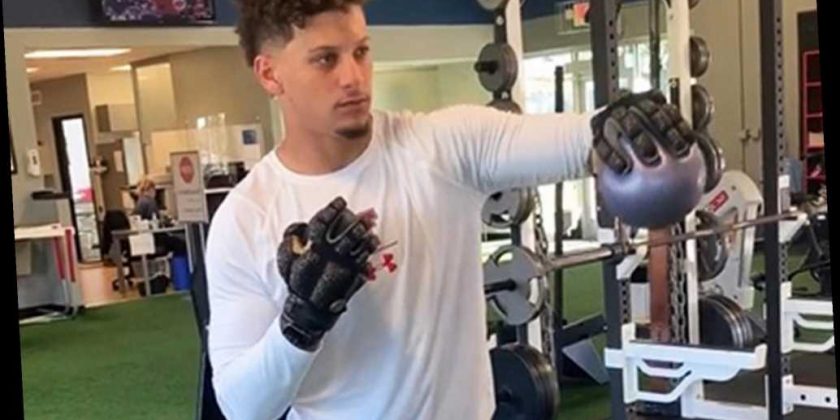 Described as a “global athletic and rehabilitation tech product company,” Powerhandz is headed by CEO Danyel Surrency Jones and boasts a collection of NBA and NFL ambassadors. Recently, Kansas City Chiefs quarterback Mahomes used the anti-grip gloves — which have weight distributed across the top to improve hand strength and speed — during a workout with longtime trainer Bobby Stroupe.

“So when you have weights and you’re holding onto a weight, it’s more of an external load, and external loads trade different firing patterns from the muscular system and also, different types of processes from the central nervous system as well,” Stroupe recently told Page Six.

“But when you have gloves on, it’s almost like added body weight, and so, a lot of the things that happen, it’s more overcoming inertia, internal resistance. There’s a different type of feeling to it because it’s more an extension of your body, rather than an external load from a kettlebell and or a weight. I’m not against weights, but sometimes you don’t need a lot of load in order to do the things that you want,” he continued. 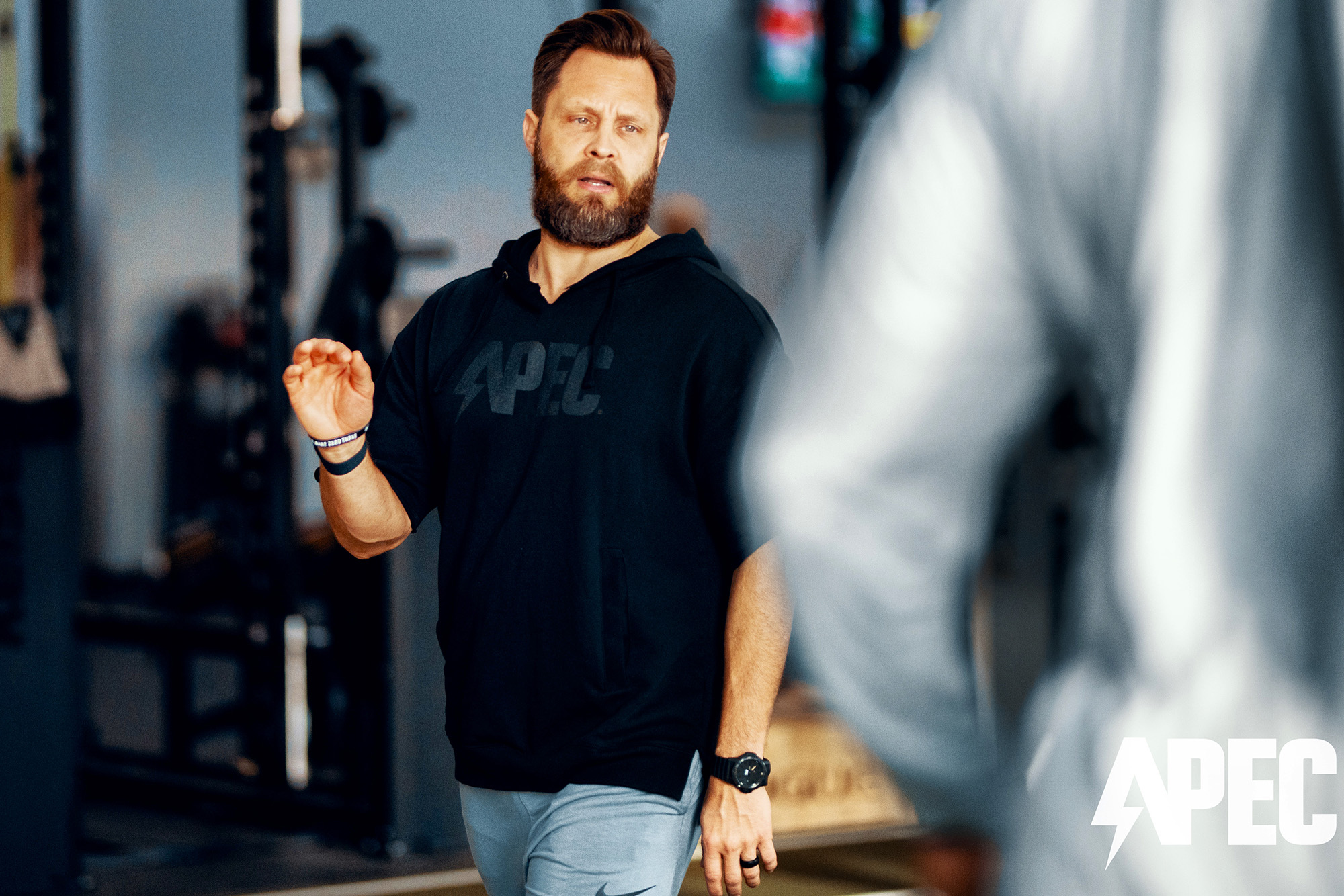 Stroupe, the founder and president of the Texas-based Athlete Performance Enhancement Center, also detailed how the gloves are a “perfect piece of equipment” for fitness buffs, especially those looking to work on arm mechanics and upper body stability.

“While it’s not a lot of weight, it’s a phenomenal way to load the body in ways that can affect fitness and performance,” he said.

Stroupe also noted how the weight of the gloves can differentiate between the athletes and their respective sports.

“We will vary the weight for our Major League Baseball pitchers and hitters, and our quarterbacks, whether it’d be high school all the way up to the NFL level, we’ve got some protocols that we’ve done in the past with just bodyweight, just their hands,” Stroupe explained.

“And so, to be able to add a different layer to that in a progression, and add in the Powerhandz, and we can do multiple, different levels of weight… It gives us the opportunity to progress those exercises and then we can change the velocity of the movements and add in weighted balls, even at times an actual football or an actual baseball or an actual bat, in order to really progress the athlete and give them the type of training response that we want,” he added.

Mahomes, 25, and the Chiefs are off to a hot start this season at 6-1. The Super Bowl MVP, who is expecting his first child with fiancée Brittany Matthews, has already thrown for 1899 yards in seven games, with 16 touchdowns and one interception.

“Our athletes are really our proving ground, if it works with them, then there’s got to be some value to it,” Stroupe said.