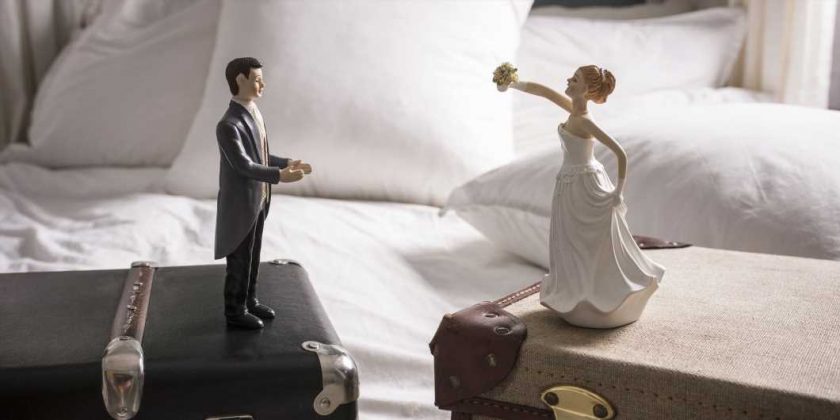 With as many as 50 per cent of all marriages in the United States ending in divorce, marriage doesn’t seem to be the institution it once was. After the honeymoon period is over, more and more couples are discovering they’re not the perfect fit they first imagined — and while nobody should stay in a relationship that they don’t want to, getting divorced (just like getting married) isn’t something to do on a whim. In a thread on Reddit, divorce lawyers have been sharing some of the pettiest, meanest and downright strangest reasons their clients have given for wanting to split.

Judging from some comments, a surprising number of marriages don’t even make it beyond the wedding night. “The groom had an argument with the new in-laws during the wedding and moved out at around 5 am during the first night,” said one lawyer. “He got drunk at the wedding, she did not like it, and decided to divorce him right after the honeymoon (which she went to without him),” said another.

Other nuptials survived past the wedding, but fell apart over pretty minor issues, as this legal assistant recalled: “This lady divorced her husband of two months because he got her an iPad case for her birthday instead of the expensive jewelry she wanted.”

Another client cited that his wife was “such a loud chewer at the dinner table” that he “developed a complex” and “literally needed out as he couldn’t bear to eat with her.” One husband was convinced that his wife was “trying to put a curse on him.” Then there was the wife who simply told her lawyer: “The dog he bought me pissed on the carpet.”

All of these minor infractions probably say more about the person filing for divorce than they do about the spouse. But then there were cases where serious wrongdoing was involved — although even these involved a hint of the surreal.

“When I was working at the DA’s office, there was a woman who had sex with her son’s 15 year old friend,” reads one comment. “The awkward part was that the husband was the high school baseball coach for both of the boys. My job at the time involved going through the evidence, including all of the text messages, where they eventually decided upon divorce. The only thing I really recall is that the man interrupted the text conversation about the affair to say “BRB. I’m going to get a McRib.” The texting resumed about 40 minutes later.”

One of the most shocking replies involved a husband who wanted to bring his love of firearms into the bedroom — literally. “I worked for a law office where the owner would talk about the man who sued for divorce because his wife would no longer allow him to use a loaded gun as a ‘marital aid,'” said the commenter. “She had apparently agreed to it at some point, and was fine with the gun as long as it was empty, but that just wasn’t good enough for him.”

Talk about a shotgun wedding.