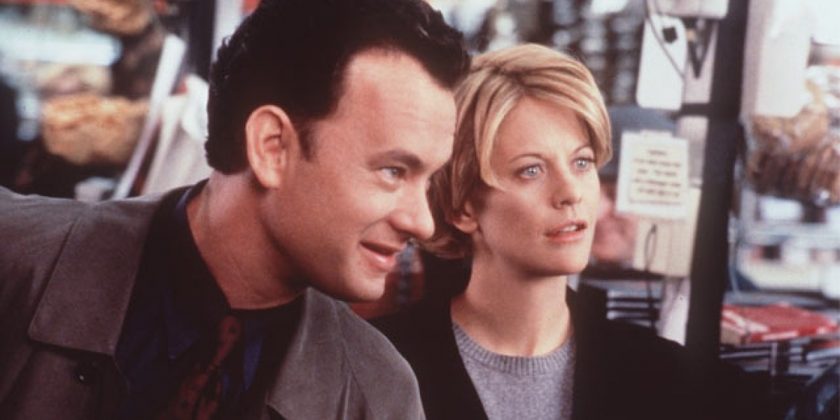 As dated as its premise may be, the 20-year-old romantic comedy You’ve Got Mail has only found more love since it debuted at #1 at the box office in 1998. Just a few months ago, Vanity Fair named the film as the #2 rom-com of all time, and while it’s impossible to pin the movie’s longevity on just one thing, it certainly helps that it was penned by two masters of the genre: sisters Nora and Delia Ephron. The late Nora was, as many know, a prolific screenwriter and essayist, while Delia penned the scripts for movies like Bewitched and The Sisterhood of the Traveling Pants. The latter Ephron clearly knows her way around the set of rules that most rom-coms follow, and in some aspects, You’ve Got Mail is about as traditional as they come. But the film deviates from the genre in one particular manner: the main character are "already in love," as Ephron says.

In You’ve Got Mail, Meg Ryan and Tom Hanks play, respectively, Kathleen Kelly, an independent children’s bookstore owner, and Joe Fox, the big box store executive whose retail domination is primed to put her out of business. That setup could be more suited to a story of corporate espionage and revenge, if not for one major, romantic conceit: Joe and Kathleen have been interacting on the internet, embarking on a virtual pen pal relationship that the audience knows could very easily blossom into something more — if only they knew who each other was offline.

"It’s a great plot," Ephron says now, speaking via phone. "And we didn’t invent that plot. That’s why that thing keeps getting remade — because it’s so delicious and it’s so simple." Many fans might not be aware that the story of Kathleen and Joe actually began as a 1937 Hungarian play, which then became the 1940 movie The Shop Around the Corner, then 1949’s In The Good Old Summertime, then the Broadway musical She Loves Me in 1960.

Constructing a movie that falls neatly into the rom-com genre involves, Ephron says, "[throwing] blocks in front of these people" that will keep them apart until the happy conclusion. The fact that Joe stands in the way of Kathleen and her life’s calling is a pretty heavy obstacle, and as both Ephrons grew up loving books and bookstores, it’s no wonder the movie itself seems to be on Kathleen’s side. Still, you can’t help but root for the main characters to make it work.

"You know they’re suited to each other, and the other stake is [that] they may never figure that out," Ephron explains. "In which case they would miss out on the person that makes them happiest."

And with Hanks and Ryan, two famously likable actors, leading the movie, You’ve Got Mail strictly follows another rule of the rom-com genre. "Both people are usually kind of adorable even though they don’t like each other," the screenwriter says. In person, Joe is Kathleen’s enemy, even if the same isn’t true for him. (He has all the power in this situation, after all.) That Kathleen has already unknowingly fallen for him saves Joe in our eyes — that, and that he’s played by Hanks, basically America’s Sweetheart. 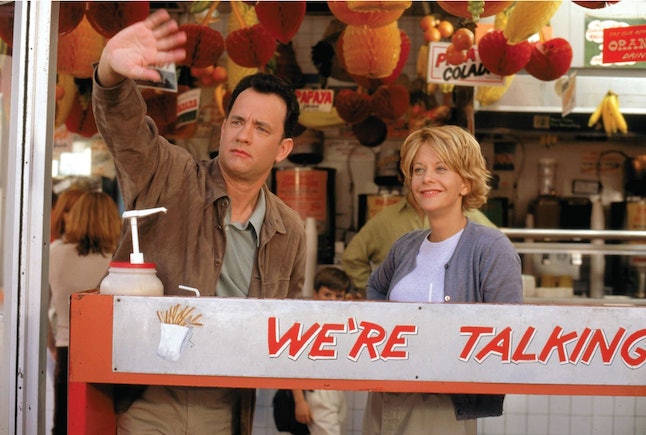 In a Vanity Fair oral history of the film published in 2015, Ephron highlighted the suspension of disbelief required to make rom-com setups work. "I mean, I don’t know how many of us actually have married people we really didn’t get along with when we met. I think it’s actually quite the opposite!" she said. So I ask her why, even though the enemies-to-lovers storyline is so unrealistic, audiences still can’t get enough.

"It’s just a convention, isn’t it?" she says. "A convention that we love. It’s absolutely essential that they rub each other the wrong way."

Yet while audiences might always be drawn to that trope, there’s one big part of You’ve Got Mail that couldn’t work today. The movie was born of the technological and capitalist developments that created chat rooms and put a lot of booksellers out of business, but 20 years later, brick and mortar Barnes & Noble stores have all but disappeared, AOL is no longer the most popular way of conversing online, and dating apps are a ubiquitous fact of life. 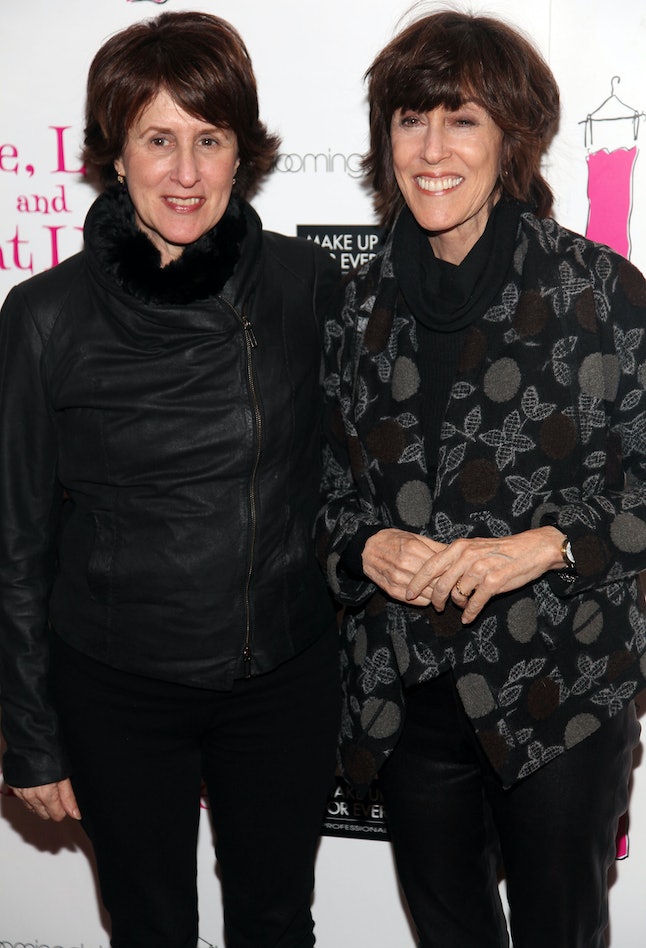 "There’s an enormous nostalgia woven into [the movie] which was not intentional," Ephron says. A lot of the comments that she gets from fans of You’ve Got Mail today praise it for being a product of a more "innocent" time. But hey, who knows what new form of communication will inspire the next You’ve Got Mail? It seems like a forgone conclusion that we’ll be getting another version of the movie eventually in some way or another.

That is, if the rom-com genre continues to do well and find fans. After all, Ephron is far too aware of the culture’s lack of respect for the genre. "First of all it’s prejudice against women, it’s prejudice against soft things," she sums up about the minimization of romantic comedies. "What’s more important than love? Period."

The writer claims that, in her career, she’s noticed that many male actors aren’t even interested in making rom-coms, and she assesses that one of the reasons why is that the female lead in most movies like these is on par in importance and screen time with her male counterpart. "Then suddenly men co-opted romantic comedies and they got more respect," Ephron says ruefully, citing 2005’s Wedding Crashers, which was written and directed by men.

But perhaps a future You’ve Got Mail reboot will get that respect, especially considering how many serious dramas have come out recently. "The movies this year are very dark," Ephron notes. "Which must reflect the mood of the country." But the cycle of the national mood will always bring us back to our desire to watch people connect with each other, against the odds and in spite of their circumstances.

"Sitting in that dark place watching other people fall in love somehow you remember your own experiences," the writer says. "Or if you haven’t been in love, it makes it seem like it’s possible."