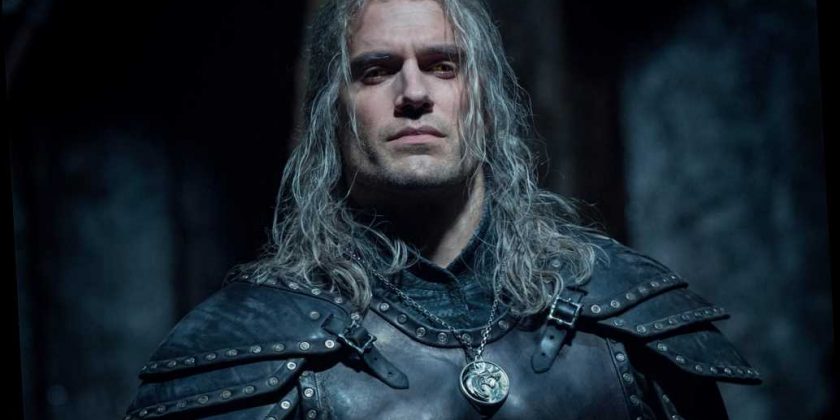 “The Witcher” actor Henry Cavill’s return as Geralt of Rivia has been revealed on Instagram.

The English star, 37, was captured on streaming service Netflix‘s Instagram page which showcased two teasing shots from the second season.

Henry’s “Witcher” character Geralt can be seen standing clad in gold studded black armor with a gold necklace over the top.

His platinum blonde hair falls over his shoulder and he has a grim expression on his face – suggesting there could be trouble to come.

In the second image, he is seen looking over his shoulder with a sword strapped to his back.

In his caption, the Netflix team wrote: “New armour, same witcher. First look at @HenryCavill as Geralt in @WitcherNetflix Season 2.”

Another posted: “Something to brighten your afternoon ”

“The Witcher” is based Andrzej Sapkowksi’s incredibly popular fantasy novels and short stories.

The eight-episode first series adaptation told the story of Geralt – a mutated monster hunter – who struggled to find his place in a world in which people are more wicked than beasts.

It also delved into the stories of Princess Ciri and Yennefer of Vengerberg, demonstrating how destiny brings these three characters together.

“The Witcher” showrunner Lauren S. Hissrich has dropped huge hints about what fans can expect from the protagonist in season two.

Speaking to TV Guide, she said: “Well, what’s really fun about Season 2 is that in the books, [after] Geralt and Ciri meet in that moment in Sodden … when we come back in the next book, we’ve actually skipped a lot of time.

“We found in writing the show that we didn’t actually want to skip over those first months of them getting to know each other. That’s part of the fun, is to take these characters, as you say, who understand that they’re each other’s destiny – not really embracing it, but accepting that this is what they need to do to continue walking through The Continent.”

She added: “And you know, Geralt, of course, has no experience with parenting, with children, with having a sort of continuous relationship in his life.

“He’s a vagabond of sorts. He’s a traveler. He purposely doesn’t establish long relationships and now he has one that’s going to be with him for a very long time.”