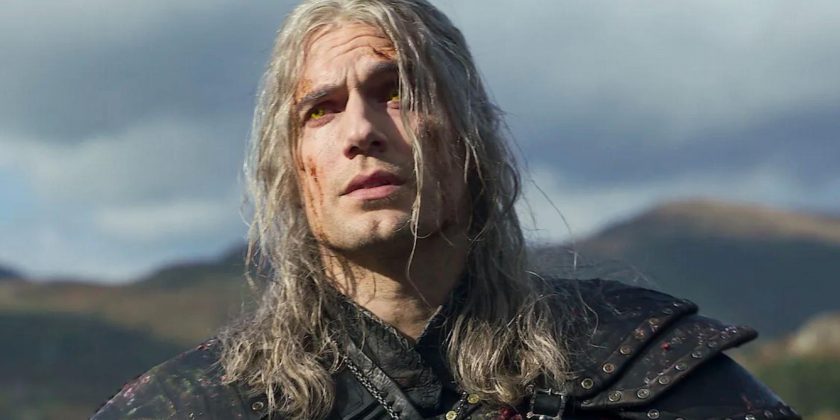 The Witcher is a fantasy drama television series created by Lauren Schmidt Hissrich for Netflix. It is based on the book series of the same name by Polish writer Andrzej Sapkowski. Set on a fictional, medieval-inspired landmass known as the Continent, The Witcher explores the legend of Geralt of Rivia, Yennefer of Vengerberg and Princess Ciri. It stars Henry Cavill, Anya Chalotra, and Freya Allan. The first season, consisting of eight episodes, was released on Netflix on December 20, 2019. It was based on The Last Wish and Sword of Destiny, which are collections of short stories that precede the main The Witcher saga. The second season, also consisting of eight episodes and based on the novel Blood of Elves, released on December 17, 2021. In September 2021, Netflix renewed the series for a third season, which will be released in mid-2023. The season will be followed by a fourth season, featuring Liam Hemsworth taking over the role of Geralt from Cavill.

“The Witcher” has been renewed for a fourth season by Netflix, though the hit fantasy series will be missing one familiar face. Henry Cavill will exit the production after the upcoming third season debuts, with Liam Hemsworth set to take over the lead role of Geralt of Rivia, per Variety.

The streamer announced the renewal and casting news on Saturday afternoon, with both Hemsworth and Cavill also releasing statements. Reading into the tone of both statements, the decision seems to be an amicable passing of the torch.

“My journey as Geralt of Rivia has been filled with both monsters and adventures, and alas, I will be laying down my medallion and my swords for Season 4,” Cavill said in a statement on Instagram. “In my stead, the fantastic Mr. Liam Hemsworth will be taking up the mantle of the White Wolf. As with the greatest of literary characters, I pass the torch with reverence for the time spent embodying Geralt and enthusiasm to see Liam’s take on this most fascinating and nuanced of men. Liam, good sir, this character has such a wonderful depth to him, enjoy diving in and seeing what you can find.”

The streamer announced Saturday that Henry Cavill is exiting the fantasy series after three seasons in the main role, with Liam Hemsworth set to take over as the character. The third season is expected to debut in summer 2023, while four-episode prequel series The Witcher: Blood Origin stars Sophia Brown, Michelle Yeoh and Laurence O’Fuarain and is set to launch Dec. 25 on Netflix.

“My journey as Geralt of Rivia has been filled with both monsters and adventures, and alas, I will be laying down my medallion and my swords for Season 4,” Cavill said in a statement. “In my stead, the fantastic Mr Liam Hemsworth will be taking up the mantle of the White Wolf. As with the greatest of literary characters, I pass the torch with reverence for the time spent embodying Geralt and enthusiasm to see Liam’s take on this most fascinating and nuanced of men.”

This major change for the show that’s based on author Andrzej Sapkowski’s book series follows Cavill’s return to the DC film fray as Superman, which was teased with a mid-credits cameo in the recently released Black Adam. He stars alongside Millie Bobby Brown in Enola Holmes 2, hitting Netflix on Nov. 4.

For his part, Hemsworth said he is “over the moon” to be stepping in as Geralt of Rivia. “Henry Cavill has been an incredible Geralt, and I’m honored that he’s handing me the reins and allowing me to take up the White Wolf’s blades for the next chapter of his adventure,” Hemsworth’s statement read. “Henry, I’ve been a fan of yours for years and was inspired by what you brought to this beloved character. I may have some big boots to fill, but I’m truly excited to be stepping into The Witcher world,” per the Hollywood Reporter.

Hemsworth, best known for playing Gale in the Hunger Games franchise, has recent credits in such films as Arkansas, Killerman and Isn’t It Romantic.

News of Cavill’s return as Superman comes almost five years after 2017’s “Justice League,” which marked the actor’s most recent extended appearance as the DC Comics superhero. However, Cavill did make a cameo in the newly released “Black Adam,” appearing in a sequence that teases a battle between Superman and Dwayne Johnson’s antihero. Cavill was given permission to take a break from Season 3 of “The Witcher” to film his “Black Adam” appearance. Now, he departs the series entirely.

READ NEXT: Horror Film ‘Prey For The Devil’ Earns $7 Million During Halloween Weekend In Box Office