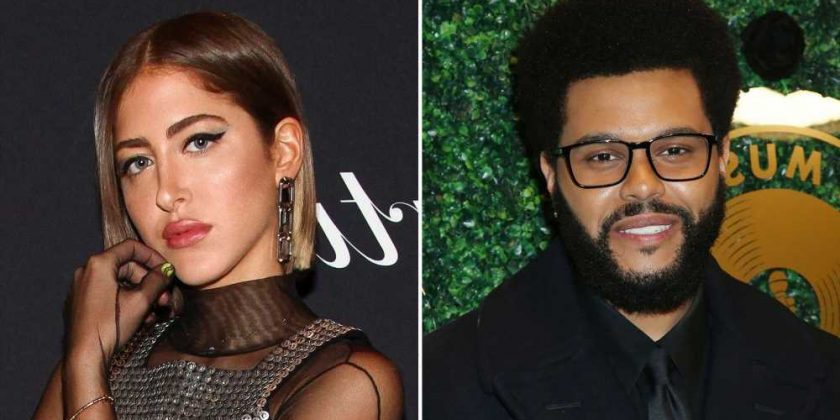 A new romance? The Weeknd was caught making out with DJ Simi Khadra at his star-studded birthday party.

Blinded by Love! The Weeknd’s Dating History Through the Years

The singer, 32, whose real name is Abel Tesfaye, was celebrating at Delilah in Las Vegas on Saturday, February 19, when he packed on the PDA with the Simi Haze Beauty co founder, 29, in the early hours of the morning, per a video obtained by TMZ. The event was also attended by Future, Tristan Thompson and Drake, who gave a toast to the birthday boy.

Khadra, who was close friends with The Weeknd’s ex-girlfriend Bella Hadid, was first linked to the Grammy winner in April 2021. The duo have not publicly commented on their rumored romance, but eagle-eyed fans did notice that the model, 25, unfollowed Khadra and her siblings on Instagram around that time.

In July 2021, the “Can’t Feel My Face” singer was also rumored to be dating Angelina Jolie after they were seen going out to dinner and attending concerts together.

A source told Us Weekly exclusively at the time that there was “nothing romantic” going on between The Weeknd and the Oscar winner, 46. “Angelina and The Weeknd had a business meeting,” the insider said, adding that the pair “got along great” but were not dating.

However, the “Save Your Tears” musician sparked new speculation about their relationship in January, after fans noticed that the song “Here We Go… Again” on his album, Dawn FM, seemingly referenced his relationship with Jolie.

Though a source told Us exclusively in January that the songwriter finds Jolie to be “the ultimate muse,” the pair are still just friends. “Angelina and The Weeknd have had a few meetups, but there is nothing romantic going on between them — at least that’s what friends are told,” the insider said, adding that they “have more things in common than people would think.”

According to the source, the Salt actress and The Weeknd first became friendly because her children are fans of his music. “They’re crazy about him and they love him and his music. They’ve all become quite buddy buddy, and the kids find it so cool that their mom has a connection with The Weeknd.”

The Weeknd Through the Years: From Drastic Haircuts to Shocking Prosthetics

The Weeknd previously dated Hadid from May 2015 until November 2016. After a brief split, they reconciled in April 2018 before calling it quits for good the following year.