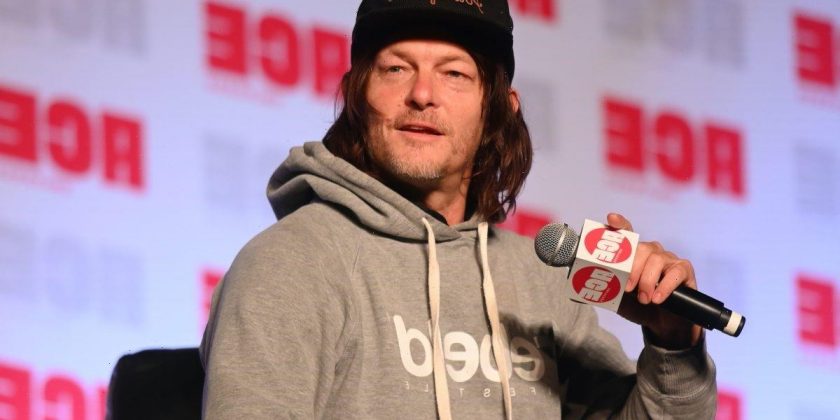 Norman Reedus reached a new height of popularity after joining the hit show The Walking Dead in 2010. The father of two is still starring in the show, and fans hope his character will not get a terrible ending. Apart from the zombie series, the actor has kept himself busy.

There is a chance that Reedus would not have had the successful career he built. It is not uncommon for stars to get discovered by someone in the entertainment industry. The opportunity presented itself to Reedus after too many drinks.

Reedus has been acting for over two decades so far. The 52-year-old star worked on a couple of music videos before his film debut in 1997. His first movie was Floating, and he played a troubled youth on a journey of reconciliation.

Other well-known works include Six Ways to Sunday and Gossip. Reedus also appeared in the 1999 classic The Boondock Saints. He starred alongside Sean Patrick Flanery as one of the MacManus brothers. Reedus also was in various television shows.

Of course, Reedus is most famous for his performance in AMC’s The Walking Dead. He has played fan-favorite Daryl Dixon since season one. Daryl is skillful at hunting and killing walkers, and the character has gone through many hardships in the story. Reedus enjoys the relationships presented in the series, especially Daryl’s friendship with Carol.

Unfortunately, The Walking Dead will come to an end in 2022 after a decade of airing. Luckily, fans can still see Reedus as Daryl in an upcoming spinoff series. It had been announced that he would star in it with fellow co-star Melissa McBride.

Norman Reedus was discovered after getting drunk

Reedus attended college for a bit but did not go into acting right away. In a video by WIRED, he shared the story of how he got into the career. The star had met a woman during his stay in Japan and later moved to Los Angeles, California, to live with her.

Once he got there, Reedus started working at a motorcycle shop in Venice, California, a neighborhood in Los Angeles. According to IMDb, he was earning $7.50 an hour at his job. While Reedus was there, he got into a fight with the shop’s owner. In the evening of the same day, he attended a party and got drunk.

“I started yelling at a crowd of people, and then, someone asked me to be in a play,” Reedus explained. The person offered him the role of an understudy and that he would not need to appear on stage. Needless to say, Reedus had to act since the actor did not show up the first day.

The play was called Maps for Drowners at the Tiffany Theater on Sunset. A lady was in the audience and enjoyed Reedus’s performance. She side pocketed Reedus, and Reedus landed many roles afterward.

What is next for Norman Reedus?

Reedus is still acting and has a couple of things planned for the future. He is no doubt preparing for the end of The Walking Dead and the beginning of its spinoff series. The star will appear as himself in the documentary King Cake: The Joie de Vivre.

The actor recently aired the fifth season of his AMC series Riding With Norman Reedus. Several big names appeared in the show, like Marilyn Manson. It is unknown if Reedus will get his show renewed for another season. The star also lent his voice for an episode of the 2021 series Helluva Boss.