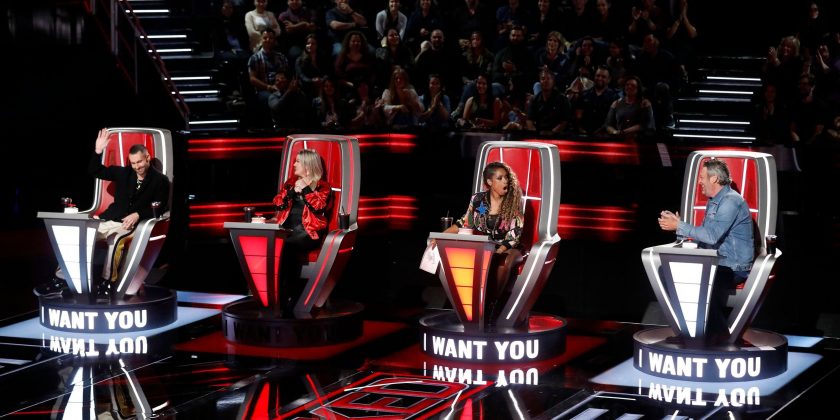 “The Voice” started Tuesday with 24 contestants, all of whom performed during Monday’s live show. By the end of the episode, each judge’s team of six had been whittled down to three: two performers “saved” by online voting and one chosen by his or her judge during the show.

Two singers from the Comeback Stage, a competition conducted online until now, performed live and Ayanna Joni was also saved with a lightning five-minute Twitter vote to join the newly smaller group.

Sprinkled in between the eliminations were performances from Kane Brown and the Backstreet Boys.

But make no mistake, this episode was all about narrowing the field.

Related: ‘The Voice’ finalist Beverly McClellan has died of cancer at 49

The contestants left are:

Ayanna Joni, from the Comeback Stage

Of course, that left a lot of favorites out in the cold, which left some fans less than happy. Twitter user @timbronkema summed up many viewers’ feelings about the new format, which he said “stunk this season.” And @iam_AmandaGaby said, “So many talented people went home tonight who were better than the gimmicky vote-in!”