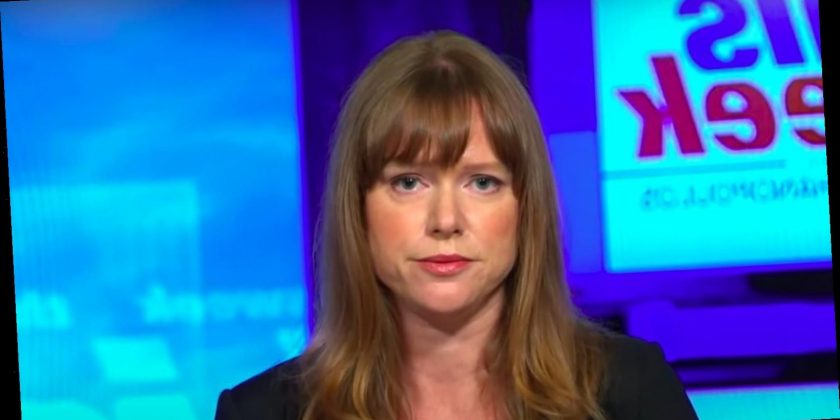 President-elect Joe Biden and Vice President-elect Kamala Harris are prepared to hit the ground running when they’re officially sworn in on January 20. A crucial part of that process is, of course, naming senior staffers like the White House communications director. This particular role will be held by Kate Bedingfield, one of the people who helped Biden win the presidency.

Bedingfield and Biden already know they work well together — the two go way back. She served as his communications director when he was vice president, and they joined forces again when Bedingfield was named deputy campaign manager and director of communications for Biden’s presidential campaign (via Fortune).

We'll be seeing a lot of Kate Bedingfield

President Trump routinely went months without holding a press briefing (via ABC News), but President-elect Biden will hold daily briefings, as reported by Politico. Bedingfield will be behind the podium fielding questions from reporters. She’s more than ready for the public-facing role — throughout the duration of Biden’s 19-month campaign, Bedingfield made frequent appearances on cable TV and took the lead on campaign briefings.

In addition to her extensive political experience, Bedingfield is well-known in the entertainment industry, having previously worked as spokesperson and VP of corporate communications at the Motion Picture Association of America (MPAA) (via The Wrap). She held roles in the entertainment and sports industries after Trump took office, but Bedingfield returned to her political roots when Biden launched his bid for the presidency.