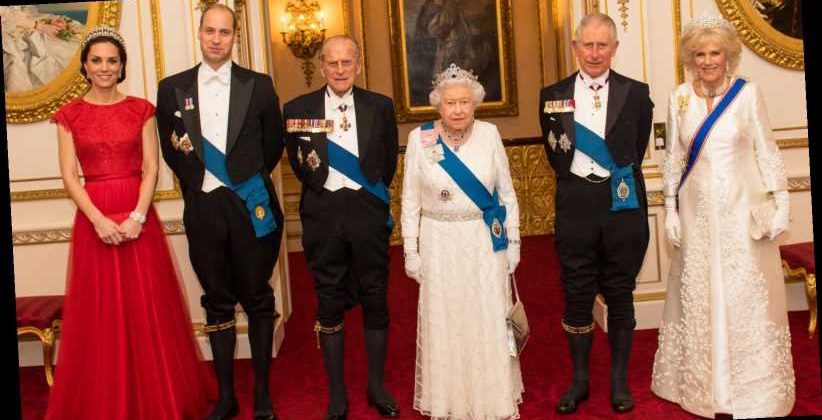 It’s no secret that Queen Elizabeth II and the entirety of the British Royal Family costs taxpayers in the United Kingdom plenty of money each year. It costs multi-millions to maintain the monarchy from clothing to travel to the queen’s Christmas gift budget. The various funding sources “are used entirely to support The Queen’s work as Head of State,” (via Royal UK Finances). The family is worth an astonishing $90 billion, The Cheat Sheet reported.

Staff and security also cost the monarchy an eye-raising amount. Considering that the queen’s second home is Windsor Palace, which boasts more than 1,000 rooms, it’s no surprise that keeping it and the family’s other properties running requires a significant number of people. In 2017, the monarch’s staff and security topped $27 million, which is the family’s second-highest annual expenditure. Due to the COVID-19 pandemic, the Queen spent more time at Windsor Palace during the past year, and she suffered a sad loss last December. They also own and maintain Balmoral Castle in Scotland. Along with Buckingham Palace, these palaces are just three of their numerous properties, which must be fully staffed and secured.

While it costs a lot to keep the working royals clothed, fed, and housed, their most considerable expense of more than $30 million annually is possibly the same thing you probably spend most of your money on each year.

The royal family's largest expense is yours as well

According to a ValuePenguin report, if you’re like most people, you spend the largest portion of your budget on housing. The royal family is the same, but the amounts are more significant than the average person’s. Showbiz Cheat Sheet, based on numbers from GOBankingRates, revealed that the monarchy spends $31 million on their properties. The massive expense breaks down into several categories, but the largest piece of that pie ($24 million) is earmarked for traditional property maintenance. The expenditure “includes keeping up with curb appeal, maintaining common areas, etc.”

Utilities eat up another $4.1 million for the royals. (By comparison, in an average U.S. household budget, that category accounts for 11 percent of the budget each year, per ValuePenguin). The remainder of the $31 million, which is $2.9 million, goes to housekeeping and hospitality.

To pay all these exorbitant expenses, the royal family relies on three sources of funding. “These are: the Sovereign Grant, the Privy Purse and The Queen’s personal wealth and income” (via The Royal Family | Finances). The bottom line is, it costs a lot of money to fund the British royal family. You might breathe a sigh of relief that your expenses aren’t quite as steep.