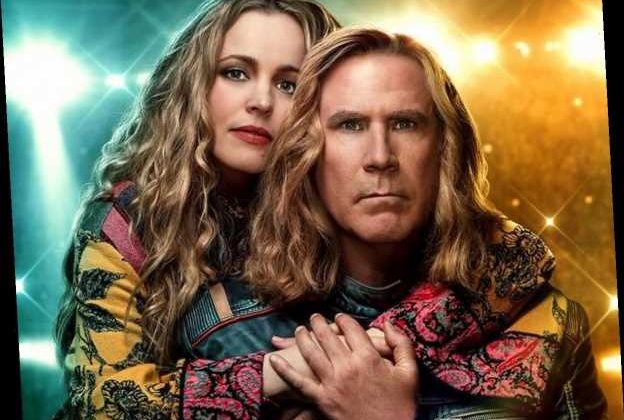 Generally speaking, comedies aren’t really known for having great original music. But every once in a while, a musical comedy comes along that takes its songs seriously, managing to make them funny while at the same time still sounding like legitimate musical compositions. This Is Spinal Tap is one movie that did this very well. Walk Hard is another. Now, it looks like we can add another film to the list, as the Eurovision soundtrack is nothing short of amazing.

The Will Ferrell and Rachel McAdams Netflix comedy is based on the long-running European singing contest of the same name, with the pair playing an Icelandic musical duo in search of stardom. For the soundtrack, the filmmakers wanted to mimic the actual competition’s distinctive musical style without leaning too far into parody territory.

"I didn’t want ‘Dick in a Box,’ but we’re also not making A Star Is Born here," director David Dobkin told Vulture. "It’s okay if it’s funny, but it has to be really good music. It has to still be great and just kitschy enough to be Eurovision, because that’s part of what’s fun about Eurovision."

To achieve this pitch-perfect tone, the film’s producers enlisted songwriter Savan Kotecha to write and produce a bulk of the film’s original songs. Kotecha has co-written loads of massive pop hits, including The Weeknd’s "I Can’t Feel My Face" and Ariana Grande’s "Love Me Harder," so he certainly knows how to craft a catchy tune. He wasn’t super versed in Eurovision culture, however, which is why he assembled a own team of super songwriters, mostly Eurovision veterans of Scandinavian origin, to help him craft the film’s many original tunes.

The movie’s official soundtrack consists of 16 tracks, most of which are original to the film. Ferrell sings on a number of them, as does McAdams, though her vocals are augmented by the addition of Swedish singer and former Eurovision contestant Molly "My Marianne" Sandén, who doubles as McAdams singing voice in the film. A number of international singers also perform on the soundtrack, including pop star Demi Lovato, who performs one of the film’s new songs in her role as an Icelandic contestant named Katiana. The soundtrack’s non-original songs include a cover of Pharell’s "Happy," a medley comprised of songs by Cher, Madonna, ABBA, and others, and "Fool Moon" by English pop group Anteros. The full track list can be found below.