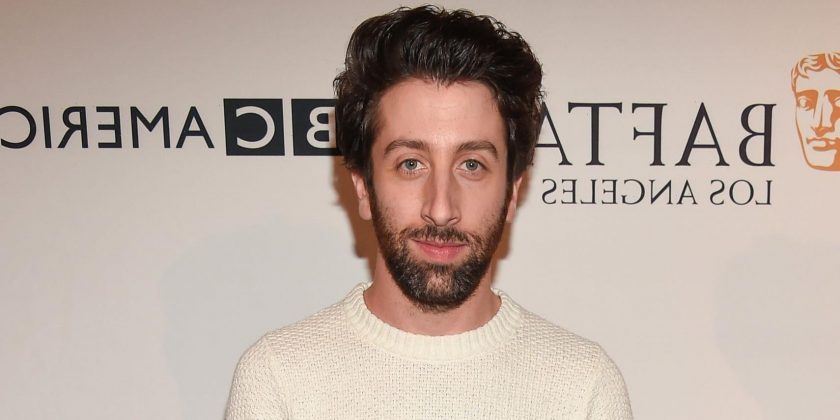 Simon Helberg may not be a familiar name, but chances are people will recognize his face. Helberg played Howard Wolowitz on one of the most successful sitcoms of the 2000s, The Big Bang Theory. Again, the name might not be recognizable, but most of the show’s mainstays are familiar faces to all Americans. Simon Helberg, an American actor who has a current net worth of $45 million.

On December 9, 1980, Simon Helberg was born to the actor Sandy Helberg and casting director Harriet Birnbaum Helberg. He was born in Los Angeles and was raised Jewish. He initially attended middle school and high school at Crossroads School in Santa Monica, California, with friend Jason Ritter who later became his roommate at the New York University. He shortly attended New York University’s Tisch School of the Arts, where he trained at Atlantic Theater Company.

Just like any other actor, he started playing small roles. Helberg played multiple minor roles when he was still starting; he appeared in the 2002 feature film Van Wilder as one of those geeky students for whom Van Wilder was throwing a party. In 2004 he had a small role in two episodes of Reno:911 episodes Hooker Buying Son in Not Without My Mustache and Student Driver in Raineesha X. That same year, he appeared in A Cinderella Story, which stars Chad Michael Murray and Hillary Duff. He had a minor role in George Clooney’s film Good Night and Good Luck the following year, where he only had one line. In 2005 he also played a role in an episode of Arrested Development as an employee of a film studio where Maeby has worked.

Finally, after working on minor roles, he was cast as Howard Wolowitz in the CBS comedy series The Big Bang Theory in 2007. Initially, it was not a massive role as only the three main cast Kaley Cuoco, Jim Parsons, and Johnny Galecki was earned the most at $60,000 per episode. He was reportedly earning $45,000 per episode in the first three seasons, the same amount paid to his costar, Kunal Nayyar. After generating a significant audience share, he reportedly earned $100,000 per episode in the fourth season, which continued until season 8. During these seasons, the three main casts Kaley Cuoco, Jim Parsons, and Johnny Galecki, were paid $350,000. Before the filming for season 8, Helberg and Nayyar renegotiated their salaries; they were pushing to get equal wages as the main three characters. Still, the producers of The Big Bang Theory did not like this idea. They were threatened to have their characters written off if they could not reach a deal; eventually, everyone agreed. Though the two did not get paid the same amount as the three main casts, they received a substantial raise with a condition to have pay raise as the story progresses.

True to the words of the producers, the initial agreement that Helberg and Nayyar will be paid higher and higher as the show’s story progresses did happen. At this point, Helberg was already a household name when he was cast as Howard Wolowitz. Helberg was reportedly being paid $800,000 per episode and earned an estimated $23 million from June 2015 to 2016. Soon, Helberg and Nayyar were paid more and more, and at the start of season 10, the five main casts were all getting paid equally at $1,000,000 per episode. However, in March 2017, the five main casts agreed to have a 10 percent pay cut so that the other mainstay of the show Melissa Rauch and Mayim Bialik, could enjoy a significant pay raise as well. Bialik and Rauch were reportedly paid about $500,000 per episode, far from the $900,000 per episode salary of the five main casts. Helberg has appeared in 280 episodes of The Big Bang Theory across the 12 seasons from 2007 until 2019. He also won Choice Award for Best Supporting Actor in a Comedy Series for Howard Wolowitz.