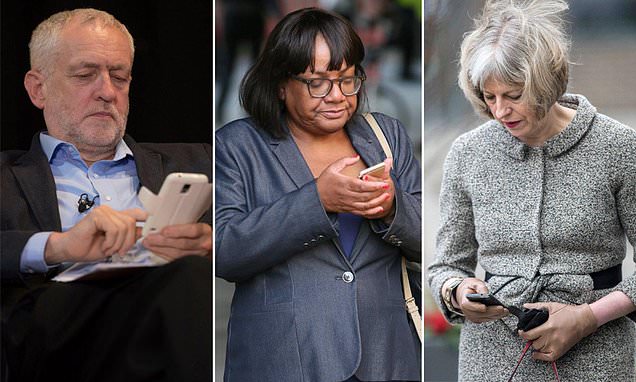 The secret weapon of Westminster’s women

Britain’s female MPs have cottoned on: it’s not who you are or who you know but which WhatsApp group chat you’re in. Katy Balls looks at how technology has changed politics for ever

Gossip spreads like wildfire in the world of politics. When Jeremy Corbyn appeared to mutter ‘stupid woman’ in the direction of Theresa May during Prime Minister’s Questions last month, most MPs, including the Speaker of the House of Commons, missed it – half of them were glued to their phones at the time. Not even politicians pay much attention to what happens in the chamber these days.

It was only when users on social media pointed out the incident that news began to travel. Female Conservative MPs took to WhatsApp to fire off messages – accompanied by angry-face emoticons – alerting colleagues. They quickly brainstormed ideas on how to respond to the seemingly sexist slur: ‘Who is going to raise this?’ 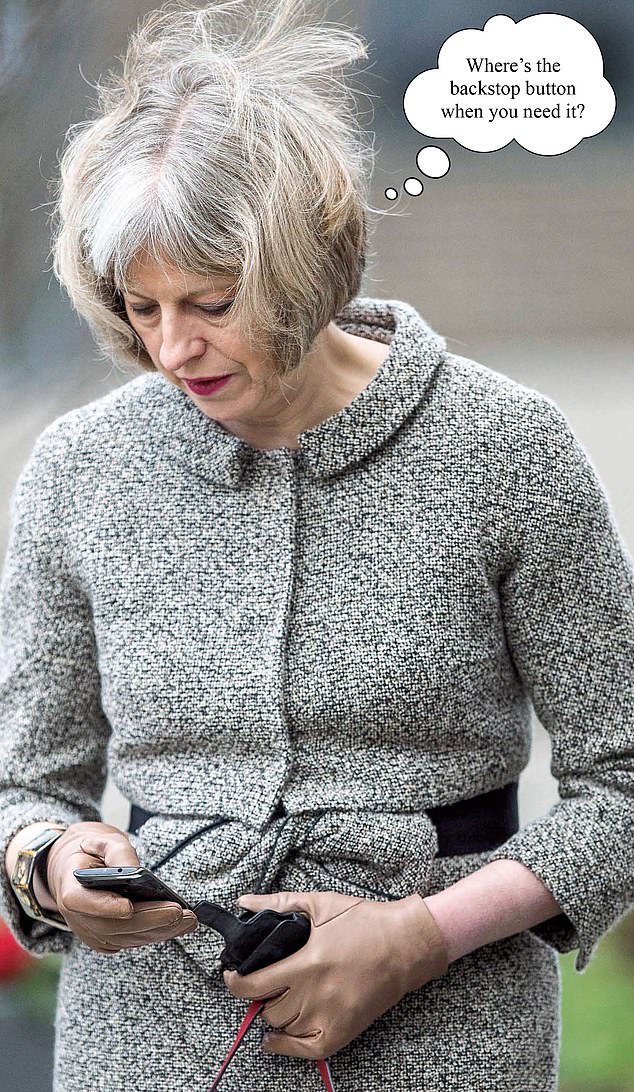 When Jeremy Corbyn appeared to mutter ‘stupid woman’ in the direction of Theresa May during Prime Minister’s Questions last month, female Conservative MPs took to WhatsApp to fire off messages – accompanied by angry-face emoticons – alerting colleagues 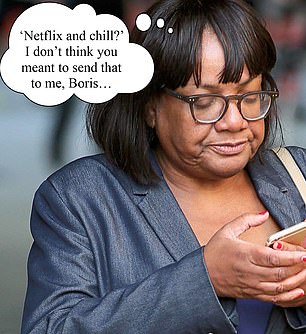 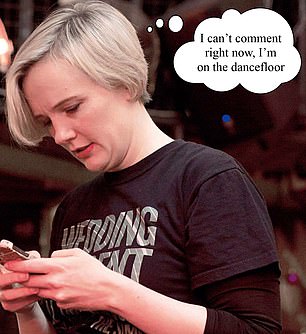 Thanks to their coordination a handful of MPs alerted the Speaker to the exchange before the session ended – leading to the Labour leader being summoned to answer for himself in the Commons later that afternoon. The story then dragged on for days, casting Corbyn in a negative light.

This is the new normal in Westminster. If politicians need to know what’s going on, they no longer look to the despatch box or head to the Commons’ bars. Instead they turn to the UK’s most popular messaging service: WhatsApp.

You see, Parliament isn’t just about what happens in the chamber – instead it’s about what happens behind the scenes. Traditionally, the gossiping, plotting and sharing of secret information occurred in Parliament’s bars, nearby Westminster watering holes or smoke-filled all-male dining clubs. It was this culture that led a female cabinet minister in the New Labour government to tell her advisers that she needed to hire someone who would go and sit in Stranger’s (the Parliament bar for MPs) several times a week. Why? Because she desperately needed to know what was going on but didn’t have the time to stay late boozing.

Thanks to technology, however, such drastic measures are no longer required. There are now 208 female MPs in the Commons – the highest number in history – and the working women’s clubs they’re all likely to be members of are WhatsApp groups titled Conservative Women or Women’s Parliamentary Labour Party. And it’s certainly a thriving – and active – membership.

When the Prime Minister faced a no-confidence vote in her leadership, how did her critics attempt to cajole colleagues into turning on their boss? A female Brexiteer MP sent an expletive-fuelled WhatsApp message warning that those who backed May were ‘clapping seals’. When a politician was left outraged by the latest transgression of a male colleague, where did she turn? To her all-female MPs group to rant. And after an MP was convicted of lying to the police to avoid a speeding ticket, by what means did she inform colleagues she would not resign and compare her plight to Jesus Christ’s? You guessed it, WhatsApp.

While the rise in the use of messaging apps in the House of Commons over the past two years has led to a lot of embarrassing leaks to the press, it’s also meant that the women of Westminster have an indispensable tool at their hands for juggling a full-time political career with a hectic personal life.

Thanks to WhatsApp, you can carry your MP girl gang in your pocket. Today’s politicians can catch up on the latest antics of their colleagues between writing a constituent letter, going to the gym and making that parents’ evening.

‘It’s replacing the old ways of Westminster,’ explains Jess Phillips, a Labour MP and mother of two who joined Parliament in 2015. ‘It used to be about who goes to dinner with who. You used to have to go to a bar and speak to colleagues but this way you can bond without the hangover,’ she says. ‘We have a group for each intake [the year when they were elected], and it is like we’re hanging out. It keeps us all together.’ 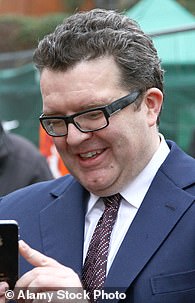 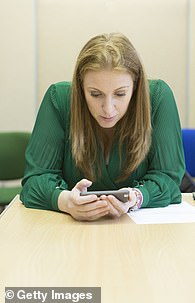 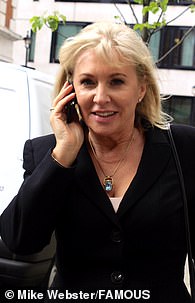 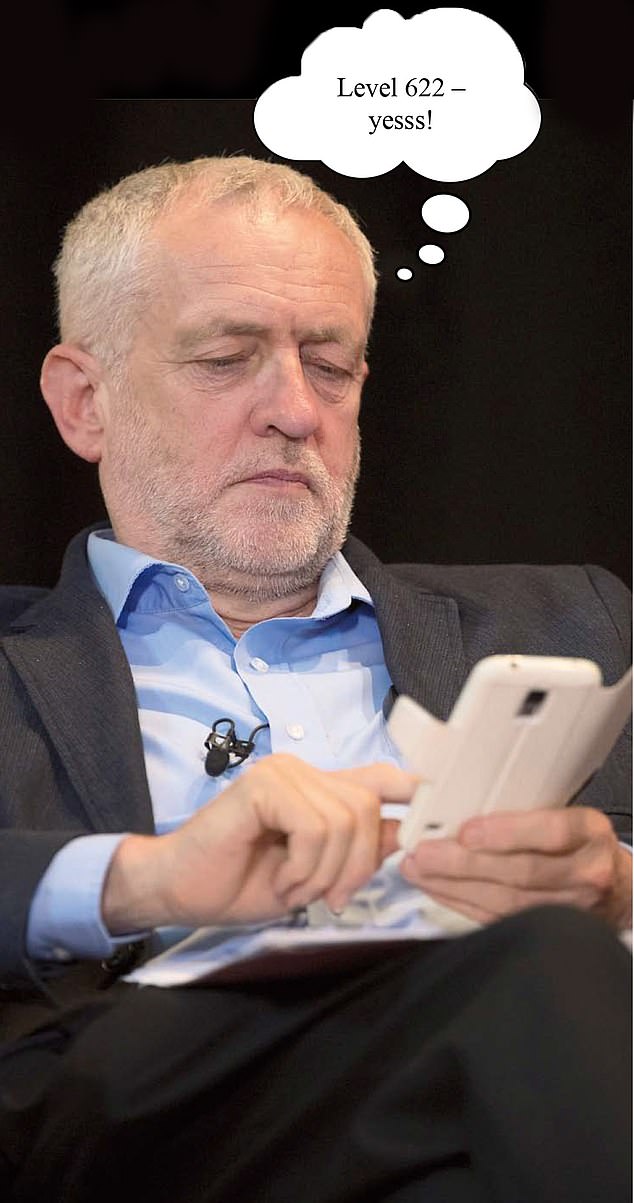 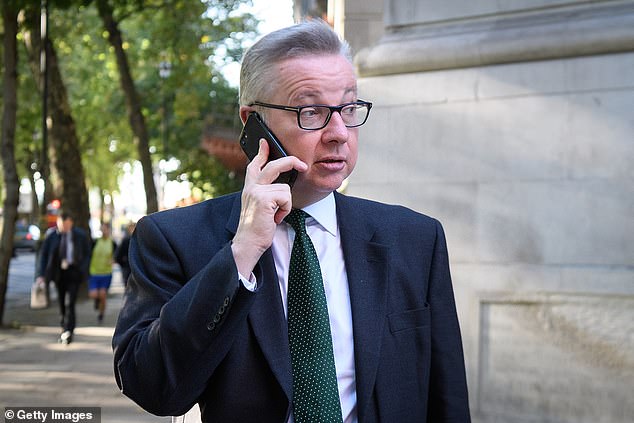 It can also be helpful for getting political activism going. ‘We use it all time. It’s the quickest way to get a group of women to back an action,’ Phillips explains. ‘It lets us work together quickly to get things done and campaigns going.’

With a group for everything – from Brexit and domestic policies to socials and even a Love Island fan group – there’s something to cater for all needs. On being elected to Parliament in 2017, new female MPs across the parties credited these groups for helping them navigate the wacky ways of Westminster. Conservative MP Gillian Keegan said she turned to the MP groups for help dealing with social-media abuse, advice on how to manage a rural constituency and even gardening tips, while Labour’s Laura Pidcock credited her party’s all-women’s group for offering advice on procedure and women’s issues.

‘WhatsApp is very good for female MPs,’ says Sir Cary Cooper, a professor of organisational psychology and health who specialises in wellbeing in the workplace. ‘There’s such a relatively small number of them. Women have their women-only groups because they have to have their own voice.’

Cooper says it makes sense that female politicians have been drawn to WhatsApp in order to offer and receive support because it is traditionally the women who receive the hardest time in politics. ‘When they’re attacked – such as when Theresa May was [the alleged ‘stupid woman’ comment] – it’s much worse than any male MP has it. Through these groups they can share their perceptions with a sense of confidence and they know they will have backup when they do confront someone.’

WhatsApp is also a crucial tool for helping MPs to multitask. ‘I’ve done a lot of research on women in my studies and I think they still do the double shift,’ Cooper explains. ‘Women still look after the family and take on its social organising role, and they’re in the workplace as well, so they have to juggle that.’ This is particularly crucial when your career – as is the case in Westminster – demands unpredictable late nights and regular travelling (if your constituency is outside London).

Kemi Badenoch is a Conservative MP who joined Parliament in 2017 where she was quickly heralded as a rising star. Badenoch, who has two young children, says that the messaging service can be vital when it comes to balancing a full-on personal life with the demands of a busy political career. ‘It’s very good for rapid response. I’ve found it helpful for last-minute schedule changes that can impact family life – having hundreds of colleagues at my fingertips when you need a favour.’ However, Badenoch adds that no amount of messaging can replace face-to-face interaction.

This is because one downside to all the messaging is that more time spent chatting online leads to less time talking in person. This can mean MPs stay in their tight groups rather than expand their social circles, and thereby they can fall victim to group-think. For all the numerous Westminster groups, nearly all are made up of MPs from the same party. ‘I’m not on a single WhatsApp group with a Tory – even though I am on about 20 MP groups,’ explains one female Labour MP.

‘If you create a WhatsApp group – say, of Labour MPs who voted for Brexit – then what you’re doing in effect is reinforcing people’s views,’ cautions Cooper. ‘It’s quite dangerous because then they’re not getting exposed to any other opinions that could help them think through the logic of a different argument or policy or whatever the issue is.’

This has certainly been the case for some parliamentarians. After several attempts by Tory Brexiteers to oust Theresa May from office have failed (at least at the time of going to press!), the finger of blame has been pointed at the effects of talking online rather than in person. ‘I think it’s awful,’ sighs one female Tory MP. ‘It creates a bubble mentality – when people say stuff, a lot of people on the thread just think “WTF?” but they don’t engage, so the people saying the crazy stuff think others agree with them. At least when these conversations happened in the MPs’ tearoom you could see the eye-rolling.’

The worry of sending messages to the wrong person – or having them leaked to the media – has led some MPs to take drastic measures. One female minister has tried out Confide, a secretive app that lets you send time-limited messages and alerts the sender if the recipient tries to screen-grab it. One female Brexiteer, meanwhile, has downloaded Telegram. Regarded as the most secure of all the messaging apps for speaking to Labour MPs about Brexit matters, the only catch is Telegram’s branding problem – it’s also the favoured messaging app of terrorist organisation Isis.

‘WhatsApp,’ one MP admits, ‘hasn’t made us particularly kind to one another.’ The Labour MP Lucy Powell and her fellow MPs discovered this the hard way thanks to human error. Powell took to WhatsApp to rant that two of her colleagues, who were kicking off over an opinion piece she had written on ‘f***ing childcare’, really ‘think they’re going to be ministers in an actual Labour government very soon’. But in a classic social media faux pas, she sent the message to a group that included the women she was talking about, leading her to apologise for being a ‘cow’ and lament that ‘WhatsApp is a terrible thing’. The worry of the wrong person seeing your message has led some MPs – including a minister – to try messaging apps with higher security.

But regardless of which MPs see WhatsApp as a blessing and which regard it as a curse, the truth is it isn’t going to go away. Rather than MPs winding down their usage, politicians say they now get 50 to 80 messages a day from colleagues. It follows that they have little choice but to take a leaf out of the book of many of the women of Westminster and work out how they can use it to their advantage.