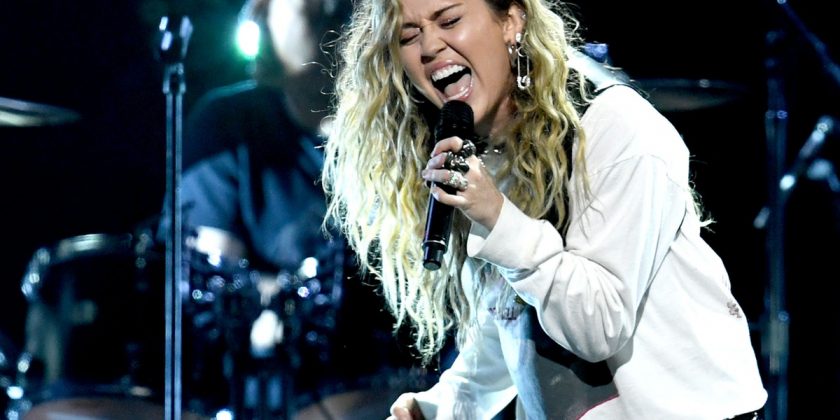 The first round of 2019 Grammy performers was announced a week ago and included the biggest stars in pop music, like Cardi B. and Shawn Mendes. Now the second round of performers was revealed and it includes a few veterans and a couple newbies. The Red Hot Chili Peppers are going to take the stage along with Miley Cyrus, Brandi Carlile, and H.E.R. at the bit event on Feb. 10. They’ll be joining the rest of the performers thus far, which, in addition to Cardi and Mendes, include Camila Cabello and Janelle Monáe.

The Grammys should be pretty entertaining this year with Alicia Keys as host. Keys, who has 15 Grammy wins under her belt, definitely has the chops and experience to help put on a great show. And, out of the new crop of singers, they’ve all either been nominated in the past or are current nominees. They’re also a pretty diverse mix of genres, from country, to rock, to pop, to R&B, the show will have anything for every type of fan.

But what if you’ve never heard of the artists below? Or maybe you’ve heard of them, but have you heard their music? It’s okay if you haven’t, because we have a quick rundown of what you should listen to before the music industry’s big night, to get you super pumped for the big night.

Cyrus is no Grammys newbie, she was nominated for Best Pop Vocal Album in 2015. Her newest single is a collaboration with Mark Ronson titled "Nothing Breaks Like a Heart," and it’ll probably be the song she performs at the Awards this year, so keep a lookout. But, if you need a bit more jams to get excited for Cyrus’ performance, take a trip down memory lane with her cover of her godmother, Dolly Parton’s, classic "Jolene."

The epitome of a classic ’90s rock band, the Red Hot Chili Peppers have some of the best songs to jam out to. You of course have to stick with the classic "Californication." The intro is iconic and basically transports you back to being an angsty teen. The band has 6 Grammy awards to their name — won between 1993 and 2012. This year, they’ll be joining Post Malone in his performance, according to the press release. This performance might seem odd to some, because Post Malone is know as a rapper, but he can play guitar and has covered some rock before.

The first and last time Brandi Carlile was nominated for a Grammy was in 2015 for Best Americana Album for her fifth album. This year, she’s been nominated a total of 6 times, for Best Americana Album, Record Of The Year for "The Joke," Album Of The Year (By The Way, I Forgive You) and Song Of The Year, also for "The Joke." So of course, she dominated and of course you should listen to "The Joke." It’s a no-brainer. While you’re getting ready to hear her sing her heart out at the Grammys, you should check out "The Story." The song, from her second album, is one of her most-watched videos on YouTube and was on Grey’s Anatomy.

H.E.R. has had an amazing year with the debut of her first album, which is self-titled, and getting her first ever Grammy nominations for it. She’s up for Album Of The Year (H.E.R.), Best New Artist, Best R&B Performance for "Best Part" featuring Daniel Caesar, Best R&B Song for "Focus," and Best R&B Album (H.E.R.). If you’re unfamiliar, "Focus" is a perfect intro to her style and music, but Grammy viewers should also make sure to listen to "Best Part" — it’s truly mesmerizing. H.E.R. also plays guitar, so let’s cross fingers that she shows that off at the Grammys, too.

So, get to listening because these performances are going to be what everyone’s talking about after the 61st Grammys air on Feb. 10. Plus, if you’re new to any of these talented artists, you can add them to your next playlist too.