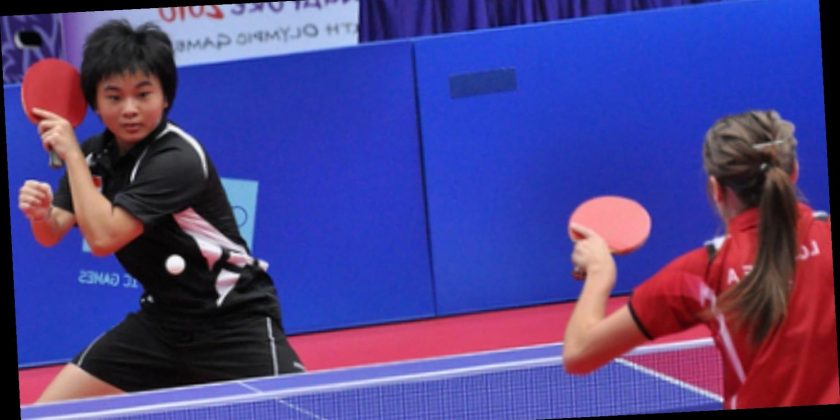 Although table tennis is not as famous as football, basketball or normal tennis is, we can consider it a popular sport worldwide. Not only does it require a lot of concentration or practice but it is also famous in many parts of the globe – such as Europe, the United States of America but mostly in China.

In the following article, we came up with a list of the most wealthy table tennis players. Even though the numbers are not as big as it is in normal tennis, ping pong is still a sport where you can make good money, especially if you’re good at it.

A very famous Chinese professional table tennis player, Fan Zhendong is the third most famous in the world right now. Even though he is very young, being just 22, his net worth isn’t as remarkable as the others, but taking into consideration the fact that he just started his career when he was still a teenager, he manages to give outstanding performances throughout his games.

He has a unique style of playing table tennis, which made him win his precious title. He is estimated to have earned $100,000 and even though his net worth is not public yet, people are estimating that from the brand deals and other wins he has, he is worth between $1 million – $5 Million.

In 2013, he earned roughly $250,000 in one season, just from his wins at all the competitions he attended. He is an Olympic champion that has proven his worth throughout his career, becoming one of the best paid Chinese table tennis players. He won four titles in 2004 when he was only seventeen, and one year later he became a World Champion (the youngest ever at that time). Winning a Grand Sam in 2016 and continuing to have amazing results in the game, has brought him an approximate income of $20 million since he started, making him one of the richest table tennis players.

Also known as ”magic shoes” or the “Mozart” of table tennis, he got his nicknames for a good reason, making him one of the most notable table tennis players since forever. He was born in Sweden and is now retired but still has managed to make a fortune throughout his career. He retired in 2016. Last year it is estimated he brought in between $500K to $1 million last year and has an estimated net worth of $10 million. He is famous worldwide, even in China and won a Grand Slam in 1992, making him one out of five male players to achieve this title. The Grand Slam included World Champion and World Cup winner in singles and Olympic gold in singles.

This 31-year-old tennis table player is one of the best at this sport. Not only did he win a Grand Slam in the Olympic games from 2012, but he also did it the fastest, which proves extraordinary talent. This is the reason why he managed to have an estimated net worth of $10 million. In December 2012, he was the number one in the world. Even though in 2014 he was stripped of his prize money for “inappropriately celebrating” his win at the Liebherr Men’s World Cup, which was an estimated $45,000, he is still doing an extraordinary job in being one of the greatest professional table tennis players.

This retired table tennis player is estimated to be worth approximately $20 million. He was the number one for almost 2 years so he is considered to be one of the best table tennis players in history. His playing style, which is a shakehand grip, as well as his attitude while playing has brought him a lot of medals and overall good results. He started his career very young and by the age of 15, he was playing in the Chinese league. Even though he ended his career in 2013 by choosing to retire, he is still mentioned in the international press as being one of the wealthiest as well as famous table tennis players.

She is a very famous table tennis player that is now 51-years old. She was an Olympic champion in China and at the 1988 Summer Olympics in Seoul, she won a gold medal in women’s tabletop singles and a silver medal in doubles. Even though she has been retired for quite a while she is estimated to have a fortune of $18 million, making her one of the wealthiest women that used to be a table tennis player.

She received a medal of silver in 1996 in Atlanta, at the Summer Olympics, making her the only one who managed to win a medal for Taipei.

He was a World Cup Champion three times between 2004-2012, which makes him one of the most successful table tennis players in the world. In 2010, he lost his number one spot, being replaced by another famous table tennis player, Ma Long. He has a lot of records. Three times he won the World Cup Championship (2007, 2008, 2010), and he won silver at the 2004, 2008 and 2012 Summer Olympics in singles. He is estimated to have a net worth of 1.5 million US Dollars. He is now having a pretty simple life, although he used to be of huge international interest, living in Beijing with his wife and children.

The 37-year-old German table tennis player is one of the most famous in this branch coming from Europe. Right now he plays for Borussia Düsseldorf, having one of the greatest rankings in Germany. He was number one three times throughout his career, in 2003, 2011 and the last time, just last year, in March 2018. He is known to be worth approximately $7 million, making him one of the richest table tennis players in Europe. His unique technique, being left-handed, has grabbed people’s attention – he is very well known for his quick backhand loop and that brought him most of his fame and wins.

He had a 35-year career and is known to have experienced incredible development when it comes to Belgian table tennis players. He ended his sports’ journey very close to the age of 50, at 49. He competed in seven summer Olympic games from 1988 to 2012. Jean-Michel Saive’s net worth is not known but based all of his stocks and his belongings, such as luxury goods and houses that he owns, it is thought to be close to $15 million and that is an outstanding source of money, but given his career-path and all of his wins, he definitely deserves it.