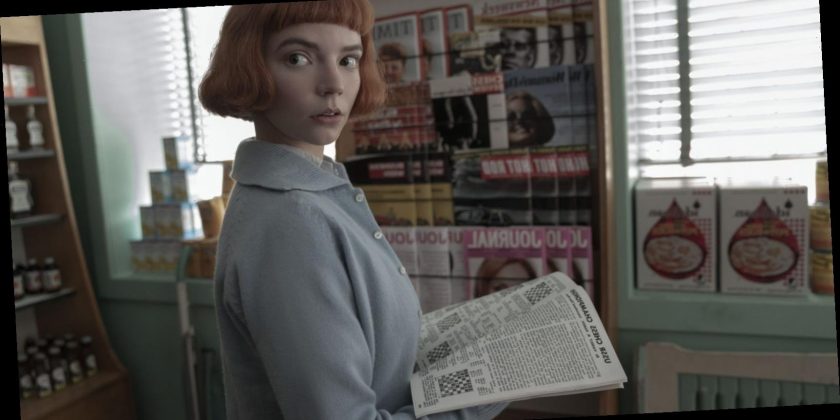 Stephen King is among those raving about The Queen’s Gambit, a new seven-part drama series on Netflix about the rise of a female chess prodigy (played by Anya Taylor-Joy) in Cold War-era America.

The new Netflix series, based on the novel by Walter Tevis, follows the journey of chess prodigy Beth Harmon (played by Anya Taylor-Joy), whose incredible skills put her on a collision course with veteran male champions in the Cold War era of 1950s and 60s America.

The compelling story was released as a seven-part drama earlier this week, and has already picked up a chorus of plaudits on Twitter – including praise from Stephen King, who described the series as “utterly thrilling”.

Chess might not seem like the most obvious topic for a drama (the title of the show – and the book before it – refers to a specific chess strategy), but the elated reception to The Queen’s Gambit shows that it’s ripe for the kind of  theatrics seen in the game itself.

Here’s everything you need to know about a breakaway new hit, and Netflix’s latest addition to its repertoire of powerful shows.

His House review: Netflix’s new horror film about refugees sees the ghosts that haunt us from within

What is The Queen’s Gambit all about?

As a young girl living in an orphanage in 1950s America, the odds are stacked against Beth Harmon. But her fortunes begin to change as adults begin to notice her extraordinary ability to play chess.

As a game of high-speed strategy and intelligence, chess is a sport that men have always assumed themselves to be masters of – and this was especially true in the 1950s. “Men are going to come along and want to teach you things; doesn’t make them any smarter,” Beth is warned, as her confidence in the game begins to flourish.

Soon enough, Beth is on course to become one of the world’s greatest chess players, smashing down gender barriers everywhere she goes. But as she grows older, a darker element emerges to her sensational success story.

Foisted into the glare of the public eye, Beth struggles with mental illness (“creativity and psychosis often go hand-in-hand,” she is told by one reporter), and at the same time develops an addiction to tranquilizers. These inner battles swirl around her as her notoriety in the chess world reaches fever pitch, and she prepares to go up against a Russian grandmaster in the ultimate showdown.

For a pithy summary of The Queen’s Gambit, the below Netflix video is also worth a watch.

Who stars in The Queen’s Gambit?

Taylor-Joy is mesmerising to watch as the film’s prestigiously introverted lead, Beth. Fans may recognise the Argentine-British actress from Peaky Blinders and 2015 horror film The Witch. Anya is joined by 12 Years A Slave star Bill Camp, who plays Mr. Shaibel, the orphanage janitor who first introduces Beth to chess.

Marielle Heller also joins the cast as Alma Wheatley, Beth’s adopted mother and a vulnerable housewife who struggles to keep up with her daughter’s rapid rise to chess stardom (Beth’s addiction problems are also mirrored  by Alma’s own struggles with drinking).

The cast also stars newcomer Moses Ingram, who makes an impressive debut as Jolene, Beth’s warm-hearted orphanage buddy who helps her to navigate the early years of her life in a children’s home. In later years, some familiar names appear as Beth’s chess opponents, including the uber-arrogant Benny Watts (played by Love Actually’s Thomas Brodie-Sangster) and Harry Beltik (played by Harry Potter star Harry Melling – so many Harrys).

Is there a trailer for The Queen’s Gambit?

There is, and it looks truly fantastic. Get a feel for the drama, below.

What are people saying about The Queen’s Gambit?

The show landed on Netflix earlier this week, and so far the reception on Twitter has been nothing short of euphoric. See below for an idea of the praise around this “stunning” and “fascinating” adaptation.

When is The Queen’s Gambit released?

The Queen’s Gambit came out on 27 October, and is available to watch on Netflix now.