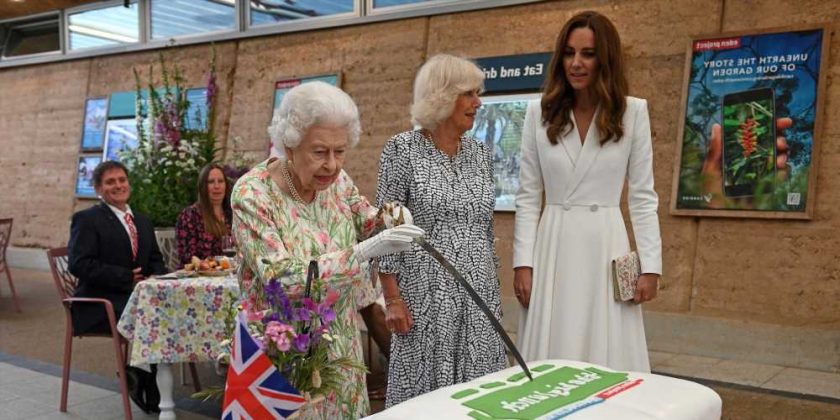 Good morning to Queen Elizabeth II only, whose preferred method of cutting cake appears to be grabbing hold of the nearest available sword and just going the f*ck off.

Her Majesty was filmed cutting into a truly massive cake during a recent engagement with Kate Middleton, Duchess Camilla, and the organizers of her upcoming Platinum Jubilee. And for reasons that continue to make absolutely no sense, but also make perfect sense, the Queen chose to cut said cake with the nearest available sword. Like, where did the sword come from and who did it belong to? Unclear. But when the Queen was informed that there was, in fact, a knife available for her to use, she shut the suggestion right down, saying, “I know there is. This is something that is more unusual.”

Fortunately, the entire moment was captured by royal reporters at the scene, including Sky News’s Thomas Newton who tweeted this gem of a video: