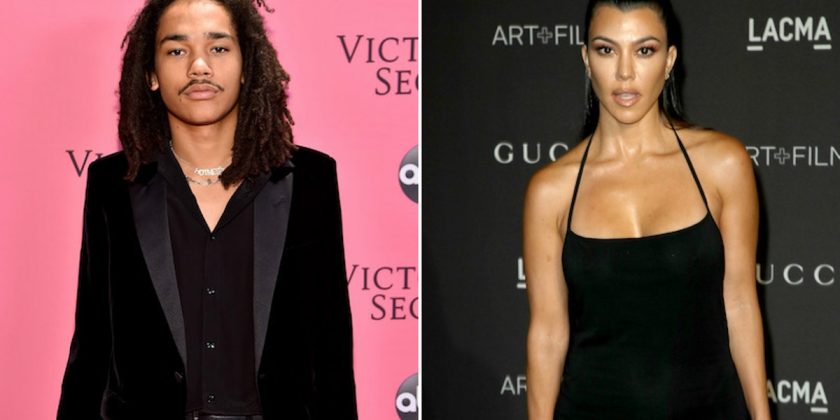 There are a few hobbies I’d say I’m an expert at. Incorporating shredded cheese into unexpected foods, finding the best massage deals on Groupon, and piecing together the Kardashians’ personal lives via their Instagram stories are at the top of my list. Such is the case with the photos of Luka Sabbat at Mason Disick’s birthday party. The 21-year-old Grown-ish actor has been linked to Mason’s mom and Scott Disick’s ex-girlfriend, Kourtney Kardashian, so you better believe fans raised their eyebrows when he popped up on her stories during her sons’ joint birthday party. Mason and Reign Disick turned nine and four years old on Dec. 14, and Sabbat was there to help them celebrate. Coincidence? I think not.

Kourtney broke up with her only other serious boyfriend besides Disick, Younes Bendjima, in August 2018. Shortly after, Sabbat and Kourt started popping up at various restaurants and outings together. Back in September, a source told E! News, "Kourtney isn’t looking for anything serious right now and is just enjoying her fun. Her and Luka laugh a lot and she’s enjoying her time with him. It’s easy for her since they have had a prior friendship for the past year now."

If the part about having a prior friendship is true, it’s quite possible Sabbat has his own rapport with Kourtney’s kids, simply from spending time with them. In Kourtney’s Instagram story of her sons’ joint birthday, Sabbat was spotted wearing an all-white ensemble while taking turns swinging at a piñata with Mason. 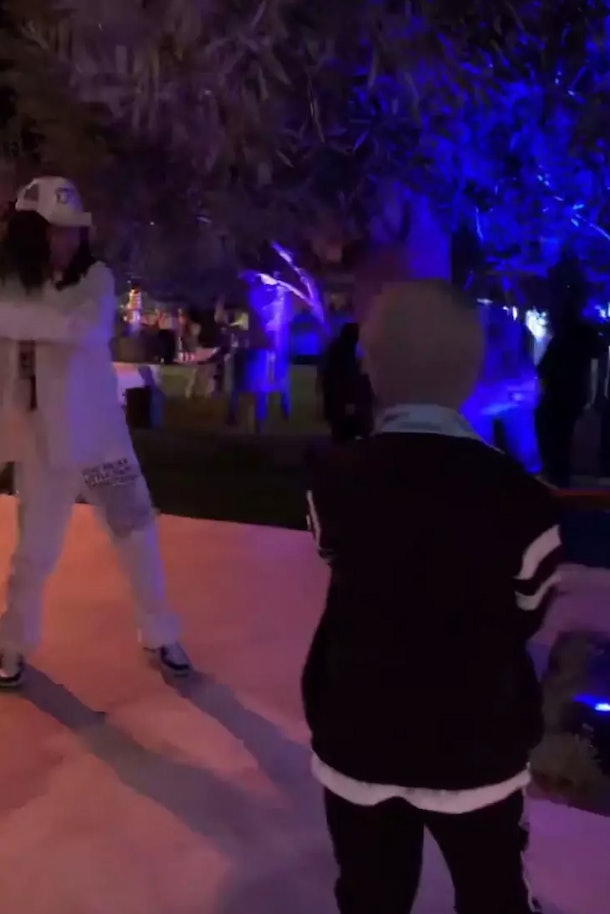 In fact, a lot of Kourtney’s family members including Kris, Khloé, and Kendall documented the night, too. The party’s theme was Mason’s (and every other kid in existence’s) favorite video game, Fornite, and featured a giant light-up dance floor, a young DJ, huge TV screens linked to the video game, and yes, lots and lots of piñatas. Sister Khloé shared this sweet video of Kourtney helping her sons blow out their birthday candles.

A post shared by Kourtney Kardashian Snapchat (@kourtneysnapchat) on Dec 16, 2018 at 4:55am PST

Previously, Reign also split a Tarzan-themed birthday party with his cousin Saint who just turned three on Dec. 5. Due to the younger cousins’ age similarity, it looks like Mason had a little bit more of his own customized celebration thanks to being the oldest.

However, I super digress.

The fact is, Kourtney is clearly comfortable enough to have Sabbat invited to her intimate family celebrations even with the media and press playing up their potential romance. In the past, the oldest Kardashian sibling has been extremely private about her dating life, so it does feel telling that she’s happy to catch Sabbat on camera hanging out with her kids.

Plus, Kourtney made a point to celebrate Sabbat’s own birthday, too, when the actor turned 21 on Nov. 26. According to E!, Kourtney attended his party at the Peppermint Club in West Hollywood and stayed for several hours. Clearly, these two have a thing about birthdays.

Speaking of, Kourtney’s big 4-0 is coming up in April 2019. Time will only tell if Sabbat is around that long.