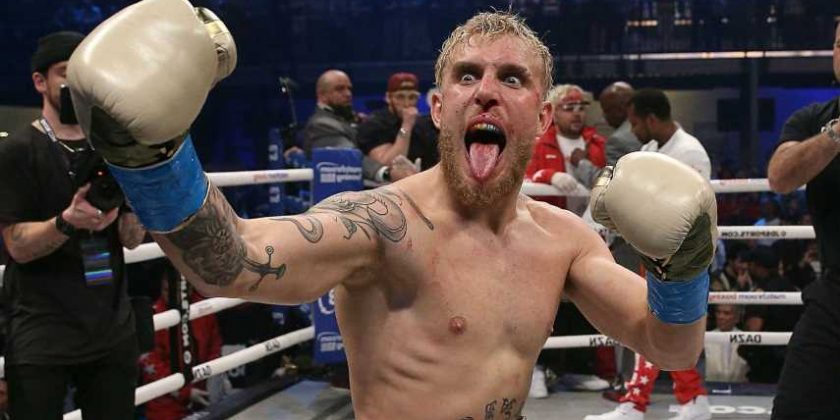 The Jake Paul car collection features one of the quickest and most expensive cars that can be found in any car garage. Jake Joseph Paul is an American YouTuber, boxer, and rapper. He became well-known by uploading short videos to the website Vine. The Disney show Bizaardvark featured him as a cast member at one point. His channel on YouTube has more than 20 million subscribers and has been viewed more than 7 billion times.

In 2018, Jake began his professional boxing career by earning a victory in a boxing contest against the YouTuber Deji. He gained yet another victory by defeating popular basketball player Nate Robinson and the former UFC Champion Tyron Woodley twice. Paul has also created a number of music videos, several of which have racked up millions of views on YouTube. His estimated net worth at the moment is around $30 million. Let’s take a peek inside Jake Paul’s insane car collection.

Paul has been seen driving a Dodge Ram 1500, which is consistent with his long-standing fascination with pickup trucks. The boxing superstar made sure he ordered the Black Ops edition of the all-American SUV, which was designed with inspiration from the armed forces of the United States. The base price of the vehicle is simply $40,000 and it offers complete luxury to Paul on his road trips.

Going off the beaten path is the best option. Because of this, Paul also possesses a dependable SUV in the form of a white Toyota Tacoma, which would have set him back approximately $50,000. The base model of the Toyota Tacoma comes equipped with a 2.7-liter inline-four engine that generates 159 horsepower and 180 pound-feet of torque. From the looks of Paul’s Instagram, it appears that this is the vehicle of choice for him whenever he wants to let loose and have some fun.

Electric vehicles are becoming increasingly popular among residents of the Los Angeles area. Moreover, the wealthier ones are abandoning their Toyota Prius in favor of the significantly more fashionable Tesla Model X. Paul had his vehicle wrapped by West Coast Customs Design, which is famed for having taken care of a number of celebrities on the MTV show “Pimp My Ride.” The one-of-a-kind car stands out from the crowd because of the carbon accents and sandblasted detailing that it boasts.

Jake Paul is the proud owner of a BMW M5, widely regarded as one of the world’s most sophisticated and powerful four-door sedans. More than 600 horsepower and 553 pound-feet of torque can be generated by the 4.4-liter Twin-Turbocharged V8 engine that is found in the BMW M5. This amazing and powerful vehicle can reach its top speed of 190 miles per hour and can sprint from 0 to 100 miles per hour in less than 3.4 seconds. The magnificent vehicle may be yours for the reasonable sum of $103,500, which is a reasonable price for such a potent four-door sedan.

In 2018, Paul pampered himself by purchasing a luxurious sports automobile. However, the bright blue Lamborghini Huracan Performante that he drives is without a doubt the most extravagant thing that he has been seen driving. The social media star had to wait six months to get his hands on one, but as soon as it arrived, he dubbed it his “dream car” and shared a video conveying his “emotion” that driving a Lambo was about to become a reality for him. The car has a maximum speed of 212 miles per hour, is equipped with 631 horsepower, and can accelerate from 0 to 60 miles per hour in under 2.5 seconds.

This luxury automobile features a V8 engine that is 4.5 liters. The power output of this engine has the ability to reach 562 horsepower, and the torque output can reach 398 lb-ft. It has a rear-wheel drive system, can reach a top speed of 210 miles per hour, and can sprint from 0 to 60 miles per hour in 3.4 seconds. Its top speed is limited to 210 miles per hour. The asking price for this car is $245,000.

The McLaren in Jake Paul’s garage has a V8 engine that is 4.0 liters in capacity. When pushed to its limits, this supercar is capable of reaching a top speed of 205 miles per hour and has the highest capacity of 850 horsepower. The McLaren 765LT also has the ability to attain these speeds in the most streamlined way. Jake Paul once claimed that one of the reasons he switched to the 765LT was because the 720S had ongoing unreliability issues and he wanted more reliability and luxury.

Jake is not only interested in fast or environmentally friendly automobiles. The internet celebrity has also been seen flaunting a classic Rolls-Royce Phantom that is white in color. It was a model of vehicle that he and his brother Logan were spotted driving for the very first time in 2018 when they showed up at a celebrity event in a gold Ghost variant. The opulence of it enamored Jake, so he decided to add a Phantom to his collection.

READ NEXT: Top G Car Collection: A Peek At The Most Expensive Cars In Andrew Tate’s Garage