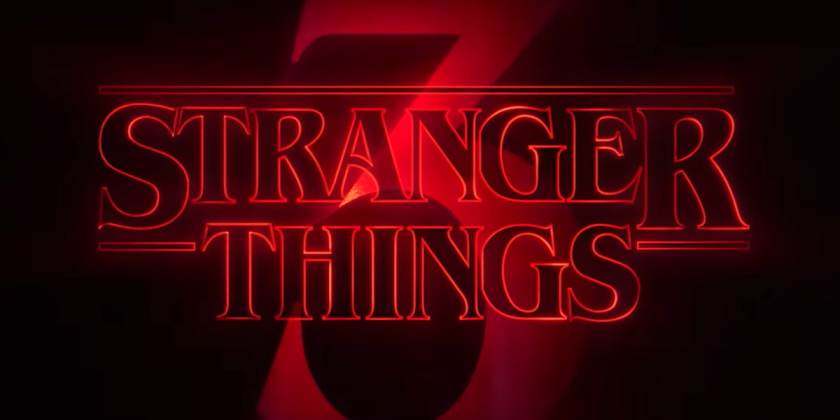 Get ready for a haunting in Hawkins, because Netflix just released all the episode titles for Season 3 of Stranger Things, and fans already have some creepy theories about the spooky-sounding titles. The newly revealed episode titles tease a possible new character, a new supernatural baddie, and an epic finale battle royale. Check out the new Stranger Things Season 3 trailer and see all the titles for yourself.

Although, sadly, the new Stranger Things trailer does not include any actual footage from the upcoming third season, it is still packed with new information about what is going to go down in Hawkins. As they did before the show’s second season premiered last year, the Stranger Things team released all of the Season 3 episode titles early so fans can start guessing at how the new run of episodes will unfold. The teaser also confirms that Season 3 will consist of only 8 episodes — which is the same length as Season 1 and one episode less than Season 2 — and that the new season will premiere in 2019, although we still don’t have an exact date.

Get your first look at the newly released Stranger Things Season 3 episode titles below, and then we can start trying to decode what they could mean:

Here are all the episode titles that the new teaser revealed:

Right off the bat, it looks like Season 3 will introduce a new character. The premiere episode references someone named Suzie, whom we have not yet met in the series. We have already heard about several new characters who will show up in Hawkins during Season 3, like the town’s sleazy mayor played by Cary Elwes, a morally corrupt reporter played by Jake Busey, and an "alternative" girl who works with Steve at the mall food court named Robin. It sounds like we can add this mysterious Suzie to the list of new characters as well.

Titles like "The Mall Rats" and "The Battle of Starcourt" also confirm that the Starcourt Mall will be the main setting for Season 3. This should not be too surprising, since the first teaser for the new season was an infomercial for the newly constructed Starcourt Mall, teasing how important the shopping center would be in the upcoming season.

The rest of the episode titles are a total mystery, teasing lifeguards, saunas, and a birthday will somehow all connect to the new plot. One of the titles that really stands out is "The Bite," which seems like it might be hinting at what kind of supernatural villain the kids may be up against in Season 3. Biting brings to mind horror icons like vampires or zombies, and zombies seems to be the better fit for the aesthetic of Stranger Things. Since the show loves its retro movie references, fans have already been bringing up iconic mall movies like Dawn of the Dead, making "The Bite" seem even more plausible as a zombie reference.

We don’t have a premiere date yet for Stranger Things Season 3, but the teaser confirms the new season will arrive on Netflix in 2019.