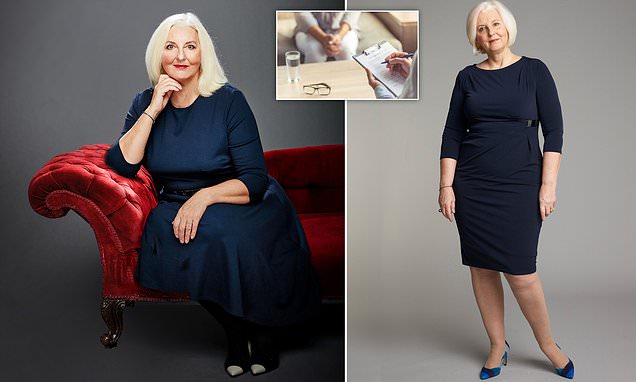 Diagnosed with depression, MARION McGILVARY paid for a shrink, but was left feeling feel worse than ever, it took five years to break free – Here, she reveals: The misery of being trapped in a toxic relationship with my therapist

I’ve broken up with a few therapists in my time, more times than I’ve ever broken up with a boyfriend. Luckily on the man front, they’ve helped me out by taking the initiative themselves on occasion, but therapists are habit-forming and about as hard to shake off as heroin.

OK, you don’t lose your house or your heart, but you do have to give up the confidante who keeps your sanity together. Or not. Because, sometimes that isn’t quite how things pan out.

I’ve had an on-off relationship with mental health issues helped ultimately by pharmaceuticals and some very good professionals who’ve supported me through the worst times. However, it has not always been easy and sometimes the very people who are supposed to help, actually hinder. A relationship with a therapist is a bit like marriage — except you pay weekly and don’t always have an amicable divorce. 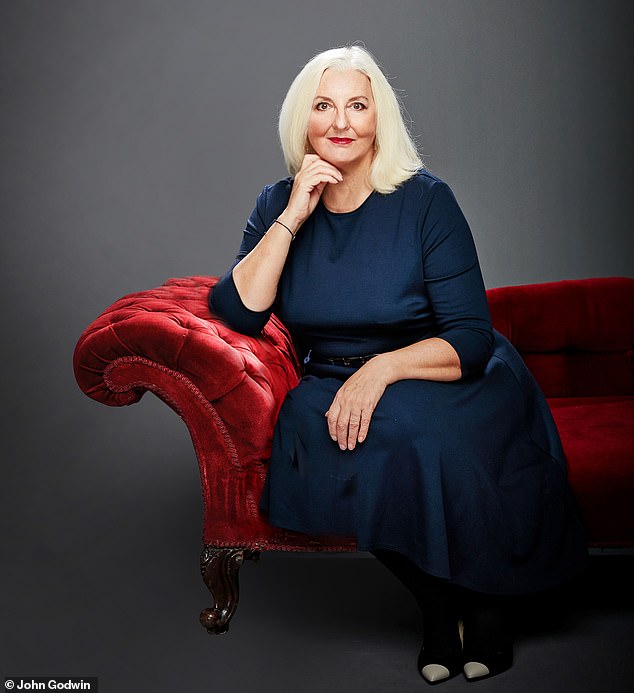 The first time I had the Samaritans on speed-dial (they were often engaged), the NHS sent me off to a basement in West London for something styled as ‘group therapy’. I was 35 and suffering from postnatal depression after the birth of my daughter. The group consisted of myself, two shrinks and a group of other disparate individuals, who had one thing in common — ovaries.

It was for mothers, as if that was an important unifying concept despite the fact we all had very different problems ranging from social anxiety to alcoholism and worse, such dire things that I can’t even mention them in a family newspaper — so much worse traumas than mine.

Every week I’d trot along like a little donkey to unburden myself, and come back like a pack horse laden with other people’s misery.

After a month of attending, I was not only depressed, but afraid I might have a drink problem, and some as yet unknown trauma in my past I’d repressed.

It wasn’t a success. I tried to leave. And that’s when my problems really began. One of the team leaders was a well-respected child psychotherapist, who had trained at a renowned institution and she suggested I wasn’t well enough to give up therapy, but instead should work with her individually.

You need help, she said, in the sepulcharal tones I would become used to.

I did, too. I was struggling. I had four small children and could barely get through the day. I was worried I was giving off sadness and despair like a foul odour, defiling all those around me. I was in crisis. 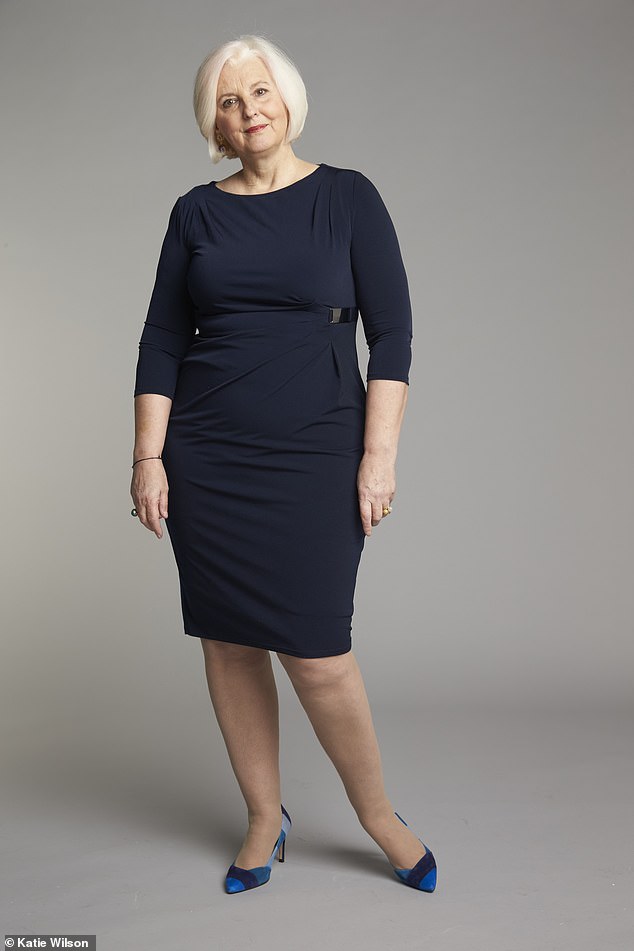 Was I that crazy? I must be but a hop, skip and a jump from being sectioned, I thought, and sunk even further into the morass of anxiety and fear. Not least because I could no more afford three slots of private therapy a week than I could a private jet. I had no income.

I was a housewife (no wonder I was loopy) and I couldn’t afford a haircut, let alone therapy. But she insisted and gave me a special price, a price I paid by taking in a lodger (every penny of which went to her), and began the long slog into full-blown shrinkage.

The theory of all this yacking was, so she said, for me to internalise a good parent, which I guessed she was proposing to be. I had a perfectly good set of parents and didn’t necessarily need any more, especially since the real ones babysat and did odd jobs and the therapy parent did nothing. Really. Nothing. She didn’t even speak unless prodded.

I asked her once what sort of therapist she was and she didn’t answer, but told me it wasn’t important. I immediately felt chastened, as though I’d stepped out of line, and then predictably as I would soon discover, she asked me why I thought this was important. That would seem obvious to any sane person giving money to another to counsel them, but I wasn’t terribly stable at the time, and she was the ‘expert’. 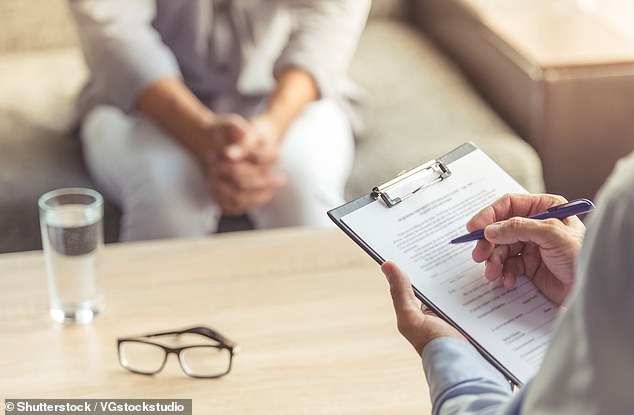 Marion reduced the number of times a week she attended therapy sessions to one, after visiting her therapist for three years (file image)

There was a couch. I lay on it. I spilled my guts. My shame. My insecurities. My lack of self-esteem and the trouble I had as a basically uneducated young woman with four children married to an intellectual man, who had a ‘big’ job with huge responsibilities, which I never felt I could match up to.

I wore inferiority and inadequacy like a big flappy dress.

So you’d think a therapist would help with this. Mmm, not so much. Every question elicited another question. Nothing was straightforward. If I complained that my husband was never there, she told me what good work my husband was doing and merely made me feel like the ungrateful handmaiden who wasn’t pulling her weight.

per cent of Britons have consulted a therapist or counsellor

And sometimes when I was talking, she fell asleep. I could hear her breathing soften, but would lie there afraid to say anything.

I turned once, and saw her eyes closed, then lost my temper both with her and myself for being so weak. But she merely told me I was being boring.

So I should have left, yes? Darn right, I should have left. But I didn’t. I was caught like a butterfly in a net, afraid to leave and actively discouraged. When I mentioned it, she told me she didn’t think I would manage without her. I believed her.

Three years passed and I managed to prise myself away from three sessions to one, though mystifyingly, I was still paying the same amount. I got a great job as a restaurant critic for the Financial Times and my life blossomed, but I was still trekking up to Hampstead, the spiritual homeland of psychotherapists, and still hooked on trying to be pronounced ‘well’. However, instead of lying on the couch, I was now sitting in her bedroom. 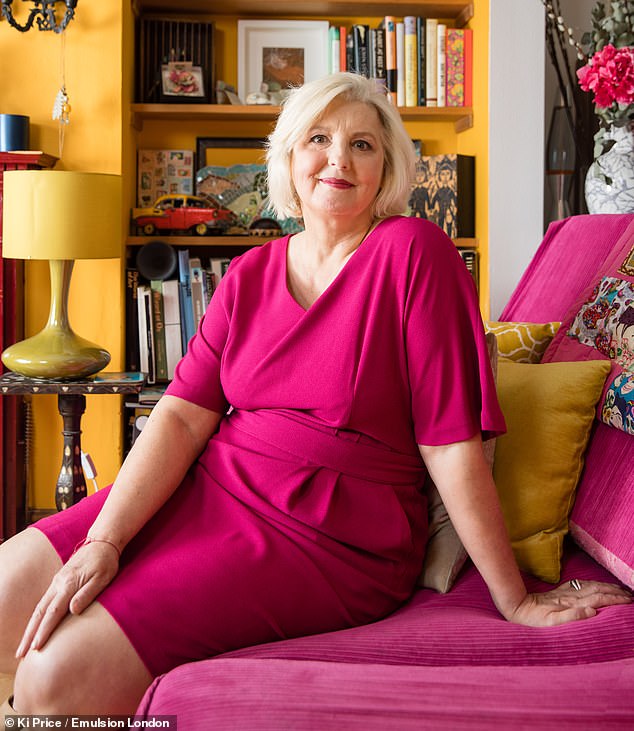 What I haven’t mentioned is that in the early days of our meetings, my therapist became ill. She had a neurological illness that slowly incapacitated her, and after she could no longer get out of bed, she asked if I would mind seeing her in her bedroom. I did. I minded terribly, but I didn’t know how to say no.

You’re probably thinking I’m a wimp. And I was. But you have to remember that when you’ve had a bad breakdown, your world crumbles, along with parts of your identity and I had handed myself over to this woman, whom I’d met in a NHS clinic, and whom I thought I could trust. I didn’t find out till years later that she was completely out of line, and breaking all the rules.

She should not have been seeing me as her health failed. Perhaps she thought she was taking care of me, but in the end, I felt I was taking care of her. I was desperate to leave, but didn’t want to upset her. She became another person I felt responsible for. And she still told me I wasn’t strong enough to leave, even as she asked me to move her leg for her because it was painful. So I tended her.

To this day, I don’t know how I managed to finally free myself. It’s a blur now. But eventually, five years later and very much against her advice, I stopped going. I had to give notice. 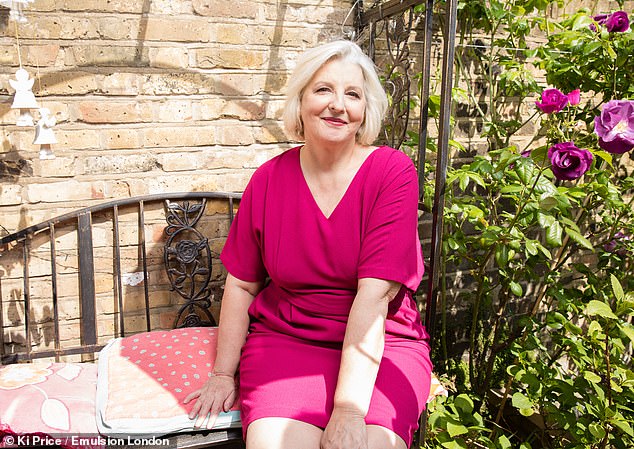 I wanted a month, she wanted a year. Every time I took time off I had to pay her. But in the end spending two months in the States with my family seemed like money well spent and eventually I wriggled away and left.

And I was fine. I felt liberated. Like a weight had been taken from my shoulders. Without all that soul searching I no longer had to keep picking at scabs.

Yes, I felt bruised, like I’d been abused by someone who was supposed to take care of me. But I was happy. I had a great job. A fun life with some spending money to burn and the children were older and easier to care for.

I wrote off that period of my life as something to be marginally ashamed of — not because I’d had mental health problems, but because I had let those problems weaken me and allow me to become exploited.

Time passed, maybe 18 months or so, and I’d put her firmly behind me, when out of the blue a letter arrived. It was from my therapist, asking me to visit. Not just once, but regularly.

I wanted to emigrate. Run. Dig a hole. Bury myself. And yet, I felt obliged. She was sick. It seemed the least I could do.

What followed was excruciating, almost worse even than listening to a snoring therapist, worse than hours spent crying, worse than having to confess horrible truths. 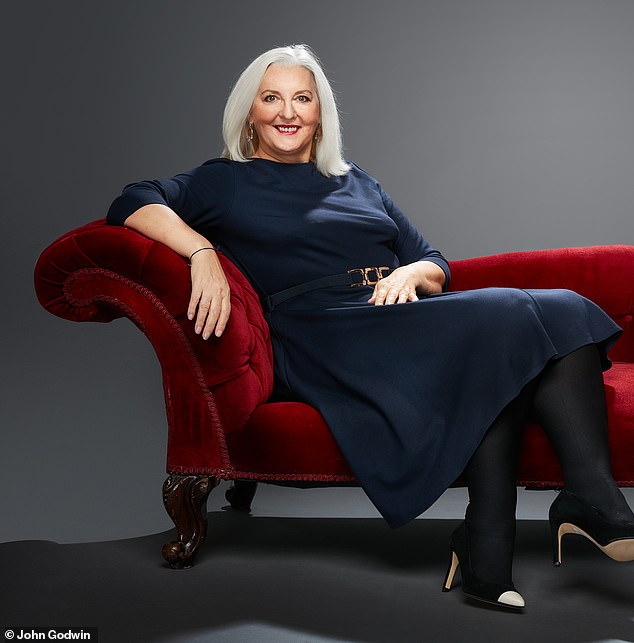 She asked me to keep visiting, to make a schedule. I couldn’t and finally I spoke up and said I couldn’t visit her again. And yes, horrible person though I am, I did it almost gleefully, running to my car and zooming off into the distance like a cowboy at the end of a Western.

I subsequently learned that she had died. I should feel guilty, but I don’t. Sad, yes, but my memories of that time are not good, so I can’t regret that I didn’t go back and see her.

Since then, though many decades later, I have unfortunately found myself once again in the mental health establishments of West London with a therapist recommended by a friend.

This therapist has been nothing but healing and nurturing. She has become extremely dear to me — finally the internalised good mother, that I didn’t think I needed, but seem to have found space for.

I’ve left her several times, always on good terms and gone back as the need arises. She’s retiring soon, so the end is nigh. However, we’ve already agreed we will meet for a glass of wine after the therapy stops and the relationship changes.

I’m sure that we’re breaking another therapy rule, but we’ve both agreed on this, as equals, so this time, I’m definitely going to have a happy ending.