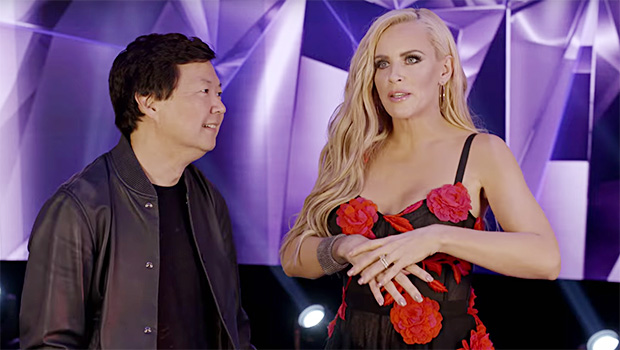 ‘The Masked Singer’ is undoubtedly going to be your next TV obsession. HollywoodLife has an EXCLUSIVE preview of the series that has celebs transforming themselves in epic costumes in the coolest singing competition.

What is The Masked Singer all about? Well, this EXCLUSIVE first look is going to explain all of that. The series, premiering Jan. 2, 2019, is not just a singing competition. In the words of host Nick Cannon, it’s not “just a whodunnit, this is a whosungit.” Already obsessed? Us, too!

“The show starts with 12 celebrities dressed in elaborate costumes, and we don’t know who’s under the mask,” panelist Robin Thicke says in our EXCLUSIVE video. “It could be an athlete or a singer.” Fellow panelist Nicole Scherzinger adds that it could be people in broadcasting or a magician. “The clues are everywhere, from their costumes to the packages,” she says. Keep your eyes peeled for those clues! They’re the key to this guessing game!

This show is all about figuring out who’s behind the mask. “Another fun part of the show is the fascinating costumes that the celebrities have to wear,” Nick says. These costumes are EPIC. They’re so elaborate and detailed. The best part about this new series is that you get to play detective in this amazing “musical mystery.”

Nick, Robin, and Nicole will be joined with panelists Ken Jeong and Jenny McCarthy as well. This top-secret celebrity singing competition is one you simply cannot miss in 2019. To give you a tiny hint about who the celebrities are, the stars behind the masks have a combined 65 Grammy Award nominations, 16 Emmy Award nominations, four stars on the Hollywood Walk of Fame, and four Super Bowl titles. That narrows it down just a tiny bit! There’s only a handful of weeks left of 2018, and the new year is blessing us with The Masked Singer!