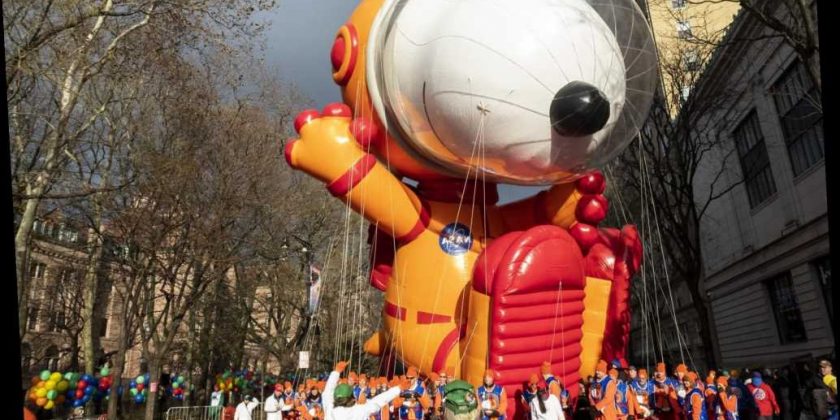 The 2020 Macy's Thanksgiving Day Parade is still on.

The popular event, which takes place annually on the November holiday, is scheduled to move forward this year — but with changes implemented to ensure the health and safety of those working and watching the iconic event amid the ongoing coronavirus pandemic.

"For more than 90 years, Macy's Thanksgiving Day Parade has kicked off the holiday season with its signature entertainment spectacle, making it one of the world’s most beloved events," the company said in a statement on its website.

"Following our successful, safe and innovative production of Macy's 4th of July Fireworks, it is our intention to similarly reimagine Macy's Thanksgiving Day Parade this November," the statement continued, noting that more details would be made available later this fall.

The 4th of July event was staged as multiple smaller celebrations across New York City, and was spread out across several days instead of just one.

New York City Mayor Bill de Blasio said on Thursday that the city will likely scale back the event, as well as the Rockefeller Center Christmas tree lighting ceremony, in an effort to prevent crowding that could fuel another outbreak during the current health crisis.

Asked about the holiday events during a press conference, de Blasio said, "I think everything is going to be different is the simple answer."

"I think some [are] going to be virtual, it might be some small in-person pieces, spread-out pieces," he added. "It's not going to look at all, of course, like what we are used to. But the important thing is the traditions will be kept in some way."

The famed holiday parade started in 1924 and has been televised nationally on NBC since 1953.

With giant characters and novelty balloons, decorative floats and popular performers making the parade special each year, fans of the event are curious to see how the creative team behind one of the biggest and most celebrated holiday events goes forward with their plans.

New York City was once the epicenters of the coronavirus outbreak in the United States, but has drastically reduced its number of active cases after months of strict measures to contain the virus.

During the worst three weeks of the pandemic, from March 22 to April 11, the city averaged over 33,000 new cases and 2,500 deaths each week, according to data from NYC Health.

This story originally appeared on People.com

This Story Originally Appeared On people