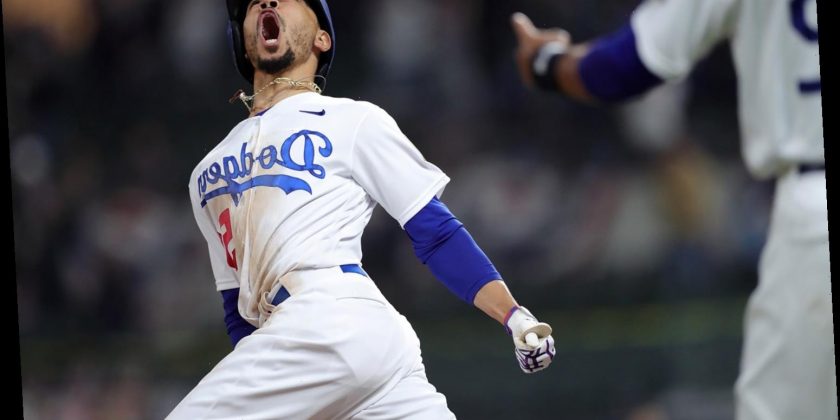 For the first time in 32 years, the Los Angeles Dodgers are the best team in the MLB.

On Tuesday, the Dodgers beat the Tampa Bay Rays 3-1 to win the 2020 World Series, which took place at Globe Life Field in Arlington, Texas.

The Dodgers now join the Lakers as the second Los Angeles professional sports team to win a championship this year. The win also comes nine months after the death of Kobe Bryant, who was a staple of the city since joining the Lakers in 1996.

The Dodgers earned their ticket to the World Series by beating the Atlanta Braves, who blew a 3-1 lead in the National League Championship Series. The Rays beat the Houston Astros in seven games to represent the American League at the Fall Classic.

The World Series opened with the Dodgers winning Game 1 with an 8-3 score, but Tampa Bay quickly bounced back the following night to win the second game 6-4. While Los Angeles won Game 3 by four runs, it's Game 4 that baseball fans will likely be talking about for many years to come.

After going back and forth all night, the Rays entered the ninth inning of Game 4 trailing 6-7. With two runners on base and two outs, Tampa Bay was on the verge of losing the matchup and going down 3-1 in the series. But Rays' outfielder Brett Phillips sent a ball flying down center field just when it was needed most, allowing Kevin Kiermaier to tie the game 7-7. Unfortunately, Chris Taylor of the Dodgers mishandled the ball, giving Randy Arozarena of the Rays just enough time to dash for home base.

Yet, Arozarena tripped and fell to the ground as he tried to score, and would have likely been tagged out if Dodgers catcher Will Smith hadn't dropped the ball after it was thrown to him.

In the few seconds it took Smith to recover, Arozarena managed to run the rest of the way, winning the game for the Rays with a final score of 8-7. The wild inning was quickly called "the most chaotic ending to a baseball game" many fans have ever seen.

With the series tied 2-2 in Game 5, the Dodgers managed to earn a decisive 4-2 victory over the Rays, placing them a single win away from the championship.

While Los Angeles was the favorites to win it all heading into the series, Dodgers fans know that meant little, especially when it comes to the championship.

The Dodgers came up short in their last two World Series appearances in 2017 and 2018, losing to the Astros — who later were found to have been cheating throughout their season — then the Boston Red Sox, respectively. The 2020 championship is their first World Series win since 1988.

All of this year's World Series games took place at Globe Life Field to limit travel during the coronavirus pandemic. Only a small number of fans were allowed to attend each matchup, totaling just over a quarter of the stadium's maximum capacity.

The Dodgers and the Rays have never faced off in a World Series and have a limited history of playing against one another. Over the years, the franchises have only gone head-to-head just 17 times, with the Dodgers winning 10 of those games, according to the Associated Press.