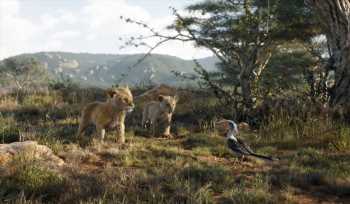 Disney’s “The Lion King” has roared past $130 million in international ticket sales ahead of its domestic debut, led by $76.6 million in its first week in China.

Other markets began launching Wednesday, led by France with $8.3 million in its first two days with the second-biggest opening day for a Disney movie after “Avengers: Endgame.”

Australia opened with $5.5 million in its first two days, including the biggest opening day for a Disney branded live action film ever. Brazil launched with $4.5 million for the second highest industry opening day of all-time, behind only “Avengers: Endgame.”

Most international markets will be open this weekend, including the U.K., Spain and Mexico. “The Lion King” took in $23 million in North American locations in Thursday night preview showings in what was the biggest preview number since Disney-Marvel’s “Avengers: Endgame” set the record on April 27 with $60 million.

“The Lion King” is expected to debut with $150 million this weekend in North America. Some forecasts estimate the tentpole will pull in as much as $180 million as it launches in a record 4,725 domestic locations.

“The Lion King,” directed by Jon Favreau, is a photo-realistic remake of Disney’s classic 1994 animated hit. The story is centered on a young lion named Simba assuming his role as the king of the Pride Lands animal kingdom after his father, Mufasa, is murdered. The voice cast includes Donald Glover as Simba, Beyonce as Nala, Chiwetel Ejiofor as Scar, Billy Eichner and Seth Rogen as Timon and Pumbaa, and James Earl Jones as Mufasa.