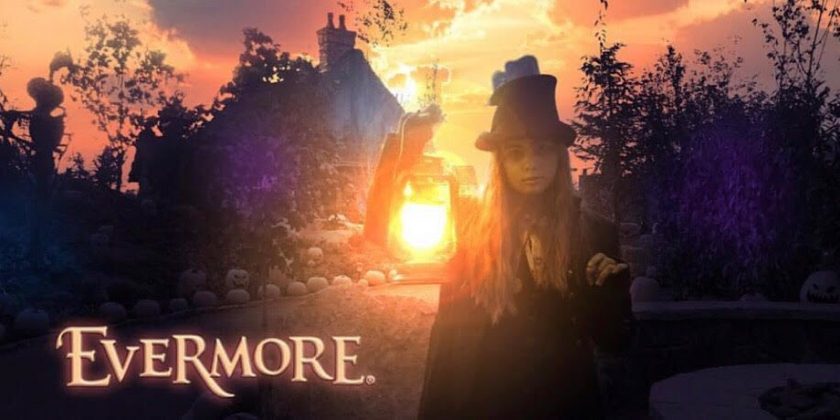 In Salt Lake City Utah, amusement park fans will find what is being referred to as a star attraction, which as it turns out is not a thrill ride but is instead a tavern known as the Crooked Lantern, located in Evermore. What does this have to do with theme parks and amusement rides? Well according to the Bulletin, the adventure and elaborate set up one must go through just to visit the bar is perhaps an innovative idea for the future of amusement parks, and certainly a concept for theme park designers to pay attention to.

Picture a renaissance fair, except this one consists of permanent buildings built over a dozen acres, possessing a Disneyland styled attention to detail. There are no rides, yet, though it is speculated that they are in the works. This is what Evermore is going for. The emphasis is placed on play and human interaction. Evermore is a quirky old-English town that has crooked roads, catacombs, and a busy population of fantastical characters and creatures.

In order for visitors to set foot in Evermore, they must become completely immersed, as this is not a theater-like experience. Visitors must become one of Evermore’s central characters, committing to game-like quests and role play. Evermore is a form of an alternate reality envisioned “by video games and teased or warned, by TV’s Westworld,” cites The Bulletin.

Meet the notorious Vampire Slayer, Hedrek, modeled by our Character Card Contest Winner, Keith L. Jensen and designed/painted by Miles Woods! What kind of character would you play in the world of Evermore? #evermorepark

Many believe that Evermore will forever change how people view theme parks with its non-screen based experience focused entertainment combined with theme park design. The rise in interactive theater and activities such as escape rooms continue to pop up across the United States. The production of “Sleep No More” is said to have spawned an immersive entertainment movement.

Evermore is not the only occurrence of this new wave of theme park going. Its influence has reached California. Knott’s Berry Farm in Buena Park has transformed its Old West-themed area into Ghost Town Alive! for the last three summers. Meanwhile, in Santa Fe, New Mexico, Meow Wolf has turned a bowling alley into what’s referred to as House of Eternal Ruin, which is an art gallery turned indoor theme park that allows visitors to step into a fridge, entering into an Alice in Wonderland-like universe where they have to uncover an X-Files like mystery. This particular attraction is such a hit that Meow Wolf plans to expand to both Denver and Las Vegas.