The Ford F-Series Super Duty is a heavy hauler that hauls in the cash for Ford.

Ford reports total U.S. sales for the F-Series that combine the F-150 and Super Duty lines, but said the Super Duty alone generates more annual revenue than Southwest Airlines, which was more than $15 billion last year.

Ford claims the new Super Duty will have the most power and the highest payload and towing capacities of any truck in its segment, but has not revealed the final numbers yet. 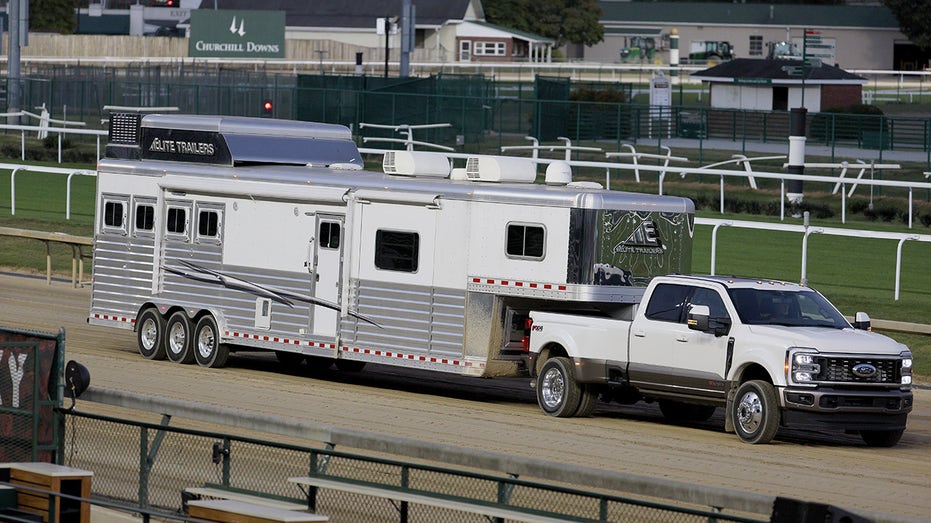 Ford revealed the 2023 F-Series Super Duty at Churchill Downs near one of the factories that builds it. (Andy Lyons/Getty Images / Getty Images)

It is being offered with a range of gasoline and diesel engines, but unlike the F-150, cannot be had with a hybrid or electric powertrain.

Ford CEO Jim Farley told FOX Business the automaker is still aggressively investing in internal combustion engine vehicles, even as it introduces electrified ones, because he does not see the future of the industry as monolithic. 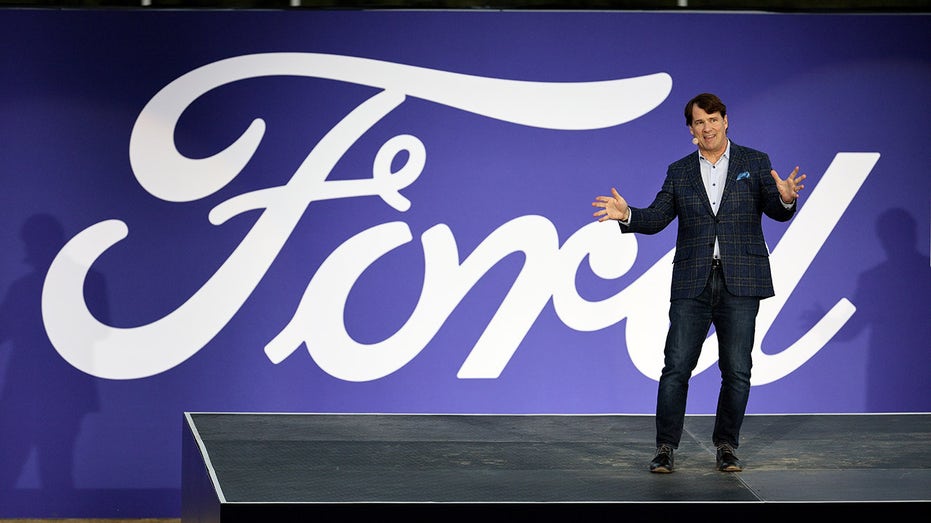 "Not all segments will go to electric at the same time, and some may never," Farley said.

"If you’re towing a fifth-wheel trailer, or you have a bucket body on the back of a chassis cab Super Duty, an electric vehicle makes almost no sense," he added, citing driving range a key factor.

Farley pointed out that even in California, where the government recently passed an electric vehicle mandate on light vehicles that will be fully in effect in 2035, internal combustion still has a future. 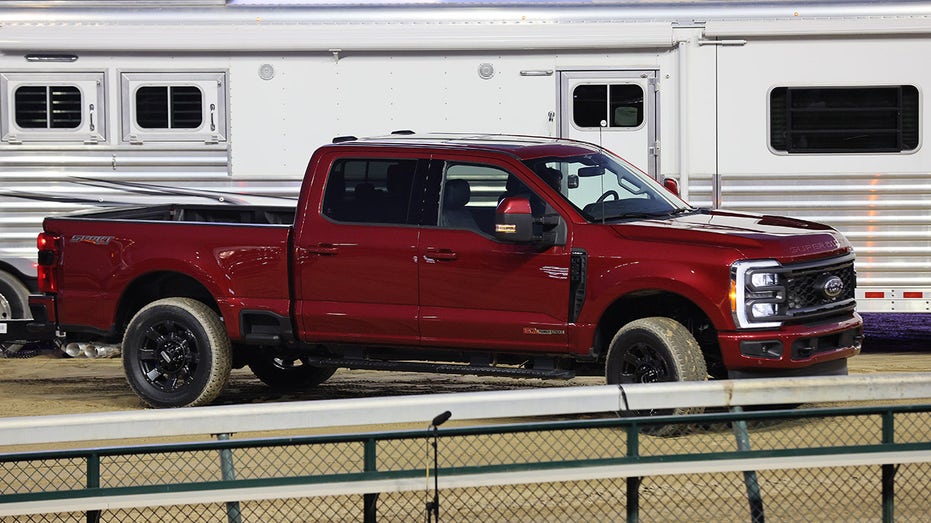 "One of the biggest Super Duty markets for Ford, globally, is California's Central Valley, one of the most productive agricultural regions in the world," Farley said.

"Last time I checked, there's a big asterisk to the California law that says it's for light duty vehicles only, which excludes trucks like the Super Duty."

Ford has been struggling to keep up with demand amid the ongoing parts shortages affecting the entire auto industry, but the F-Series line remains a priority. It has even taken to building them without all the chips required and filling the lots at the Kentucky Speedway near the Louisville factory that builds them on occasion until the parts come in and can be installed.

"Clearly, as the best-selling truck in America for 45 consecutive years with F-Series, we're trying to produce every F-150 and Super Duty that we can, and we really want to get as many of the new ones with all of the new features out there as possible," Ford Truck Group Marketing Manager Todd Eckert told FOX Business.