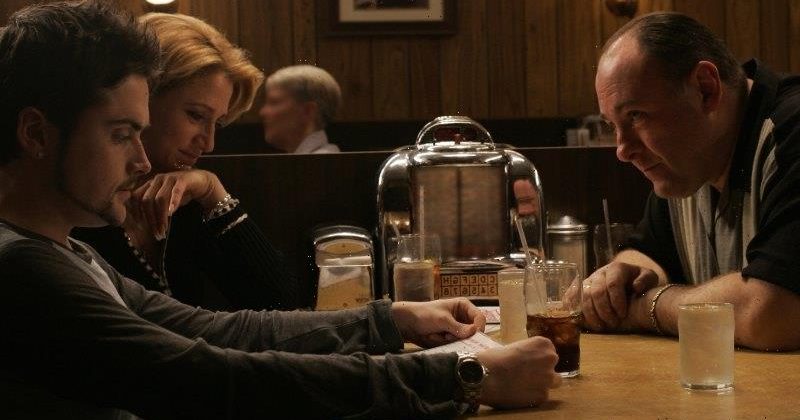 For all the joy a great TV series brings into your life, there is an undeniable sadness that follows once it’s finished. An emptiness pools in your stomach as you realise the ‘next episode’ button hasn’t flashed up on your screen, and it never will again. 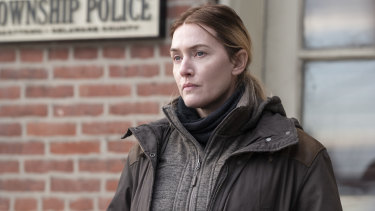 Viewers loved Kate Winslet in Mare of Easttown but the show was over after just 7 episodes. Credit:HBO/Foxtel

Like breaking up with a lover, farewelling your favourite series triggers the five stages of grief: denial, anger, bargaining, depression and, finally, acceptance.

To make matters worse, the current trend in television is to keep things short and sweet.

We fell hard for Kate Winslet’s damaged detective in Mare of Easttown, but after just seven episodes, she was gone forever. Our stay at The White Lotus lasted six episodes, but then we were forced to check out for good. Meanwhile, Nine Perfect Strangers is limiting us to eight strong episodes and nothing more.

So, rather than let you wallow alone in self-pity as you polish off another must-watch series, we’re preparing you for what follows once the final credits roll.

First up, you’ll try to convince yourself that a mistake has been made, rushing online to read several ‘finale explainer’ pieces.

Even as the evidence mounts, a small part of you refuses to give up; there must be an explanation. Perhaps the most famous, or infamous, example of finale-denial followed the ending of The Sopranos back in 2007.

Show creator David Chase burdened a generation of viewers with serious angst when he chose to end the finale with an ambiguous fade to black, leaving Tony’s (James Gandolfini) fate up in the air. So controversial was the move that some cast members were convinced it was a technical glitch. 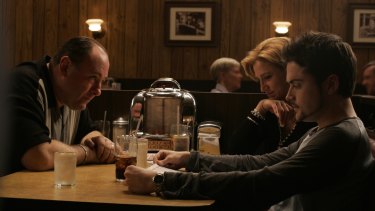 A scene from the final episode of The Sopranos. The finale remains highly contentious.Credit:HBO

This is the stage where your denial morphs into a simmering rage. You’ve just committed hours of your precious time, only for your favourite show to fall at the final hurdle.

Anger was undoubtedly the dominant emotion back in 2019 when Game of Thrones stumbled to a disappointing end.

In fact, the viewer outrage following the Thrones finale was so intense that a Change.org petition to remake the final season with new writers attracted nearly two million signatures and prompted a response from HBO’s head of programming Casey Bloys.

“The petition shows a lot of enthusiasm and passion for the show, but it wasn’t something we seriously considered,” Bloys said. 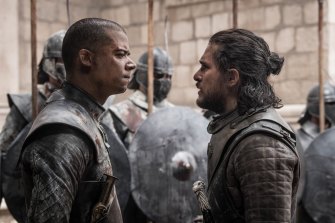 Fans of Game of Thrones were less than impressed with the epic series’ finale.Credit:HBO/Helen Sloan

Bargaining: “Please let there be another season?!”

Once the anger has subsided, you begin clutching at straws, convincing yourself that in this day and age, nothing ever really finishes.

Yes, you’re well aware that shows like The Undoing or The Underground Railroad were limited series with finales that neatly tied up all loose ends, but that doesn’t stop you from throwing Hail Mary searches into Google.

“Please let there be another season,” you whisper to yourself. The deeper you get into the search results, the more desperate you become, scouring for any sniff of a spin-off, sequel, or even – gasp! – a Christmas special.

Eventually, you give up and resign yourself to the next best option: stalking the show creators’ IMDB profile and watching everything else they’ve ever made.

Rock bottom is reading rather than watching.

Unable to snap out of your funk but with your viewing schedule wide open, you decide to lean on an old faithful: The Office.

The undisputed king of the rewatch, The Office (the US version) is the perfect gateway to get you back in the swing of things.

After rewatching all 201 episodes of The Office, you may finally feel at peace with your grief and ready for something new. As Michael Scott helpfully reminds us: “Society teaches us that having feelings and crying is bad and wrong. Well, that’s baloney because grief isn’t wrong. There’s such a thing as good grief. Just ask Charlie Brown.”