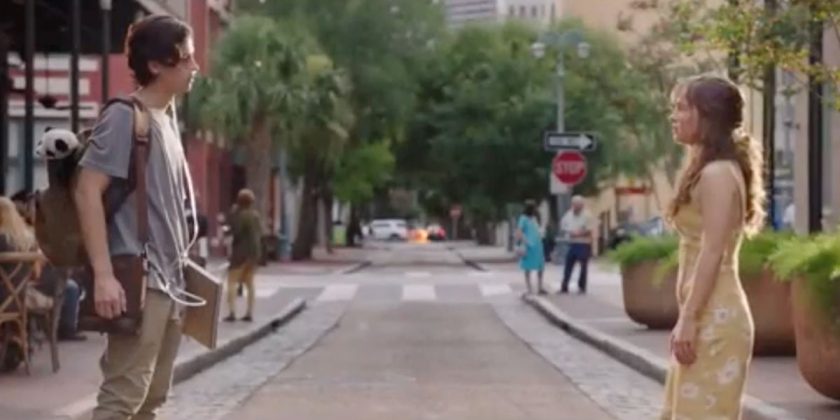 Here we go! The first trailer for #FiveFeetApart drops TOMORROW… I can’t wait to share this beautiful story with you all! @fivefeetapartfilm @cbsfilms @wayfarerla #getyourtissuesready

It’s been four long years since The Fault in Our Stars broke our hearts into teeny-tiny pieces, and now it looks like another medical-tinged romantic drama has arrived to shatter us once more.

In Five Feet Apart, directed by Jane the Virgin‘s Justin Baldoni, 17-year-old Stella (Split‘s Haley Lu Richardson) is stuck living in a hospital due to her cystic fibrosis diagnosis. It’s a boring existence of routines and boundaries, until she meets Will (Riverdale‘s Cole Sprouse), a charming teenager who also happens to have CF. Even though there’s an instant attraction, the pair have to keep a safe distance between them because of their illnesses, which only makes their Romeo and Juliet-esque romance all the more intense.

The first full trailer doesn’t drop until Friday, but in the meantime, Baldoni shared a sweet glimpse of the film via Instagram. “Here we go!” he captioned the brief clip. “The first trailer for #FiveFeetApart drops TOMORROW… I can’t wait to share this beautiful story with you all!” Watch it above!