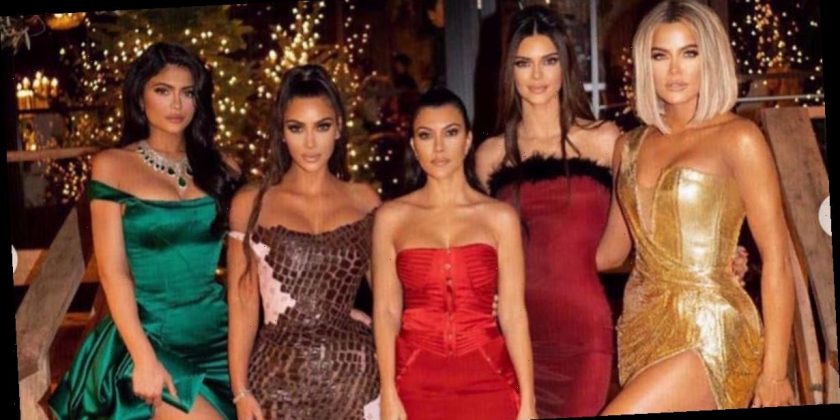 Who can throw the best birthday bash? The Kardashian clan can. Reality queen Kim turns 40 on October 21 and is giving fans a sneak peek into her outrageous celebrations in a special episode of KUWTK.

TV channel E! teased at a glittering party planned for the superstar, who sweeps into a tent wearing a strapless gold dress. She’s also seen doing high kicks with her sisters – could it be a cabaret soiree?

The famous family’s multi-million dollar parties might be a bit out of our price range, but the over-the-top events have inspired us to create our own dream bashes on a budget.

From a baby theme park to glittering Gatsby gowns, we’ve picked our favourite Kardashian-hosted parties to help us celebrate in celebrity style.

Kylie’s mini-me was whisked away to a Los Angeles warehouse for a birthday party themed on her pretty face.

The lucky girl had a carousel-inspired cake and guests enjoyed Chanel gifts and a look at the cute – if slightly creepy – giant inflatable Stormi head.

Stormi World was a success for Stormi's 1st birthday, too. Here's hoping the theme park returns for year three. Let us in, Kylie!

Kylie had lots of birthday cakes for her 21st. We saw a tiered Barbie cake with Kylie on top, throwing up in a toilet – lovely – and a custom bake covered in edible models of her Kylie Cosmetics make up.

Finally free to drink alcohol in the States, Kendall Jenner likely suffered a sore head after her 21st birthday celebrations in West Hollywood.

The supermodel sparkled in a silver sequined dress (reportedly worth $9,000!) and got so drunk she forgot about the Rolls-Royce gift she got from a complete stranger.

Ex-boyfriend Harry Styles showed up to give his happy returns, along with Kendall’s many Victoria’s Secret model mates.

Kourtney had a glamorous bash to celebrate her landmark birthday, but there were plenty of jokes hidden in the decadent decor.

The Poosh founder had a raunchy bathtub birthday cake with a naked Kourtney on it, while custom wine bottles called the star “the most interesting to look at.”

The bottles hit back at Kim’s comment that Kourtney was “the least interesting to look at” on their reality show.

Napkins bore Kourtney’s iconic KUWTK quote, “Kim, there are people that are dying.”

Momager to her famous girls, Kris Jenner is said to have spent a staggering $2 million on her 60th birthday party.

Held at The Lot in West Hollywood, the Great Gatsby-themed bash was a black-tie do with jaw-dropping entertainment all night, a custom dance floor with white furniture, fabulous flower wall and a balloon-filled ceiling.

Spice Girl Mel B, John Legend and Chrissy Teigen popped by in their twenties attire, and Kris’ girls dressed up in eye-wateringly expensive gowns covered in Swarovski crystals.

After a flowing champagne reception, Kanye West stepped up to perform for his mother-in-law with his funk friend Charles Ken Wilson, aka Uncle Charlie.

Christmas Eve with the Kardashians

Kris Jenner works harder every year to ring in the holidays and in recent years the family have enjoyed snow machines, a churro stand, a grinch and Christmassy party bags full of treats worth up to $300,000 each.

Last year, Sia dropped by to sing for the stars and the festive party – hosted by Kourtney – included an upside down Christmas tree, carolers in top hats and a real-life Elf on the Shelf.