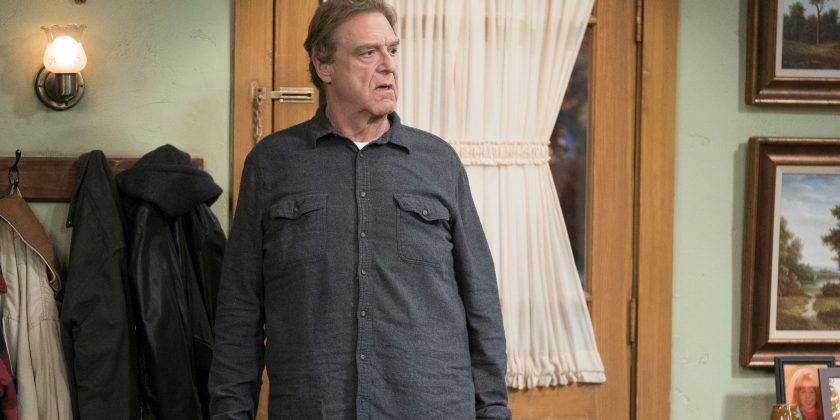 It’s politics, religion, and the ever-present ghost of Roseanne on Tuesday’s belated midterm election-themed episode of “The Conners.”

“The Separation of Church and Dan” saw America’s favorite working-class family go to church, Dad struggle with his faith in the wake of his wife’s death and Darlene’s son, Mark, navigating fractured political lines at the polls. Heavy topics for sure, peppered with the usual jokes to keep things from getting too dark.

Darlene (Sara Gilbert), Becky (Lecy Goranson) and Jackie (Laurie Metcalf) were concerned for Dan (John Goodman), who opened this episode looking like a zombie sleeping on the front porch, and then spent the rest of the show trying very hard to be alone. Not even an impromptu poker night organized by his daughters could raise his spirits.

“I don’t need my friends sitting around here feeling sorry for me,” Dan said before storming out.

Meanwhile, Mark (Ames McNamara) enlisted the help of Aunt Jackie in a polling assignment for school and found out just how volatile politics can be.

“As a pollster, your job is just to remain neutral and just record the answers,” Jackie told him calmly, but she couldn’t resist jumping for joy at a Democrat voter. “Blue Wave 2020!”

Jackie then found herself in a heated debate with a Republican over funding for the arts, that devolved into them screaming politically charged terms at each other: “Obamacare,” “the Wall,” “Benghazi,” “collusion,” and, of course, “fake news.”

“I work hard to pay my property taxes,” the man said, “and there’s a lot more important things to spend money on than the city wasting my taxes on a giant mural of a crying polar bear underneath a beach umbrella.”

Jackie then went to chase down a man wearing a “Make America Great Again” hat, leaving Mark to decide to write an essay about how heated politics are.