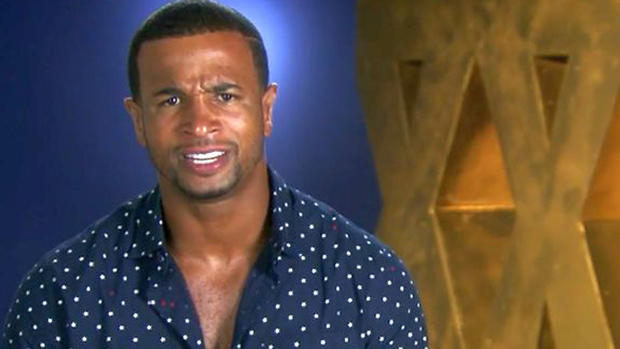 Just hours after news broke that ‘The Challenge’s Nelson Thomas was arrested for theft, he has spoken out about his past mistakes & how he’s making it right.

Nelson Thomas of MTV’s The Challenge has revealed to HollywoodLife.com in a statement that he turned himself in to police to “clear his name of a theft charge from 5 years ago.” The reality star was arrested for a Class B theft and booked into Hays County Jail in Texas on Dec. 20, which The Ashley’s Reality Roundup first broke. “The truth is that I’ve made many mistakes in the past. I’ve lived a beautiful, interesting, and at some times, hard life. When I think back to five years ago I remember how much I struggled and sacrificed to be successful. I made a mistake. And now I’ve done everything in my power to reconcile that mistake. My name is clear,” he said in the interview.

Nelson then took to Twitter to thank his fans. “Everyone has a past. No one’s hands are clean but God. I was not arrested. I turned myself in to clear my name on a charge from 5 years ago. This was an alternative to probation. I’ve been in full cooperation with all law enforcement. If you do the crime, do the time like a man,” he wrote, adding, “No regrets. Only lessons. Thank you to all my fans that continue to support me through the ups and downs.” In his emotional to statement to HollywoodLife.com, he also said “that anyone can transform their life for the better, no matter what their past says about them,” and his “My mother is proud of the man I’ve become.”

Following his arrest on Dec. 20, law enforcement officials from Hays County Jail told HollywoodLife that “Nelson turned himself in yesterday and he’s still in jail. He will be out in a couple of days.” As Nelson admitted, he has had several run-ins with the law before. He was booked for a theft charge in Dec. 2014, according to the Hays County Courts Records database. The same records show that he faced charges for driving with an invalid license twice, in 2011 and 2016, and then for driving with expired registration in 2011.

We’re really happy to see Nelson bouncing back from this and committing himself to a better path!