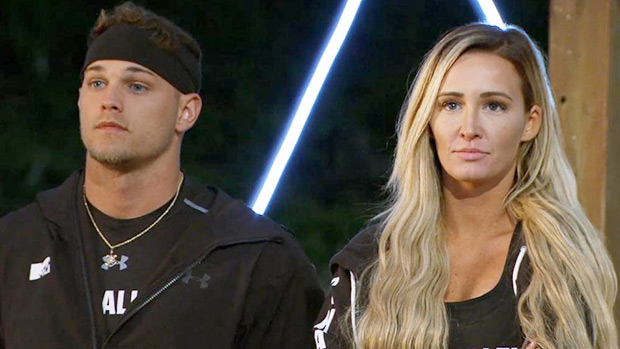 Fans of ‘The Challenge’ are torn over Ashley’s decision not to give Hunter half of the $1 million they earned on ‘Final Reckoning,’ and she took to Twitter to defend herself after the finale.

Ashley Mitchell took home $1 million on The Challenge: Final Reckoning, after finishing the final challenge faster than her partner, Hunter Barfield, and deciding to keep all the money for herself rather than splitting it with him. It’s the same vicious move Johnny Bananas made against his partner, Sarah Rice, on Rivals 3, and it proved to be just as controversial this time around. Ashley’s fans defended her power move, but she was also flooded with messages of hate for depriving Hunter of the money he helped her earn as her partner on the show.

Well, to those haters she had one message on Twitter after the finale aired: “The only fare I know is what I use to pay to ride the bus,” she wrote. “Life isn’t fair. That sucks.” However, she also added in another tweet that she “hates” watching the finale back, and admitted in a post-show interview that she did feel bad for Hunter in the moment. “I know he had a really rough season and I saw some parts of Hunter I had never seen before,” she told People. “But I can only imagine what that was feeling like. So, honestly, I was not feeling boastful or like gloating. I felt really, really bad for him and his family that’s going to be watching. I didn’t feel like he deserved that, but I did feel like I deserved the million dollars.”

Ashley revealed on the show that she was taking the money from Hunter because of the way he verbally abused her all season long. Specifically, she just couldn’t put out of her mind the comment he made about her being a “f***ing slut” and his threat about “coming for [her] family” if she cost him the win. However, she admitted to People that it was her plan all season long to take the money if the opportunity was given.

“I was sick of the men in that house being so misogynistic,” she explained. “Saying things like, ‘If a woman makes more money than you, that’s embarrassing, a woman should stay at home.’ And that’s mostly Hunter saying things like that.”

Ashley and Hunter beat Natalie Negrotti/Paulie Calafiore, Cara Maria Sorbello/Marie Roda and Joss Mooney/Sylvia Elsrode to win the Final Reckoning final challenge. However, individually, Ashley did better than Hunter, which is why the decision was left in her hands…and she was ultimately the sole winner.