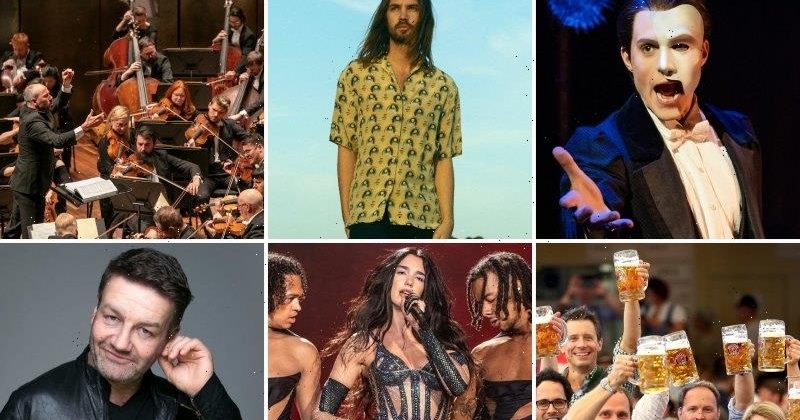 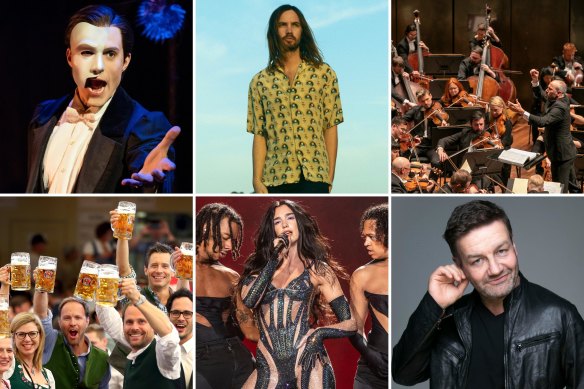 How to keep busy in Melbourne in October: see Phantom of the Opera, Tame Impala, Beethoven’s Fifth Symphony, Lawrence Mooney or Dua Lipa – or, get into the Bavarian spirit at Oktoberfest.Credit:Daniel Boud; supplied; AP

After a winter of bone-chilling temperatures, it’s becoming safer (and warmer) to venture outside to enjoy some of the best outdoor events the city has to offer. Catch up on the latest styles at Melbourne Fashion Week, party through the streets at the Fringe Festival, or get your fill of thrills at the beloved Melbourne Royal Show.

If indoor activities still beckon you, there’s plenty to delight the senses in the warmth: comedy specials, Beethoven’s Fifth, a convention centre filled with dogs and much more.

Various locations | October 14 – 23 | Prices vary
MonoNeon, Morgana, Dan Tepfer, Big Saturday and more will grace the many stages of the globally acclaimed music festival this month, offering the very best of jazz from home and abroad across 10 days. 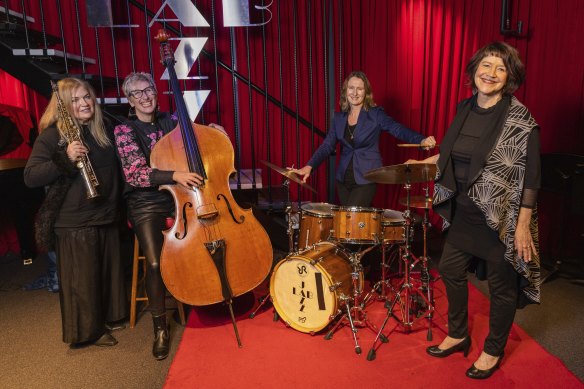 Morgana will be playing at this year’s Melbourne International Jazz Festival.Credit:Paul Jeffers

The Grass Is Greener

Geelong | October 30 | Tickets from $159.99
American rappers Ty Dolla $ign and YG will perform at Geelong Racecourse alongside Australian acts Pnau and Sticky Fingers, as well as Brazilian DJ Alok, deep house legend Zhu, and many others. The music festival is the first in Australia to introduce NFT ticketing – a digital ticket that potentially unlocks backstage passes and other on-site bonuses.

Lygon Street | October 15 | Register for free
Celebrate the 40th anniversary of the Melbourne Fringe Festival by marching in the parade – a walk around Carlton in support of the arts. Featuring decorated floats, costumes, music and dance, the march will end in Argyle Square, where food stalls and live entertainment will keep the party buzzing.

Melbourne Showgrounds, Ascot Vale | Until October 2 | Tickets from $25
Bring family and friends for live music, food, rides, farm activities and more. This year, the show introduces “The Show After Dark” which features 11 nights of live music, headlined by The Veronicas, Baker Boy and Sneaky Sound System. Children under 14 can attend free of charge. 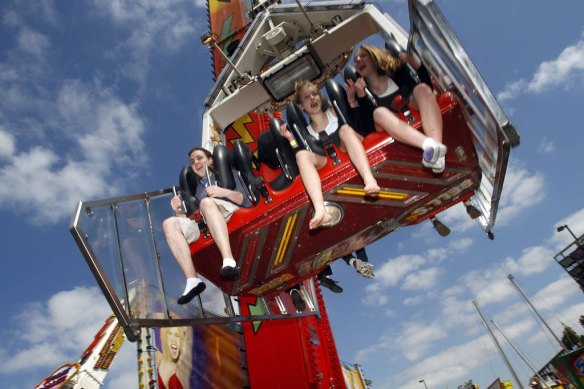 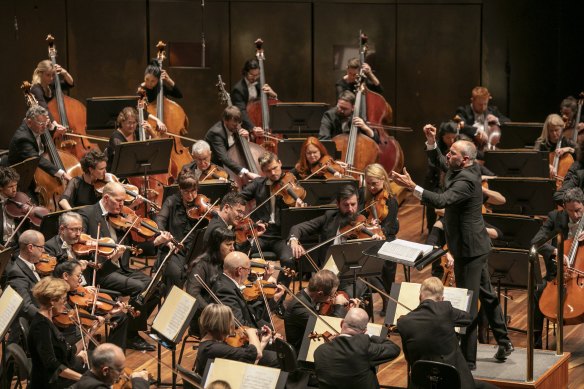 Ferdydurke, CBD | October 18 | Tickets from $27
Coming off the back of season two of RuPaul’s Drag Race: Down Under, drag queen Aubrey Haive is offering a comedic sketching workshop (all skill levels welcome) where you can laugh, sip wine, and take in the custom couture of drag.

The Phantom of the Opera

Arts Centre Melbourne | October 30 until 2023 | Tickets from $59
Andrew Lloyd Webber’s masterpiece is debuting on the Arts Centre stage, starring Josh Piterman (West Side Story) as Phantom. Having been postponed due to COVID-19 lockdowns, the show is finally arriving, featuring a cast and orchestra of 65, chilling operatic song, and impressive set pieces. 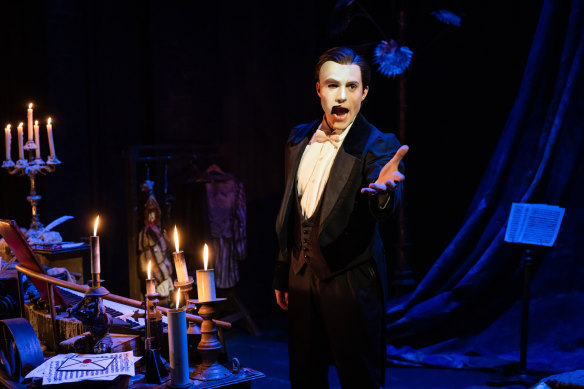 Josh Piterman as Phantom Of The Opera, in a new production by Cameron Mackintosh.Credit:Daniel Boud

Albert Park, Gasworks Arts Park | October 27 – 29 | Tickets from $79
Shimmery Couture brings you rhinestones, feathers and plenty of tassels in their debut performance of Burlesque, a show five years in the making. Set in Paris, the show follows Lady Shimmery as she navigates the world of cabaret and costumes.

Comedy Theatre | Until October 30 | Tickets from $85
Based on a true story, Come From Away follows the experiences of 7000 passengers who became stranded in Gander, Newfoundland, in Canada after the 9/11 tragedy. Brought to you by Irene Sankoff and David Hein, the musical depicts the human capacity for compassion, laughter and hope even in the face of disaster. 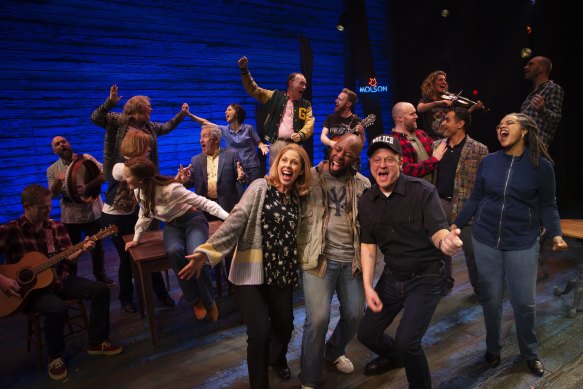 Heide Museum of Modern Art | Until October 16 | Museum admission
Known for his famous Field of Light showcase at Uluru, Australian-English artist Bruce Munro will exhibit his skillful use of light in both indoor and outdoor interactive installations at the Heide Museum. Munro works with kaleidoscopic images, light projections, and mirrors to create pieces reflecting time and communication. To top it off, the exhibition will offer food and mulled wine. 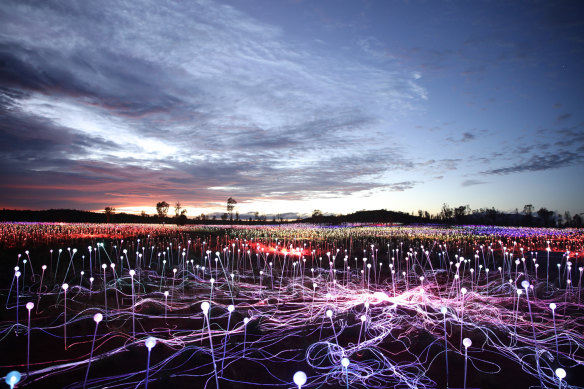 An Exclusive Evening with Dua Lipa

Palais Theatre | October 30 | Chance to win tickets on Nova 100
Although tickets for this exclusive, up-close concert with British singer Dua Lipa quickly sold out, there’s a chance to win the chance to sing along to Physical by tuning in to Nova 100 radio. With only a 2800-person capacity, it will be an intimate taste of the star’s upcoming Future Nostalgia tour. Featuring Sycco, Cat & Calmell and Ashwarya as supporting acts, you’ll be Levitating by the end of it. 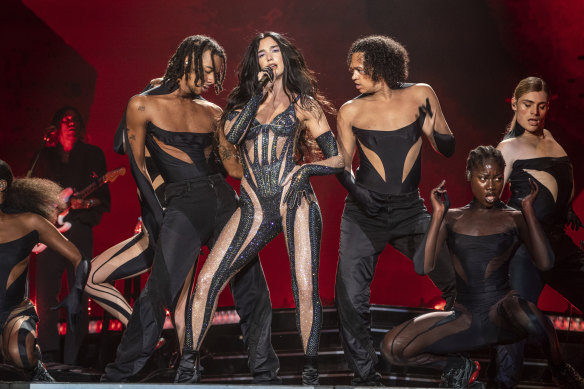 Dua Lipa will perform an intimate concert for one night only in Melbourne.Credit:Amy Harris/AP

Festival Hall, West Melbourne | October 6 | Tickets from $89.90
It’s been 16 years since the British pop-rock group released their multi-platinum debut studio album Inside In/Inside Out, filling our ears with bangers like Ooh La and Naive. Heading to Melbourne this month, the band will perform the entire album alongside some of their other greatest hits.

Rod Laver Arena | October 22 – 23 | Tickets from $99
Hitting up Melbourne on his The Slow Rush Australian Tour, psych-rock legend Tame Impala (Kevin Parker) will wow audiences with his multi-instrumental talent and smash hits like Eventually and Borderline. Joined by Genesis Owusu and Sycco, the show is bound to light up the senses and stretch the boundaries of musical experimentation. 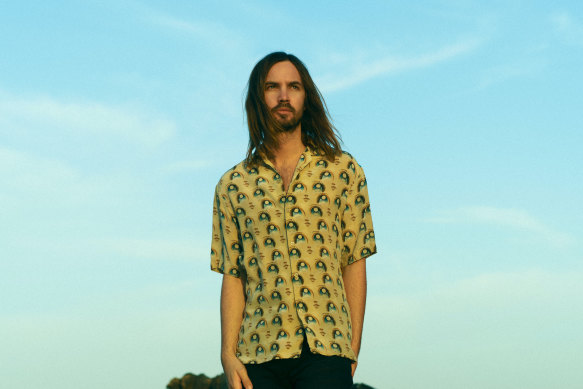 Arts Centre Melbourne | From October 21 | Tickets from $78
By Tony Award-winning British playwright Dennis Kelly and directed by Kate Champion, Girls & Boys is a gripping one-woman show, starring Nikki Shiels as the unnamed lead. Beginning in line for an EasyJet flight, the play follows the highs and extreme lows of a couple eventually immersed in darkness.

Gasworks | October 4 – 8 | Tickets $55
Zeus, Mount Olympus, and hip-hop ballerina goddesses – this all-female play completes the first chapter of The Chronicles of Olympus through acrobatics, song and dance. Part of the Fringe Festival, it’s an impactful feminist piece showcasing feminine power at the heart of Greek mythology.

Athenaeum Theatre | October 7 | Tickets from $44
Australian comedian, actor and former television presenter Lawrence Mooney has taken to the written word, presenting his new novel with comedic flair. Joined by comedian Sam Pang, Mooney will chat about the “behind-the-scenes” of his book, which parodies self-help and encourages everyone to accept their failings as strength. 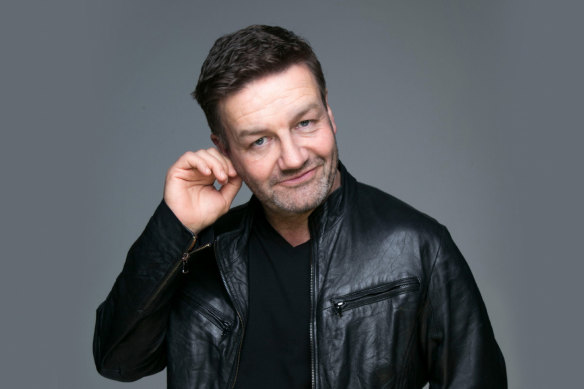 Lawrence Mooney will present his new book this month.

Various locations | October 10 – 16 | Ticket prices vary from free to $300
Melbourne Fashion Week is turning it up a notch this year, presenting cutting-edge runways in landmark areas of Melbourne, including Queen Victoria Market’s Dairy Hall and under the Bolte Bridge. Showcasing the best in global and local fashion, there will be runways, conversations with industry experts, workshops, and exhibitions. 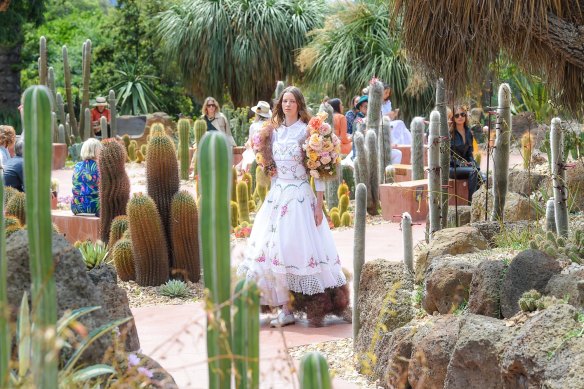 Launch of Melbourne Fashion Week in the Arid Garden in the Royal Botanic Gardens in 2020.Credit:Justin McManus

Melbourne Convention and Exhibition Centre | October 14 – 16 | Tickets from $20
Whether you’re a dog owner or just an admirer, the Dog Lovers Show will satisfy all your canine needs. Jam-packed with exhibitions, workshops, a “dog-lympics”, and plenty of cuddle opportunities.

Hofbrauhaus, Chinatown | Until October 29 | Free
Pull on your lederhosen and dirndls and prepare yourself for an evening of pretzels, sausages and beer. The event will come with competitions, live music, a bier garden, and the chance to be crowned the duke or duchess of Hofbrauhaus. 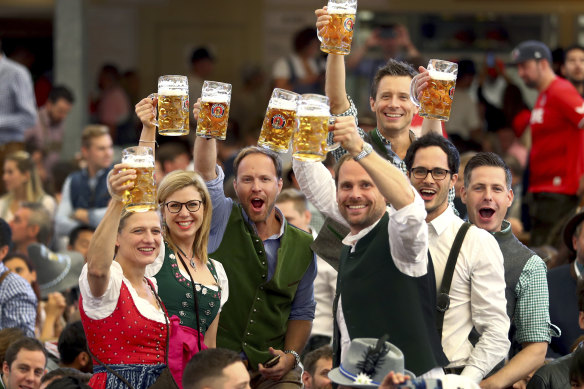 The opening of the 186th ‘Oktoberfest’ beer festival in Munich, Germany in 2019.Credit:AP